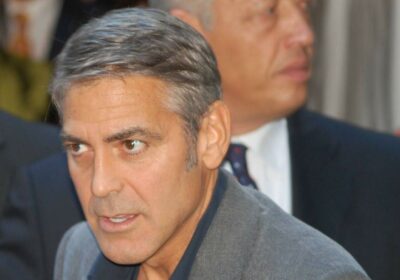 George Clooney is reportedly caught in a legal battle over the wine estate in Provence that he purchased last month.

According to reports, an Australian couple was first to purchase the property that boasts of 172 hectares of land comprising of woodland, an olive garden, a lake, a vineyard, a swimming pool, and a tennis court.

The couple, whose identities are being kept under wraps, reportedly secured the wine estate for over $7 million last August.

According to The Times, the initial buyer filed a lawsuit contesting the sale of Domaine du Canadel, which could lead to Clooney losing ownership of the wine estate despite buying it for over $9.8 million.

However, it is important to note that Clooney and his wife, Amal, weren’t aware of the alleged gazumping. And they didn’t also do anything illegal.

The Ocean’s Twelve actor is no stranger to the drinks and wine trade. He previously sold Casamigos Tequila to Diageo for $1 million. However, he didn’t purchase the Provence wine estate to launch a rose but to simply have another lavish property to his name.

Meanwhile, Clooney also made headlines recently after he invited his fans to join a raffle for a cause. The actor teamed up with Omaze to pick a winner and their plus one to share a meal with him and Amal.

The winner of the raffle will be transported to Italy and will be sent to Lake Como to spend a few hours with the Clooneys.

“When you daydream about life after COVID-19, do you imagine: Getting together with friends. Sharing a meal, maybe a few drinks. Talking about what you’re grateful for. Endless laughter. This is going to be just like that… except your friends are George and Amal Clooney. And you’re joining them at their beautiful home in Lake Como, Italy! You’ll enjoy a meal of their favorite local foods, cheers to life, and snap a photo to remember it all by,” Omaze said in a statement.

Those who wish to join the giveaway may purchase tickets via donations. And the proceeds will be donated to The Clooney Foundation for Justice.

The contest will end on July 16 and the winner will be announced on August 4. There is also a non-contribution option being offered on the site.

READ NEXT: 6 Ways George Clooney Earns And Spends His $600 Million

Source: The Drinks Business, The Times