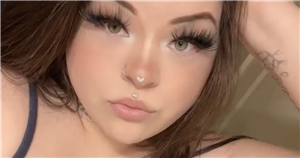 A woman has been praised after revealing how she got revenge on a postwoman who sneakily sent her boyfriend a text after getting his number.

The woman, who goes by the handle @Bougeestonerprincess_ on TikTok, said that the 'mail lady' took down her boyfriend's telephone number and text him to tell him he's 'cute', according to The Mirror.

She was furious at what the postwoman had done, so she decided to get revenge by calling her employer and informed them of her actions.

The woman shared her story on social media and added 'enjoy getting fired hun', and soon her fans began commenting their support. In her viral clip, which has been viewed over 55,000 times, the woman wrote: "To the mail lady who took my boyfriend’s number out of his mailbox to tell him he’s cute… enjoy getting fired, hun."

She then elaborated in the comments, saying: "She even messaged him that she would be on his route, not for long hun. She said she held his mail to the sun to read it and didn't open it."

"I filed a complaint and sent in the screenshots. Hopefully she gets fired, might even do jail time! I’ll happily testify."

Others soon began sharing their stories, saying that similar incidents had occurred to them. One said: "At the Dominos I work at a guy got fired for taking a girl's number and texting her. He was hitting on an 18-year-old as a 30-year-old married man."

As another wrote: "I moved from a place and filed complaints over a mailman doing this. I was scared to be in my own home it’s not ok at all!"

A third added: "I got a guy banned from Uber because he texted me from the app after he dropped me at my apartment back in 2017."

In other TikTok news, a beautician's eyelash makeover has caused a stir, as people claim they 'look like caterpillars'.