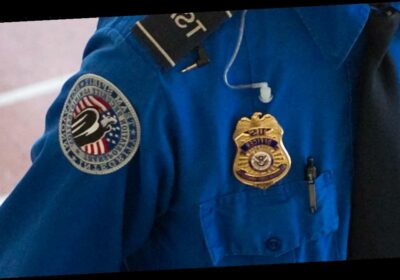 A former Transportation Security Administration agent who was accused of tricking a traveler into showing her breasts as she went through security at Los Angeles International Airport pleaded no contest to false imprisonment, authorities said. Johnathon Lomeli entered the plea Friday to a felony count and was sentenced to 60 days in county jail, 52 classes addressing sexual compulsion and two years of probation, California’s attorney general’s office announced.

Lomeli was also barred from working as a security guard. He was charged with using fraud or deceit to falsely imprison the woman in June 2019.

The woman told investigators that Lomeli told her he had to look inside her bra to ensure she wasn’t hiding anything, had her hold her pants away from her waist for a check, and then said he would take her to a private room for further security screening, prosecutors said.

But when they were alone on an elevator, Lomeli told the woman he could perform the screening there and ordered her to lift her shirt and show her breasts, then looked down her pants, she said.

Lomeli then told the woman she was free to go and added that she had nice breasts, authorities said.

After Lomeli was arrested, California Attorney General Xavier Becerra said that the former TSA agent’s actions represented a mistreatment of women that would not be tolerated, CBS Los Angeles reported.

“Women deserve to be treated with dignity and respect everywhere,” Becerra said. “There is no excuse for this kind of alleged behavior. It’s not okay on the street, it’s not okay in our schools, and it’s certainly not welcome at the airport. At the California Department of Justice, we’ll continue to do everything in our power to hold those who break the law accountable.”