Australia’s first high commissioner to Solomon Islands has complained of being “manhandled” by Scott Morrison’s security in regional Tasmania as he attempted to talk to the Prime Minister about mishandling the relationship with the Pacific island nation.

Trevor Sofield, the high commissioner to the Solomons from 1982 to 1985, was at a cheese shop and cafe with his wife in northern Tasmania when he tried to talk to Morrison. 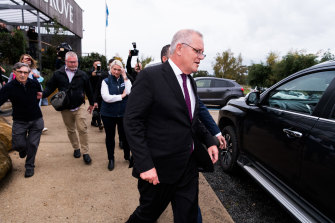 Trevor Sofield (left), a former Australian High Commissioner to the Solomon Islands tried to talk to the Prime Minister but security physically stopped him from approaching.Credit:James Brickwood

A controversial security pact between China and the Solomons has dominated the federal election campaign with Labor accusing Morrison of not doing enough to stop the deal from being signed.

“It’s pretty close to being criminal. This is a public space, a public carpark. I would like to express my view to the Prime Minister… the way in which he has mishandled our strategic interests in Solomon Islands. 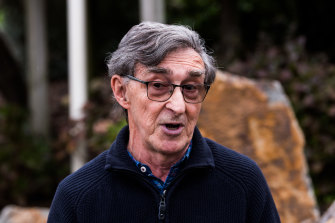 Trevor Sofield said he had insight into the way in which Australia ‘totally mishandled’ the Solomons. Credit:James Brickwood

“I was high commissioner there for four years, I think I have an insight into the way in which we have totally mishandled this particular aspect of our foreign policy. I’m in the electorate of Bass and the Liberal Party has lost my vote because of this major strategic blunder.”