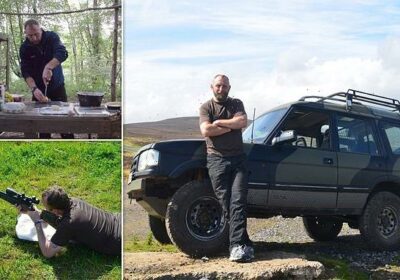 An army veteran who served in Afghanistan who ‘predicted Covid’ has spent the last 20 years stashing food around Britain to prepare for Doomsday.

While stocking up on supplies, he has also spent the last two decades finely tuning his Bear Grylls-style survival skills – ensuring he’d be able to brave the elements if the end of the world ever comes.

The window cleaner from Gateshead in Tyne and Wear believes the recent surge in food prices has ‘vindicated’ his way of life.

He said: ‘I started learning about survival, because I realised that the global economy was going to collapse one day. 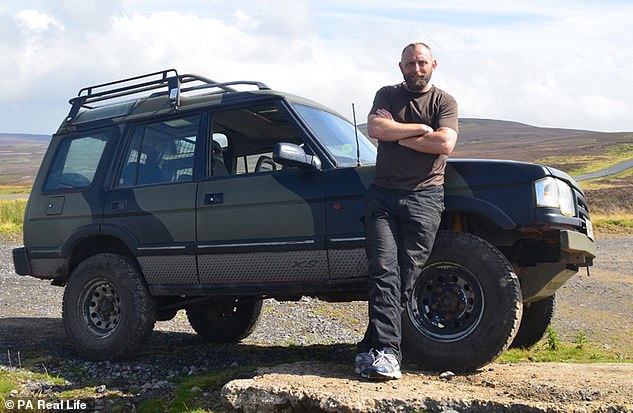 Ian Coulthard, 52, from Gateshead in Tyne and Wear, first developed his survival skills in childhood and has been honing them ever since 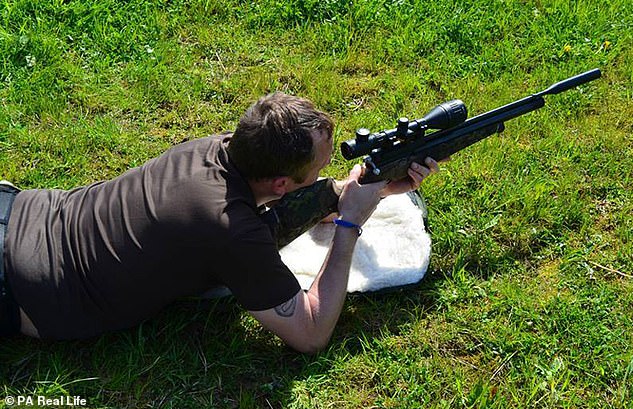 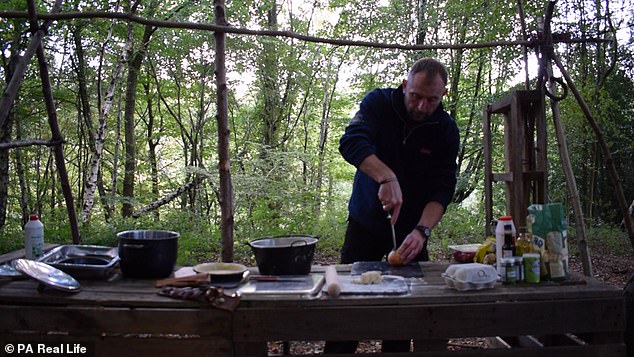 Ian often cooks in the outdoors, spending much of his time camping and hiking to find new hiding places for his food stashes

‘I figured some kind of pandemic would happen and a socio-economic collapse.

‘Doomsday preppers like me have been called paranoid for saying all of this, but it’s all happening in front of our eyes.

‘I suspected in 2016 that a pandemic was coming and in 2018 I told my neighbours and my family they needed to stock up on food before people started panic-buying.

‘In 2019, I insisted to my friends, family and neighbours that they stock up on food because I knew things were going to go south.’

In fact, Ian had acquired so much stock for lockdown he was even able to help out his friends who weren’t so well prepared.

He said: ‘I gave my friend most of my food stock because he had kids and he was struggling. 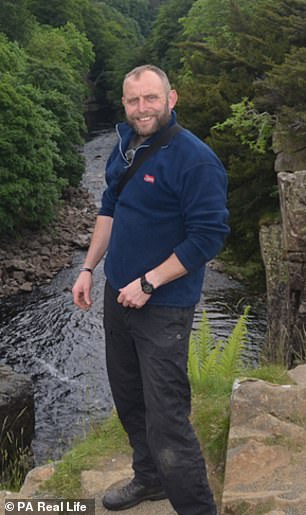 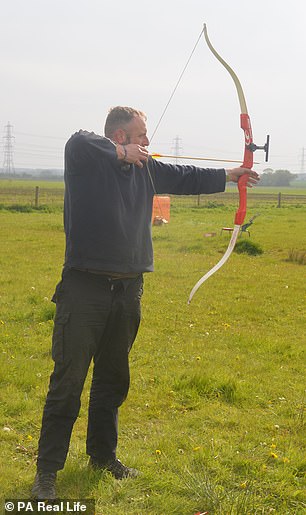 Ian has honed skills like archery, making fire and hunting to make sure he will survive if Doomsday comes – and he thinks people who are unprepared are ‘zombies’ 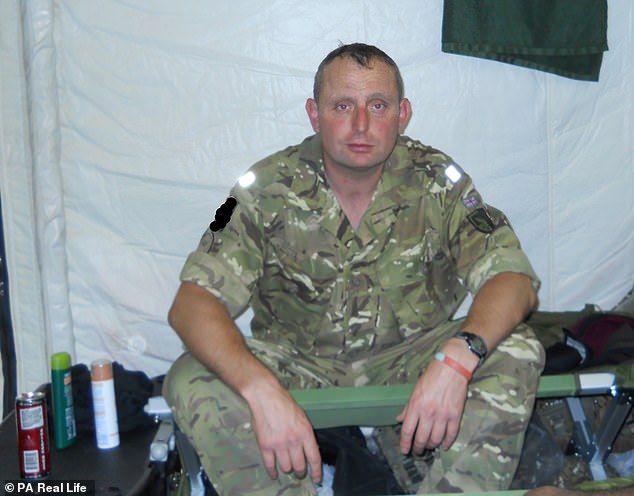 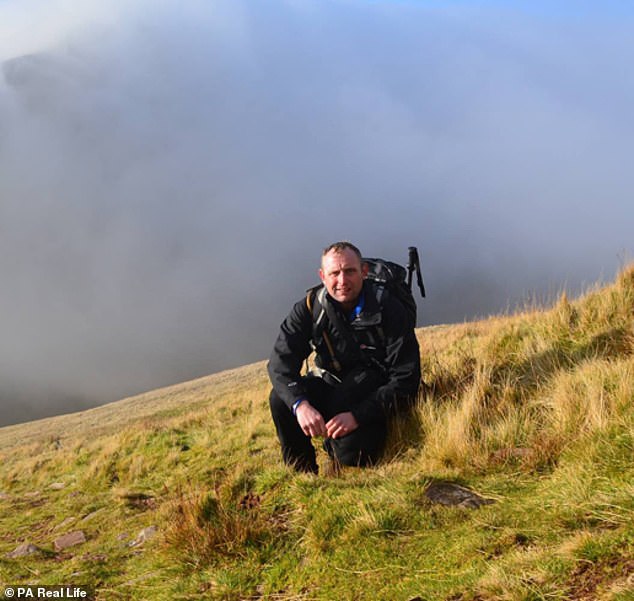 ‘I was rotating my food stashes, so I gave him lots of tins. With what’s coming, food is going to keep getting more expensive.’

If it’s not a pandemic he’s preparing for, single Ian also claims he’s ready for a civil war or a catastrophic terrorist attack.

Despite taking such extreme measures the former soldier, who served in Afghanistan in 2010 and 2013, insists he’s just ‘a normal man with a mortgage.’

As well as stocking up, Ian has spent the last two decades honing his survival skills to make sure he could survive living in the wild and hiked across Britain to search for the best hiding spots for his supplies.

He chose five secret locations – in Wales, Cornwall, the Yorkshire Dales, Northumbria and Scotland – where he has stored food and essentials.

He sorted each stash into army ration-inspired packs, including 5,000 calories of food – consisting of sweets, chewing gum, cakes, and dried meals, as well as first-aid supplies – which should last up to three months.

These are hidden two or three feet below the ground and wrapped in plastic, so animals can’t get to them.

‘I have been hiking for many years and I love discovering the best places for me to go in case of Doomsday,’ Ian said.

‘I have planned everything, so I can go in a certain direction to pick up supplies, and there will be a couple of weeks’ worth of essentials for me.’

If his stocks ever run out, Ian is still well prepared for what’s to come – because he grows his own potatoes and hunts regularly. 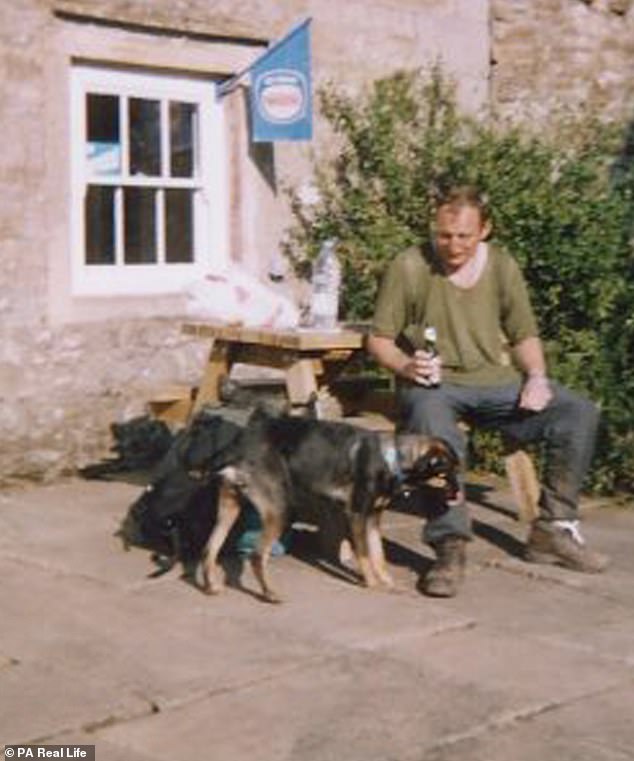 Other contingency plans he has put in place are a 17-ft sailboat – in the event he ever has to flee to Norway – two Land Rovers and two canoes.

He said: ‘Throughout the centuries, in every generation, we tend to have wars. It’s just human nature.

‘Vegetables like carrots, peas, potatoes, sweetcorn all last a very long time so they are great foods to buy in tins.

‘And even when I grow my own food, I’m always experimenting, to learn how to live in the wild with nothing.

‘I started growing potatoes in buckets just to see if it worked – and incredibly it does.’ 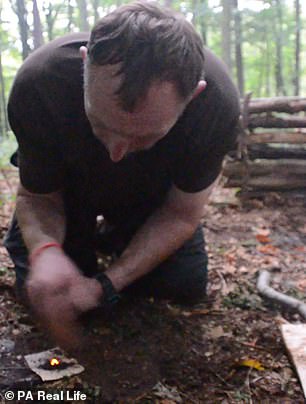 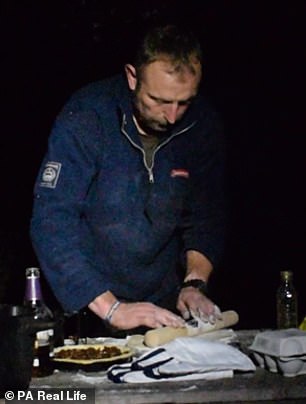 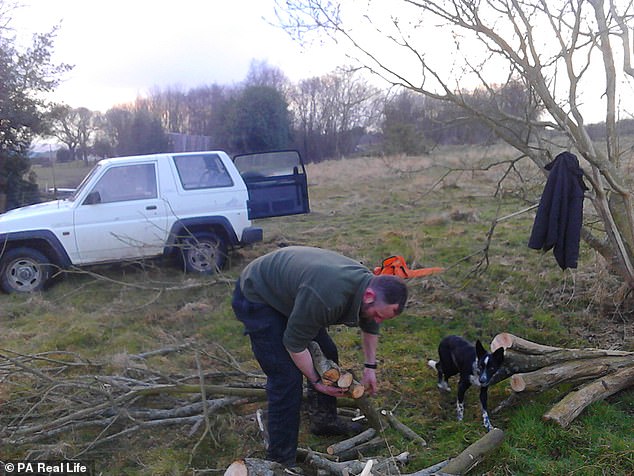 Ian, who claims he ‘predicted Covid,’ has been preparing for another disaster ever since lockdown ended and thinks everyone else should follow suit. Pictured: Collecting firewood with his dog, Pepper 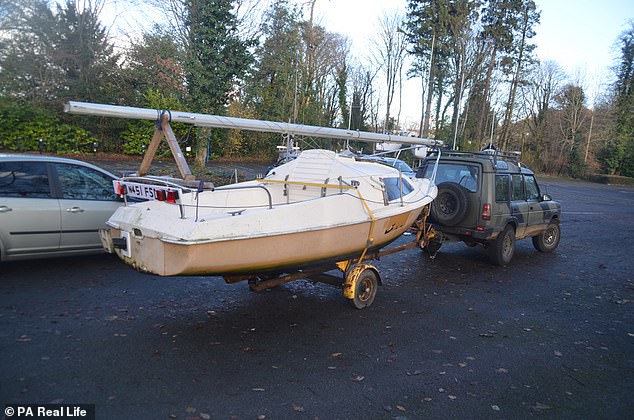 As well as canoes, Ian also has a sailboat in case he ever has to flee the UK and head to Norway

The expert map reader spends most of the year camping out with his dog Pepper and living according to ‘bushcraft’ – the use and practice of skills in order to survive and thrive in a natural environment.

He said: ‘Bushcraft is essentially using what is in our natural world and putting it to good use.

‘But prepping is about preparing for a situation that may or may not happen.

‘The thing about survival is you need to know how to use anything to survive, while you get back to a safe environment.

‘I have, sometimes unwittingly, been prepping my entire life.’

He added: ‘My ex-girlfriend used to say that I could sleep on a fence post or on a washing line. I just get used to sleeping anywhere.’

For those who aren’t prepping for Doomsday, Ian dismisses them as ‘zombies’ who will be sorry when the day actually comes. 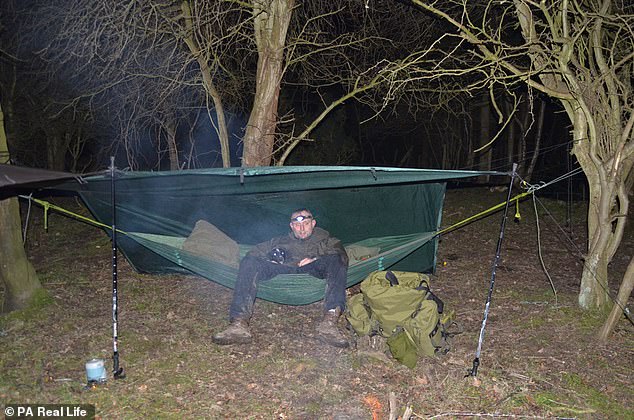 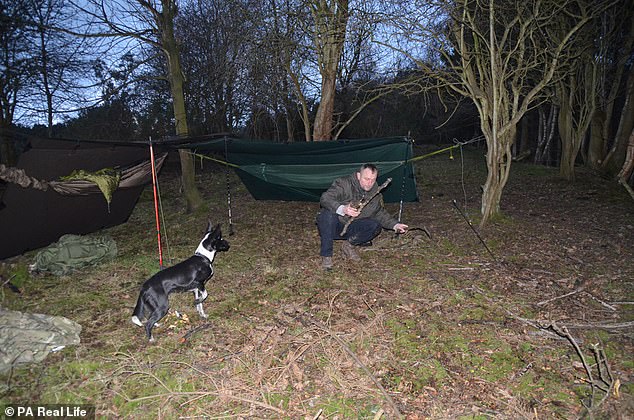 He said: ‘People who don’t think prepping is necessary, we call them zombies. When it all goes down, they will be the ones panicking and attacking people to survive.

‘They’re going to be ravenous. Things are going to get worse, and there will be far less supply of everything.

‘People will learn how expensive life is going to get. There’s a lot of unrest and there could be a civil war.’

Although Ian has spent his entire life preparing for Doomsday, he can’t guarantee he would survive it – although he thinks he has a ‘fighting chance.’

He said: ‘It’s arrogant to say you will definitely survive Doomsday unless you have a bunker, but what I have been learning gives me a better chance of doing so.’

After spending his childhood foraging in woodlands in the North East, Ian thinks he had a good foundation to build his survival skills upon.

He said: ‘I grew up with an allotment, so growing fruit and vegetables is second nature to me. My dad was a keen gardener. He grew tomatoes, potatoes, cauliflower and broccoli.’ 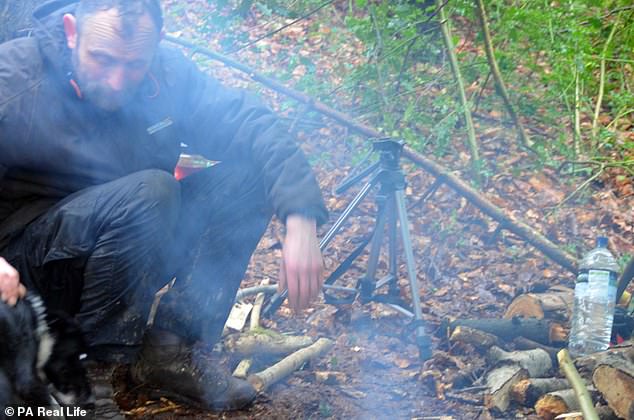 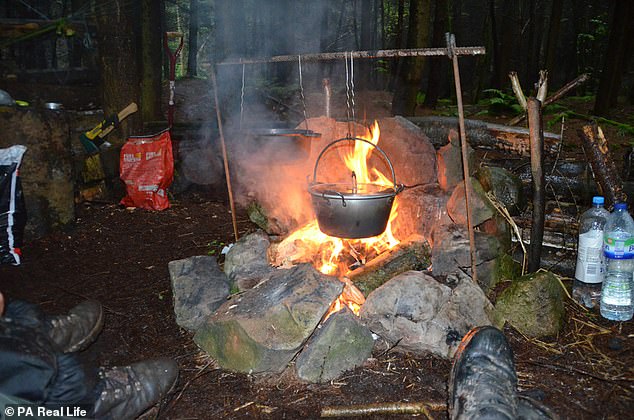 Despite loving the outdoors and spending his time preparing for Doomsday, Ian claims he’s just a normal man with a job and a mortgage

Now he is urging young people to learn essential skills such as archery, butchery and how to make fire from friction, and permaculture, so they, too, have a chance of surviving in a post-apocalyptic world.

He even runs the Preppers UK Facebook page, which advises others on how to survive the apocalypse.

He said: ‘The world is incredibly unstable and even children should be learning about how to prepare food in the wild. Even things like archery and butchery are essential.’

But, despite a life spent outdoors preparing for the worst, Ian insists he is just a ‘normal man’ who leads a normal life, as he goes to work each morning, drinks his tea and pays a mortgage on his house.

He said: ‘I don’t worry about the world ending every day, but prepping might save my life one day.

‘I feel like a normal person with a normal life, I go to work and have my tea just like everyone else.

‘I have a house, I pay my mortgage. I still live a normal life. I just love going hiking and being in the outdoors.

‘When I’m not working, I’ll be improving my survival skills and going out as much as I can.’