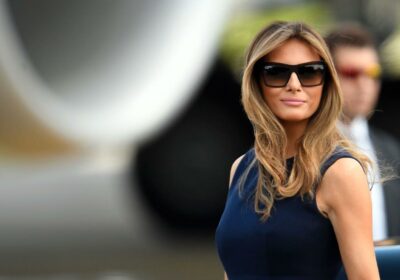 NFT is a digital asset that uses a blockchain to record the ownership status of a digital object. This blockchain serves as a public ledger that allows everyone to verify the authenticity of the NFT. The former first lady stated that their first offering would provide the buyers with an amulet that would inspire them. Next year, the former first lady will offer another NFT, which she describes as a one-of-a-kind auction of some historical importance which will include both digital and physical artwork as well as a physical accessory that is one of a kind. She did not explain further what the next NFT entails, but she is excited about it.

The watercolor of Trump’s eyes that is part of her NFT is a work by a French artist who is frequently seen on top fashion magazines, Marc Antonine Coulon. With Melania Trump’s history as a model before she even met her husband Donald Trump, the collaboration is not surprising. Trump’s NFT will be powered by Parler, the social media platform that attracted a lot of her supporters after the larger platforms have cracked down and removed users who posted in a manner that violated the terms of the said platforms.

Along with the statement, Trump also announces that she would donate a portion of the proceeds in assistance to the aging children in the foster care system. When asked about how big the said portion will be, her office did not further comment about it.