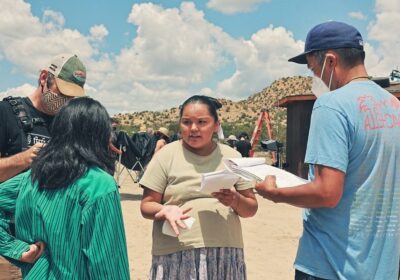 Film and TV workers will finally be able to take off their masks, as the entertainment unions and the studios have agreed to relax the industry’s COVID protocols.

The loosened regulations will also mean less frequent testing during productions, though workers will still be required to get tested before starting a new job.

The industry’s COVID protocols were set to expire on April 30, but were extended by a week as the studios and unions continued to negotiate modifications. The relaxed rules on masks and testing apply only in areas that have low COVID hospital admissions — meaning the rules could be reimposed if there is a surge in hospitalizations. Employers are also given the power to require masking and increase testing frequency if circumstances change.

The update marks the biggest change to the protocols since they were first enacted in September 2020. The studios negotiated the agreement with SAG-AFTRA, the Teamsters and other Basic Crafts, the International Alliance of Theatrical Stage Employees, and the Directors Guild of America. The latest agreement will be effective through at least July 15.

The vaccine rules in remain unchanged, as employers still have the authority to mandate vaccines and booster shots, but only in “Zone A.” The zone refers to actors and other workers on set, plus those who come in contact with actors — like makeup artists. There is no vaccine mandate for workers outside of Zone A.