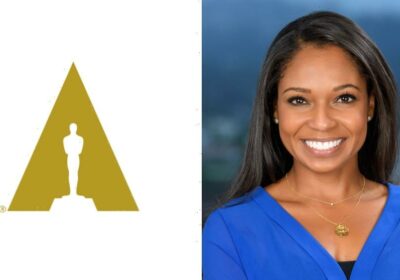 In her role, English will lead the Academy’s initiatives designed to address underrepresentation across the industry. She will also oversee the Academy’s talent development programs, known as Academy Gold. The programs include the Gold Rising internship and mentorship program, Gold Fellowship for Women, Student Academy Awards, Academy Nicholl Fellowships in Screenwriting and the Gold Alumni Program. In addition, English will continue to oversee the Academy’s sustainability, representation, inclusion and accessibility efforts.

“Over the last two years, Jeanell has been an invaluable part of our evolving Academy team,” Kramer stated. “Her commitment to diversity, equity, accessibility and inclusion has driven progress across Academy departments, as have her contributions to creating a more sustainable and accessible institution.”

English joined the Academy staff in 2020 and most recently held the position of vice president, impact and operations. Before joining the Academy, English worked for more than a decade in global diversity and inclusion strategy, employee engagement, corporate social responsibility, cross-cultural training and talent management. She was recently a director at Discovery, Inc., now Warner Bros. Discovery.

The Academy continues to assemble and position all its players to bring it into a new era. After Kramer’s appointment, he began his duties on July 1, earlier than the planned July 18 start date. Before being CEO, Kramer was the president and director of the Academy Museum of Motion Pictures, which opened in September 2020. Jacqueline Stewart was just named its new director and president.

The 95th Oscars will be held on March 12, 2023, and will air live on ABC in more than 200 territories worldwide from the Dolby Theatre in Hollywood.