Federal agents arrested a man on Wednesday who stormed the U.S. Capitol in a George Washington costume during the deadly Jan. 6 insurrection.

The FBI said in an affidavit that it had received an anonymous online tip on Feb. 26 from someone who claimed that an employee of Yoder Lock and Key in Nevada, Missouri, was involved in the Capitol riot. The tipster said they were unsure of the man’s first name but knew “he was inside the Capitol and was dressed as George Washington” on Jan. 6, according to the affidavit.

The “About Us” section of Yoder Lock and Key’s website displays a photo of its owners, Isaac and Kelly Yoder, with Isaac Yoder clearly posing in colonial-era clothes: 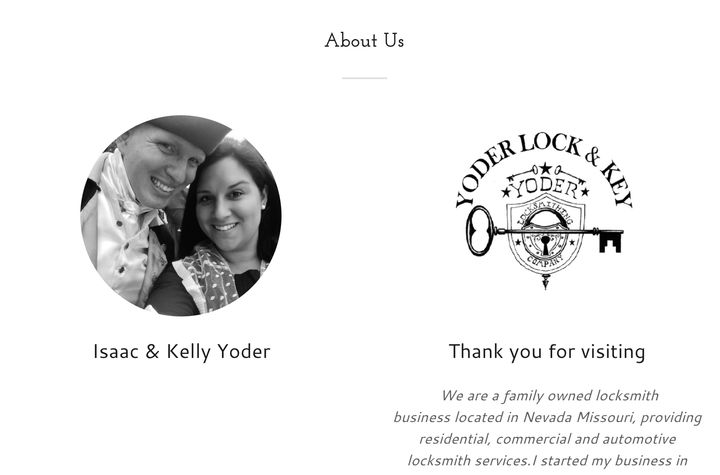 On March 16, Yoder agreed to be interviewed by the FBI in Joplin, Missouri. He told agents he had entered and exited the Capitol on Jan. 6 through a “west facing door,” according to the affidavit. He said the situation had “appeared somewhat under control,” and that he was “sure that he was captured in multiple images” at the Capitol.

Just days later, Newsweek published an interview with Yoder, who told the publication that if the Capitol rioters had wanted to cause trouble, there would have been “piles of bodies.” He again admitted to entering the Capitol that day after hearing then-President Donald Trump speak, and that wearing a George Washington costume was his way of paying tribute to the founding of America.

“Most of us out there are on the side of the aisle who are the gun owners,” Yoder told Newsweek. “If we had collectively gone there to cause trouble there would have been piles of bodies. We could have leveled things.”

With that admission from Yoder in hand, the feds employed the same kind of digital dragnet they have used in other Jan. 6 prosecutions to seal up the case against “George Washington.” 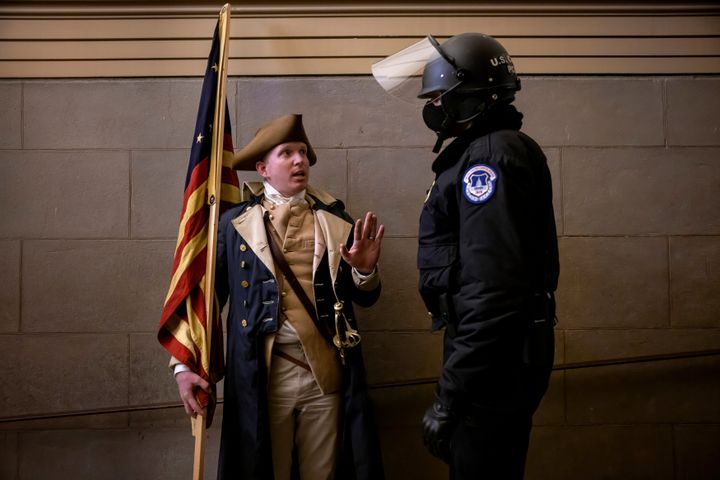 The FBI affidavit in the Yoder case alludes to facial recognition, which the feds and online sleuths have used to identify participants in the Capitol attack. The affidavit said a “comparative analysis” of Yoder’s Missouri driver’s license photo and “social media photographic data” identified “an image of a white male dressed in colonial attire standing beside a woman inside the United States Capitol Building on January 6, 2021.”

Surveillance footage from the U.S. Capitol, the FBI affidavit stated, also showed Yoder “stopping so people could take his picture” inside of the crypt at the U.S. Capitol. (There was a plan to entomb the body of the real George Washington below the Capitol Crypt and rotunda despite his desire to be buried at Mount Vernon, but it never came about.)

According to the FBI, the Yoder Lock & Key website photo and Yoder’s driver’s license photo show he was the “George Washington” photographed at the Capitol.

AT&T records federal agents obtained through a search warrant revealed that Yoder’s phone had “utilized a cell site consistent with providing service to a geographic area that includes the interior of the United States Capitol building.” When the FBI interviewed Yoder in March, the affidavit said, he brought along both his cell phone and “the colonial attire he wore on January 6.”

The FBI has made more than 550 arrests in connection with the Jan. 6 attack. Many of the defendants, like Yoder, face misdemeanor charges with a maximum sentence of six months in prison, and many will not serve any time.

Six defendants have been sentenced so far. The longest sentence went to a felony defendant, who was given eight months in prison. Two misdemeanor defendants sentenced earlier on Wednesday ― Joshua Bustle and Jessica Bustle ― received probation as well as one and two months of home detention, respectively.

Read the FBI’s affidavit for Isaac Yoder below.