Home » Lifestyle » 'Excuse Me'! Ariana Grande's Blonde Transformation Has Fans in a Frenzy

'Excuse Me'! Ariana Grande's Blonde Transformation Has Fans in a Frenzy 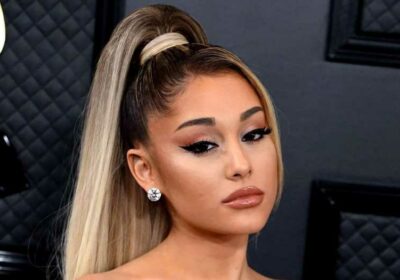 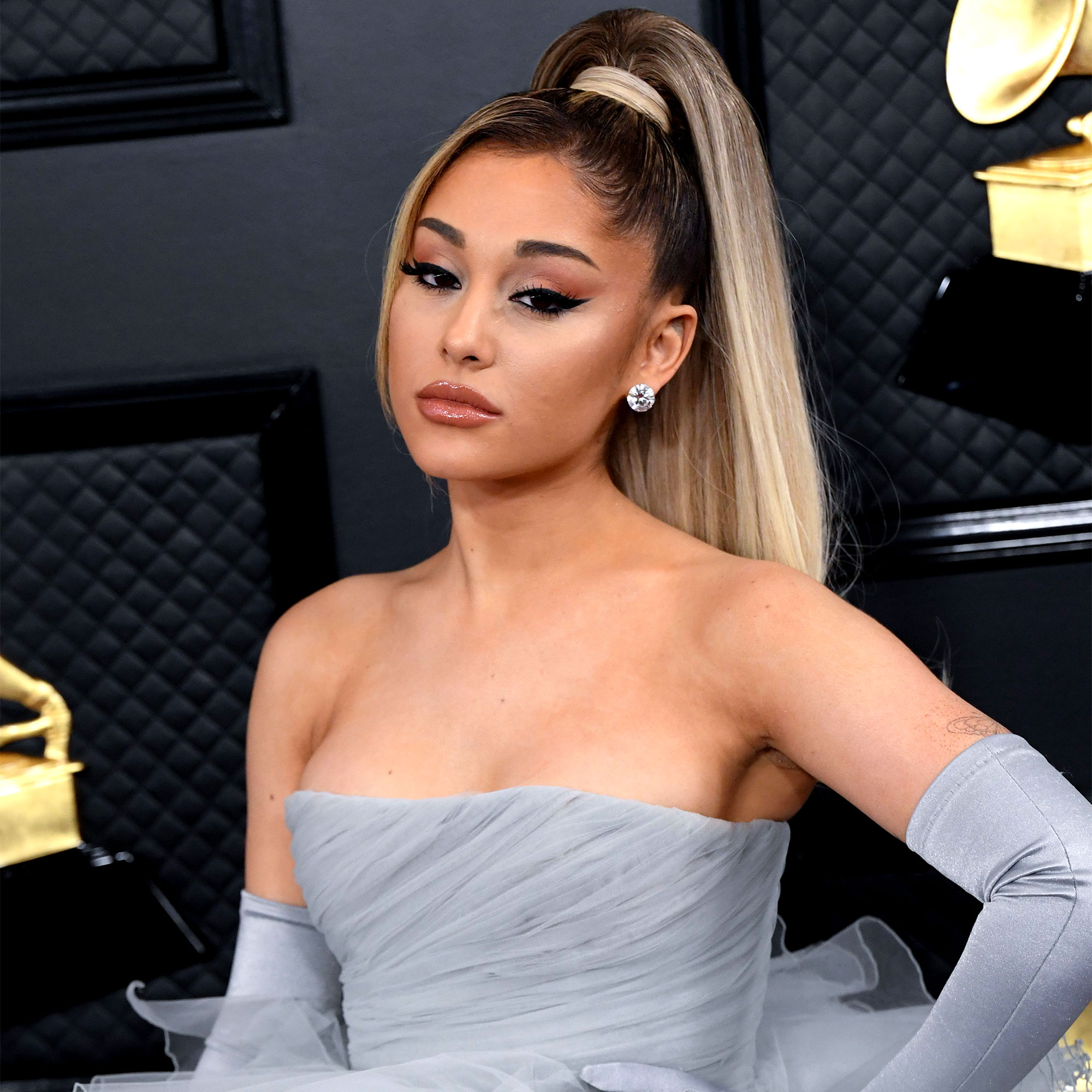 Do blondes have more fun? Ariana Grande is looking to answer that question as she debuted vanilla locks.

The “Focus” singer, 29, unveiled her new ‘do via Instagram on Wednesday, October 26, stirring fans into a frenzy. “New earrings,” Grande coyly captioned the social media post, which showed her rocking a bright blonde ponytail. While it is not immediately clear whether the hitmaker colored her tresses for her role in the 2024 film adaption of Wicked, one fan is calling the hair makeover Grande’s “GLINDA ERA!!!!!”

Grande previously went platinum blonde in 2016 and was seen with a sunny-colored mane on the cover of British Vogue in 2018. She later sported a dirty blonde crown at the 2020 Grammys.

‘Wicked’: Everything to Know About the Ariana Grande-Led Films Based on the Broadway Musical

Her current stint as a blonde comes after she had been rocking a deep brown hue. In addition to chocolate and blonde, the Florida native has dyed her hair gray, lavender, dark purple and ombre. She also famously sported red hair while appearing on the Nickelodeon sitcom Victorious. 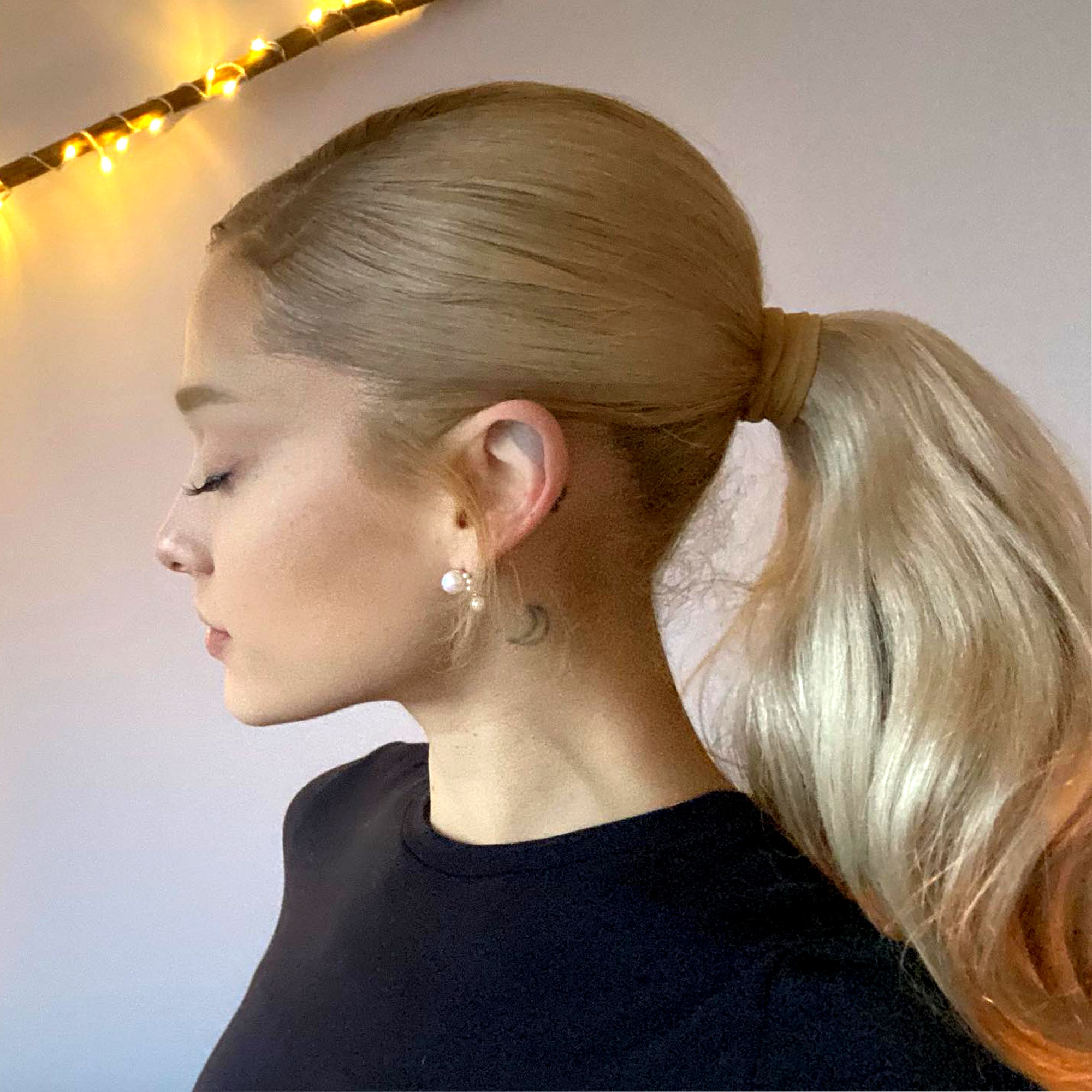 Though the color of her hair has changed through the years, Grande’s hairstyles have not. The songstress often sports a high ponytail, which she explained in 2014 is due to damaged ends from constantly color treating her locks while on Victorious and Sam & Cat.

“Since people give me such a hard time about my hair, I thought I’d take the time to explain the whole situation to everybody,” she wrote via Facebook at the time, per Allure, after her followers questioned why she doesn’t switch up her look. “I had to bleach my hair and dye it red every other week for the first 4 years of playing Cat… as one would assume, that completely destroyed my hair I now wear a wig on Sam & Cat. My real hair is back to brown, and I wear extensions, but I wear it in a ponytail because my actual hair is so broken that it looks absolutely ratchet and absurd when I let it down. I tried wigs, they looked RIDICULOUS.”

Ariana Grande Through the Years

She added: “Tried a weave because I am working on a new project and want to try some different looks and literally wanted to rip my scalp off. So as annoying as it is for y’all to have to look at the same hair style all the time, it’s all that works for now (AND I’m comfortable for the first time in years)…. And trust me, it’s even more difficult for me to have to wait forever for my natural hair to grow back and to have to wear more fake hair than every drag queen on earth combined. So PLEASE gimme a break about the hair (or just don’t look at me lol). IT’S JUST HAIR AFTER ALL. There are way way way more important things. Love y’all very much.”