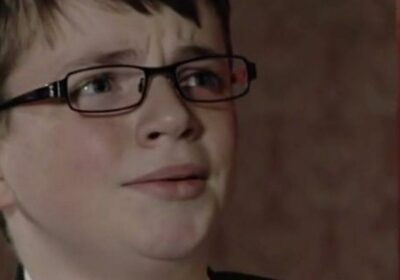 If you’re an EastEnders fan then you’ll likely remember Ben Mitchell from the hit soap.

Charlie Jones was one of a few actors to play Phil Mitchell’s son in the soap, and he was the longest serving of all of them.

Charlie first graced fans with his presence in Albert Square back in 2006 after the “death” of his mum Kathy Beale, who later was found out to be alive.

But Ben went off the rails, and ended up burning sister Louise’s arm and attacking Jordan with a spanner, landing him in prison for eight months in 2010.

When Ben Mitchell returned, he was played by a different actor, Joshua Pascoe, and since 2014 the part has been played by Harry Reid.

But what is Charlie Jones up to now? Well, apart from looking significantly different to what we might remember seeing as he’s now grown up, Charlie has stuck with acting.

The soap star studied acting at the Academy of Live and Recorded Arts, and while in EastEnders you might remember him as a young lad who sported glasses and a cheeky grin, now the youngster is 22 and looking grown up.

While on EastEnders, Ben was embroiled in some very dark storylines, however that didn’t stop the star from being reportedly distraught when his time on the soap came to and end.

Charlie was 13 at the time of leaving the soap, and he reportedly had to be “consoled” by his chaperone.

An EastEnders spokesperson commented: "It's common practice in continuing drama to recast actors employed as children to take on more challenging adult storylines."

Charlie returned to screens, not in EastEnders but in Noughts and Crosses, to the delight of viewers.

Fans were left in disbelief when they recognised the actor, who plays Danny in the show, from his EastEnders days.

Unfortunately, Charlie’s time on the show was cut short was he was murdered in his hospital bed in a tragic twist.

It was reported in 2018 that Charlie had landed himself a fellow actor girlfriend named Flora London the pair shared lots of photos alongside one another.

In an Instagram post, the star also revealed he had filmed a remake of an iconic Only Fools and Horses scene.

Clad in a sheepskin leather jacket, the former Ben Mitchell star certainly looks all grown up.