Home » Lifestyle » Everything you need to know about Line of Duty actor Adrian Dunbar, from career to wife

Everything you need to know about Line of Duty actor Adrian Dunbar, from career to wife 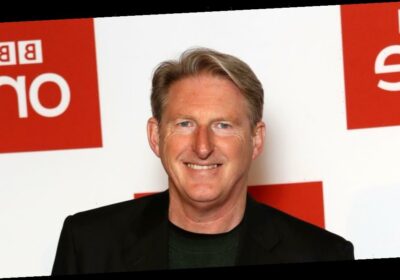 He is best known as Superintendent Ted Hastings in BBC’s Line of Duty which is set to return for the much-anticipated series six on Sunday.

But when he is not running AC-12 in the hit police drama, what do we know about actor Adrian Dunbar?

How old is Adrian Dunbar?

The actor grew up at the height of The Troubles in a Catholic family with his father Sean working as a carpenter while his mother Pauline was a homemaker.

He went onto study at Guildhall School of Music and Drama in London.

Who is Adrian married to?

Adrian married Australian actress Anna Nygh in 1986 after the pair were set up by actor Joanna Whalley – the ex-wife of Top Gun actor Val Kilmer.

The couple live in Highgate, north London, and share a daughter called Madeleine, 33.

Adrian also has a stepson named Ted, 39, along with grandchildren who all live in London.

What has Adrian starred in?

The Ted Hastings actor appeared in My Left Foot (1989) and The Crying Game (1992) after finishing drama school.

Adrian also co-wrote and starred in the 1991 film Hear My Song which received a BAFTA nomination.

He has also performed with The Royal Shakespeare Company and the Royal Court Theatre during his acting 30-year career.

Meanwhile Adrian has also had roles in TV programmes including A Touch of Frost, Inspector Morse, Murphy’s Law, Ashes to Ashes and Kidnapped.

He joined the cast of Line Of Duty in 2012 as Superintendent Ted Hastings where he is known for his Northern Irish sayings including ‘Mother of God’.

Adrian has also revealed he was ‘blindsided’ by the attention he has received in the role and told TheTelegraph: “I thought there would be a lot of things that would come off the back of this part but definitely not being a sex symbol.”