Eros, Come Back! Does Harry Styles Appear in 'Thor: Love and Thunder'? 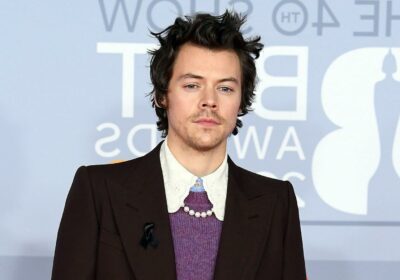 The return of Eros? Now that Harry Styles is part of the Marvel Cinematic Universe, each new movie comes with the possibility that he’ll appear — and Thor: Love and Thunder is no exception.

The Thor sequel, which premiered on Friday, July 8, is the third Marvel movie to hit theaters since the Grammy winner, 28, made his MCU debut in 2021’s Eternals. The “Watermelon Sugar” crooner made a cameo in a post-credits scene, playing Eros (a.k.a. Starfox), who is the brother of Thanos (Josh Brolin). 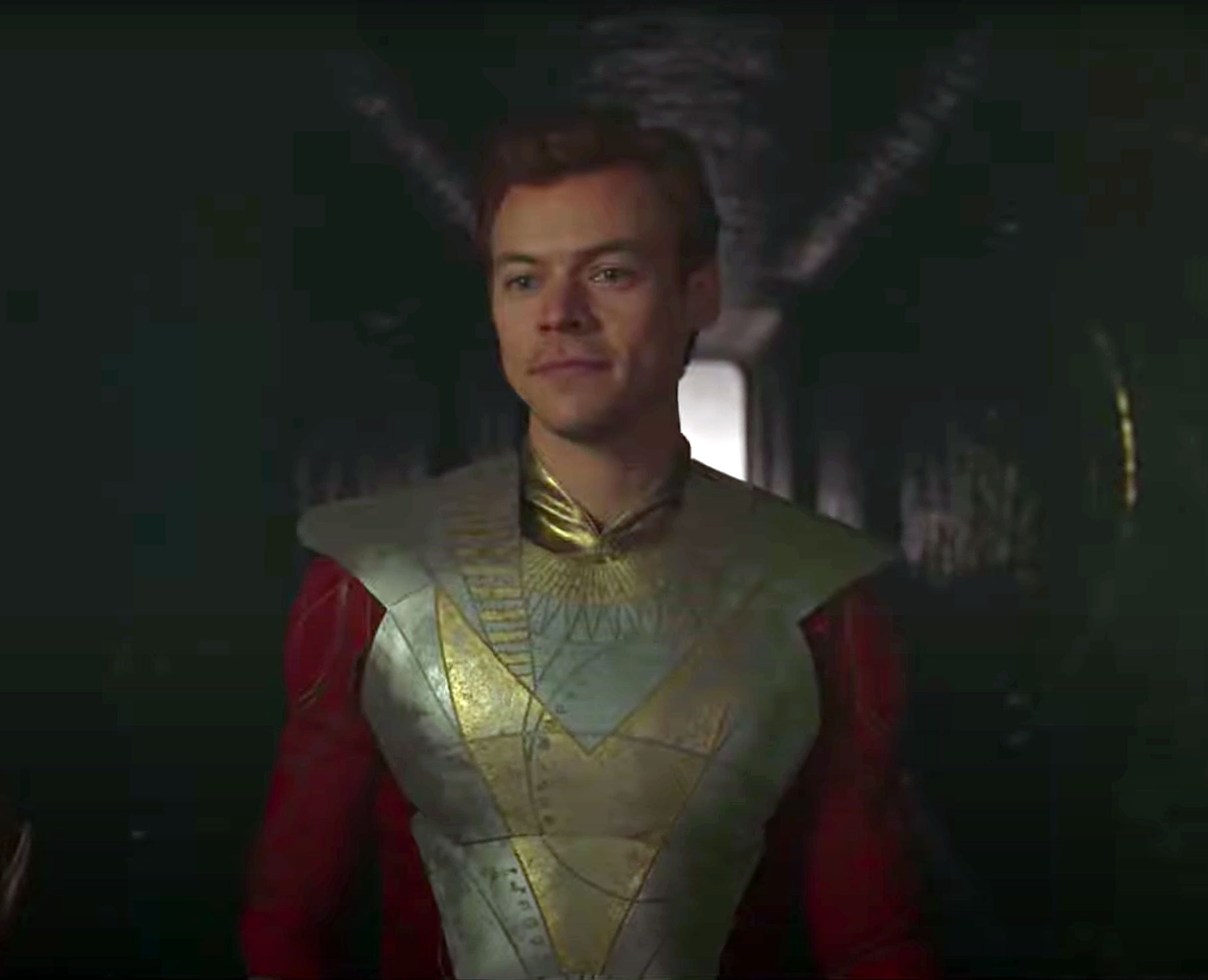 When the first Love and Thunder trailer dropped in April, fans were quick to notice that one shot had seemingly been edited to remove a character on the left side of the frame, as there was a large gap next to Thor (Chris Hemsworth) and Korg (Taika Waititi). “Someone’s definitely been edited out of this shot, looks very off centre,” one eagle-eyed observer tweeted at the time. “They wouldn’t have left a big empty space next to Thor if it were just him and Korg in the shot.”

Some fans theorized that the scene was edited to hide a spoiler-y cameo, with some viewers suggesting the allegedly missing person could be Captain Marvel (Brie Larson) or Loki (Tom Hiddleston). But Styles fans, of course, hoped that the U.K. native was the person standing next to the God of Thunder.

[WARNING: Spoilers for the fourth Thor movie are below.]

Unfortunately, he wasn’t — the One Direction member doesn’t appear in that scene or any others in Love and Thunder, including the post-credits sequence. It’s not clear when the Dunkirk star will return to the MCU, but some fans think it won’t happen until Guardians of the Galaxy Vol. 3, which is due out next year.

Everything Former One Direction Members Have Said About Leaving the Band

Marvel Studios president Kevin Feige didn’t offer any hints about Styles’ return at the December 2021 premiere of Spider-Man: No Way Home, saying only that the singer’s appearance was a “fun” treat for viewers. “As the MCU is continued into the cosmic arena, there are ideas,” he told Entertainment Tonight at the time, explaining what might happen with Eros in future films.

Some Styles fans, however, already believe that the “Golden” artist will have a much larger role in forthcoming Marvel movies because the current leg of his concert tour is scheduled to run through March 2023. One TikTok user theorized that the reason for the lengthy tour is because the musician will be unavailable for much of next year while he films an Eternals sequel.

Marvel, however, has not yet announced a sequel to the ensemble film, which also starred Angelina Jolie, Gemma Chan, Richard Madden, Kit Harington, Salma Hayek and Kumail Nanjiani.

Thor: Love and Thunder is in theaters now.