Home » Lifestyle » Emmys 2022 Preview: Are There Really Frontrunners With This Much Content?

Emmys 2022 Preview: Are There Really Frontrunners With This Much Content? 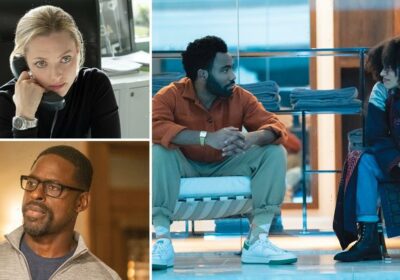 After two years of delays due to the COVID-19 pandemic, one thing is for sure: Everyone has been working on content. With more TV than ever — 559 original scripted programs in 2021, to be exact — that means that the awards race isn’t only about who wins the Emmy this year, it’s about who cuts through to land in the nomination pool.

Set to air on NBC, the ceremony will again be held on a Monday, rather than its usual Sunday berth because of NBC’s commitment to “Sunday Night Football.” With nominations announced July 12 and voting ending Aug. 22, the Creative Arts Emmy ceremony is again set to take place over two nights, Sept. 3-4, with an edited broadcast airing on Sept. 10 on FXX. The Primetime Emmys will air two nights later on Sept. 12.

Variety takes a closer look at what to keep an eye on as the Emmys season kicks off.

Despite the show being nearly five months away and many titles yet to debut, viewers did get a hint of the first kudos-worthy TV shows of the year with the SAG Awards. While they’re strongly considered a precursor to the Oscars, not as much is true for the Emmys, especially since SAG-AFTRA doesn’t award limited series ensemble casts. Still, the show reminds voters of what they may be forgetting about with the volume of content. The Critics Choice Awards don’t usually have a direct impact on the Emmy race either, but awareness is awareness.

In March, the critics awarded Melanie Lynskey with lead actress in a drama for her part in Showtime’s “Yellowjackets,” a series that’s sure to earn a nomination or two in one of the most competitive Emmy categories. However, since the Emmys’ calendar year is much later than Critics Choice, her competition will be an entirely different group of actors.

Meanwhile, it’s very likely that Michael Keaton’s wins at both the Critics Choice and SAG Awards for his role in Hulu’s “Dopesick” is a precursor to the September broadcast.

In the comedy race, fans have become used to seeing certain shows — namely “Schitt’s Creek” and “Ted Lasso” — dominate the race. However, after four years off the air, “Atlanta” is back on FX with arguably its best season yet, possibly halting the happy-go-lucky theme of best comedy winner. The question remains whether, in today’s post-pandemic world, will the impressive yet bleaker Donald Glover series reign supreme or is the TV Academy still looking for a feel-good laugh?

It’s also important to note that “Abbott Elementary” will be entering the race this season. The last time two broadcast sitcoms were up for best comedy was in 2017 with “Black-ish” and “Modern Family,” but it’s possible that in 2022, two could be in the running again — the Quinta Brunson-led comedy up against “Black-ish,” competing for one last time.

Battle of Final Seasons
When it comes to shows’ goodbye tours, there are quite a few bowing out that may be honored at this year’s ceremony, especially in the drama category. “Ozark,” which has only won three Emmys out of its 32 nominations and never in the best drama category, will take one more swing with its final episodes dropping on Netflix. “This Is Us” has taken home four Emmys but has never won for best drama and will be competing for their final time. “Better Call Saul” split its final season into two, allowing the series to enter the race once again this year and next; the “Breaking Bad” prequel has a whopping 39 nominations but is yet to take home one Emmy.

The drama race could easily heat up as a Netflix vs. HBO battle. Ahead of the SAG Awards, most predictions had “Succession” coming out on top. No one expected “Squid Game” to squeeze in — and boy did it! The drama took home the male actor prize (Lee Jung-jae), female actor (Jung Ho-yeon) and stunt ensemble at SAG. The Netflix show became the first non-English series to win a SAG Award, while the HBO hit took home the ensemble SAG. Meanwhile, the Television Academy has already honored the HBO series with nine wins, so it’s still up in the air when it comes to which will come out on top.

Still, those aren’t the only two dramas at the top of the contenders list. Showtime has “Yellowjackets,” Apple TV Plus is pushing “Severance,” “The Morning Show,” “Pachinko” and “Shining Girls,” while HBO has “The Gilded Age,” “Winning Time: Rise of the Lakers Dynasty” and “Euphoria.” Prime Video has “As We See It” and “Outer Range,” while Netflix is set to roll out a new season of “Stranger Things” and Disney Plus’ “Obi-Wan Kenobi” premieres right in the window. Paramount Network also earned its first award recognition from SAG-AFTRA and is hoping to do the same with “Yellowstone.”

Tell Me a (True) Story

With the sheer amount of content this year, it’s no surprise that there are more true crime and limited series than ever before — and it may be the most competitive group yet. It’s the stories based on real events to keep an eye on. In addition to Keaton in Hulu’s “Dopesick,” the streamer also has Amanda Seyfried impressively portraying Elizabeth Holmes in “The Dropout” and Elle Fanning as Michelle Carter in “The Girl From Plainville.” At Apple TV Plus, Anne Hathaway transformed into Rebekah Neumann in “WeCrashed” while two-time Emmy winner Julia Garner became Anna Delvey in Netflix’s “Inventing Anna.”

Next month, HBO will roll out “The Staircase,” which includes a performance by Colin Firth as Michael Peterson that will likely
cause chatter.

Although it came out months before the others, don’t sleep on Joshua Jackson, who turned heads with his portrayal of the horrifying Christopher Duntsch in Peacock’s “Dr. Death.”