Emmy nominations 2021: TV Academy got it (mostly) right this year 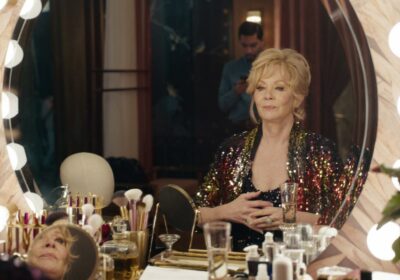 Can they emerge from the wreckage? ‘The Morning Show’ Season 2 Trailer

The TV Academy pulled a rarity this year: they got the Emmys nominations right.

The Tuesday morning nominations were announced, virtually, by father-daughter Emmy winners Ron Cephas Jones (“This Is Us”) and Jasmine Cephas Jones (#Freerayshawn), with Ron in New York and Jasmine in LA. They started with the usual scripted banter, punctuated by awkward seconds-long delays, and Jasmine stumbled over the name of “Ted Lasso” nominee Jason Sudeikis. It happens and, those glitches aside, it was a big improvement on year’s over-the-top nominations, presented (loudly) by Leslie Jones.

But all eyes were on the nominees, and those who deserved to be singled out were recognized for their efforts, among them Sudeikis for the heartwarming “Ted Lasso,” Jean Smart for her career-renaissance role in “Hacks,” Anya Taylor-Joy for “The Queen’s Gambit,” Kate Winslet for “Mare of Easttown” and Amazon’s wickedly smart “The Boys.” Smart also received a nomination for her supporting role “Mare of Easttown,” upping her odds for walking away with a statuette when the Emmys air live Sept. 19 on CBS.

As usual, there were the “enough already” nods — among them “The Kominsky Method” (sans Alan Arkin in its final season), Elisabeth Moss (“The Handmaid’s Tale”) and “This Is Us” — but they were kept to a minimum. They were joined by many newcomers including Elizabeth Olsen (“WandaVision”), Michaela Cole (“I May Destroy You”), Josh O’Connor and Emma Corinn (Charles and Diana from “The Crown”), Rege-Jean-Page (“Bridgerton”) and Jonathan Majors (“Lovecraft Country”).

Production delays caused by the pandemic, referenced by Academy president/CEO Frank Scherma in his opening remarks, meant several of the usual contenders, including “Better Call Saul,” “Ozark,” Stranger Things,” were not eligible this year. Thankfully that also applied to the overrated and over-nominated “The Marvelous Mrs. Maisel.”

What virtually all of this year’s nominees have in common is that they don’t air on broadcast TV. I sound like a broken record in these annual columns, but there’s no denying the dearth of candidates from ABC, CBS, NBC, Fox, etc., since “primetime” now takes a backseat to streaming (and cable, to a lesser extent).

Anthony Anderson and Tracee Ellis Ross from ABC’s “Black-ish,” Kenan Thompson (NBC’s “Kenan”), Sterling K. Brown (“This Is Us”) and Allison Janney (“Mom” on CBS) were the lone broadcast nominees in the Best Actor/Actress comedy and drama categories. “Black-ish” and NBC’s hoary “This Is Us” snared nominations for Best Comedy and Best Drama.

The late-night nominees were as expected — they’re the same every year, and only “Conan,” now a memory after slipping away in June, was a surprise. Perhaps it was the Academy’s way of thanking Conan O’Brien for his many years of talk-show service. (And, let’s face it, his viewership on TBS was, to put it politely, “a challenge” over the years).

It was surprising that “The Falcon and the Winter Soldier” wasn’t nominated in any of the major categories (it received five nods, mostly in technical categories); it was a big hit for Disney+ with a rabid fan base. That said, Disney+ cleaned up for “The Mandalorian” (24 nominations) and the aforementioned “WandaVision” (23 nominations), balancing the Marvel scales of TV justice.

And how about “Kobra Kai” being nominated for Best Comedy Series — heady stuff for a series that premiered in YouTube before moving to Netflix? It probably won’t win in a tough field including “Ted Lasso,” “Hacks” and “The Flight Attendant,” but, as they say, “It’s nice just to be nominated.”