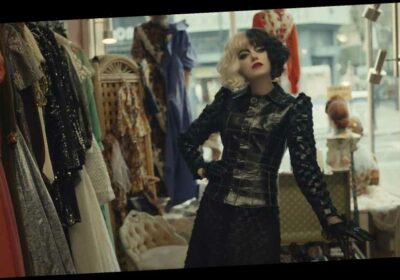 The first trailer for Disney's Cruella has arrived and the film's star, Emma Stone has been completely transformed into the fashionable villain we all know and love.

"Cruella, which is set in 1970s London amidst the punk rock revolution, follows a young grifter named Estella, a clever and creative girl determined to make a name for herself with her designs," the film description notes. "She befriends a pair of young thieves who appreciate her appetite for mischief, and together they are able to build a life for themselves on the London streets. One day, Estella's flair for fashion catches the eye of the Baroness von Hellman, a fashion legend who is devastatingly chic and terrifyingly haute, played by two-time Oscar® winner Emma Thompson (Howards End, Sense & Sensibility). But their relationship sets in motion a course of events and revelations that will cause Estella to embrace her wicked side and become the raucous, fashionable, and revenge-bent Cruella."

In the trailer, it's easy to tell that this is going to be a capital "F" fashion movie. Stone can be seen with the iconic two-tone hair, wearing elaborate gowns and jackets. "How does the saying go?" Stone asks in the trailer. "I am woman hear me roar," she answers. She goes on to conclude, "I was born brilliant, born bad, and a little bit mad."

Watch the trailer below.