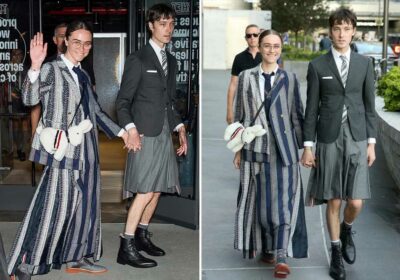 The 22-year-old stepdaughter of Vice-President Kamala Harris and Hine walked hand-in-hand outside of Thom Browne’s Spring 2022 show on Saturday. They also happened to be wearing the menswear designer’s line for the event. 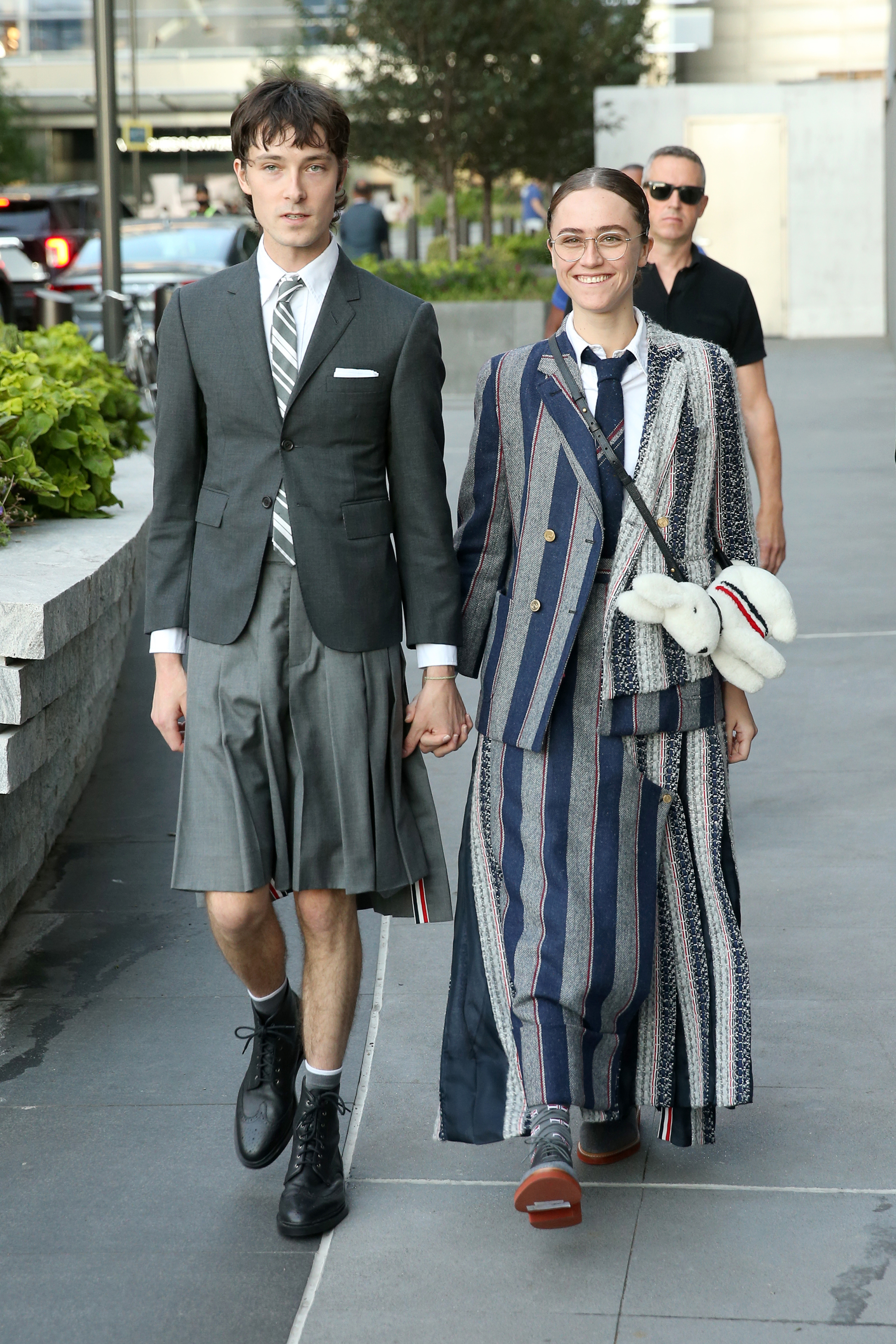 Emhoff wore a two-piece suit set which appeared to be made of two different fabric textures with a button-down white blouse and navy blue tie underneath. She accessorized the look with Browne’s small rabbit bag that retails for $2,890. 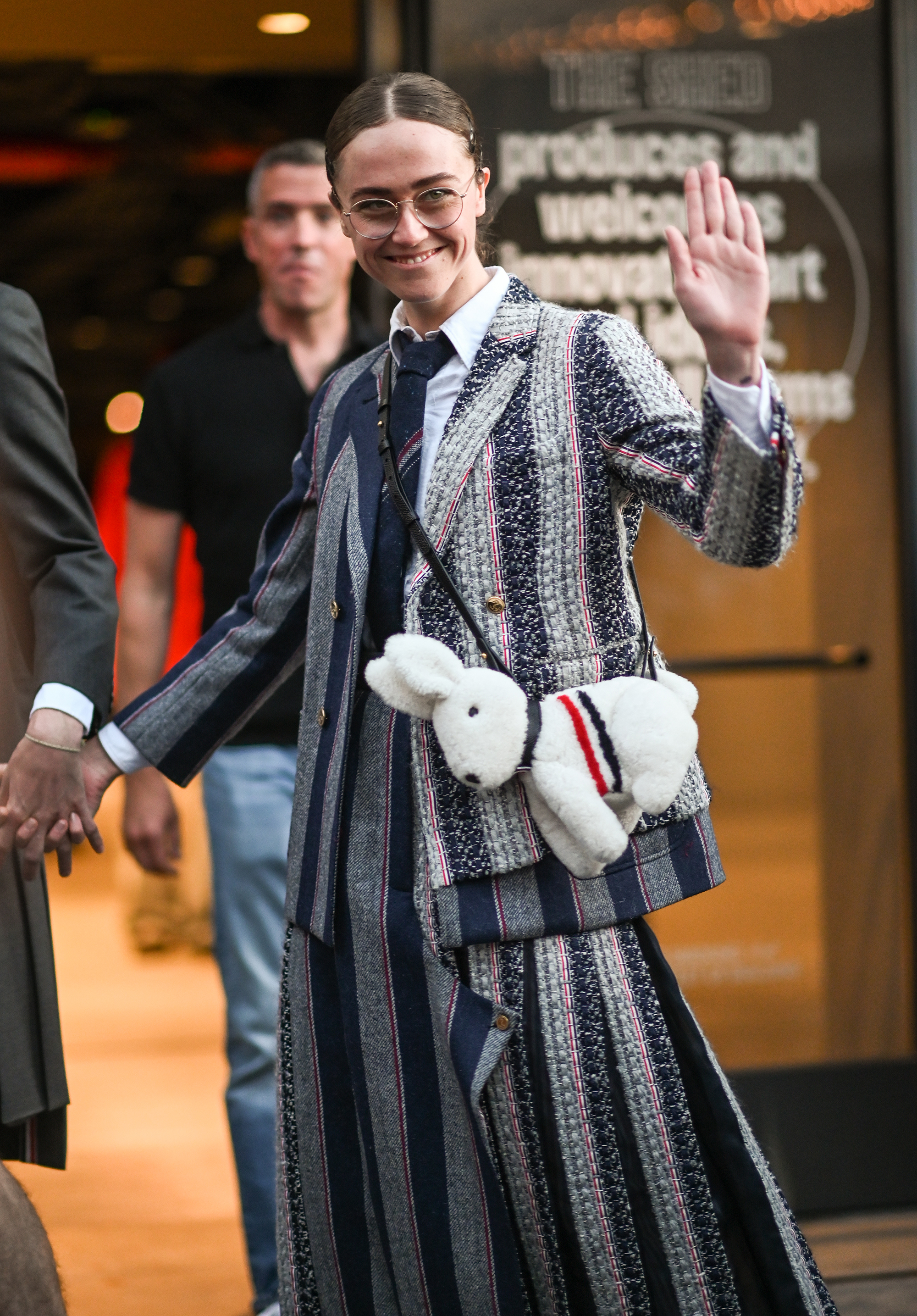 The IMG model and editor’s romance was first revealed in March when Page Six exclusively obtained photos of them holding hands while out in the West Village.

Emhoff later confirmed the relationship herself in an interview with Vanity Fair in August. 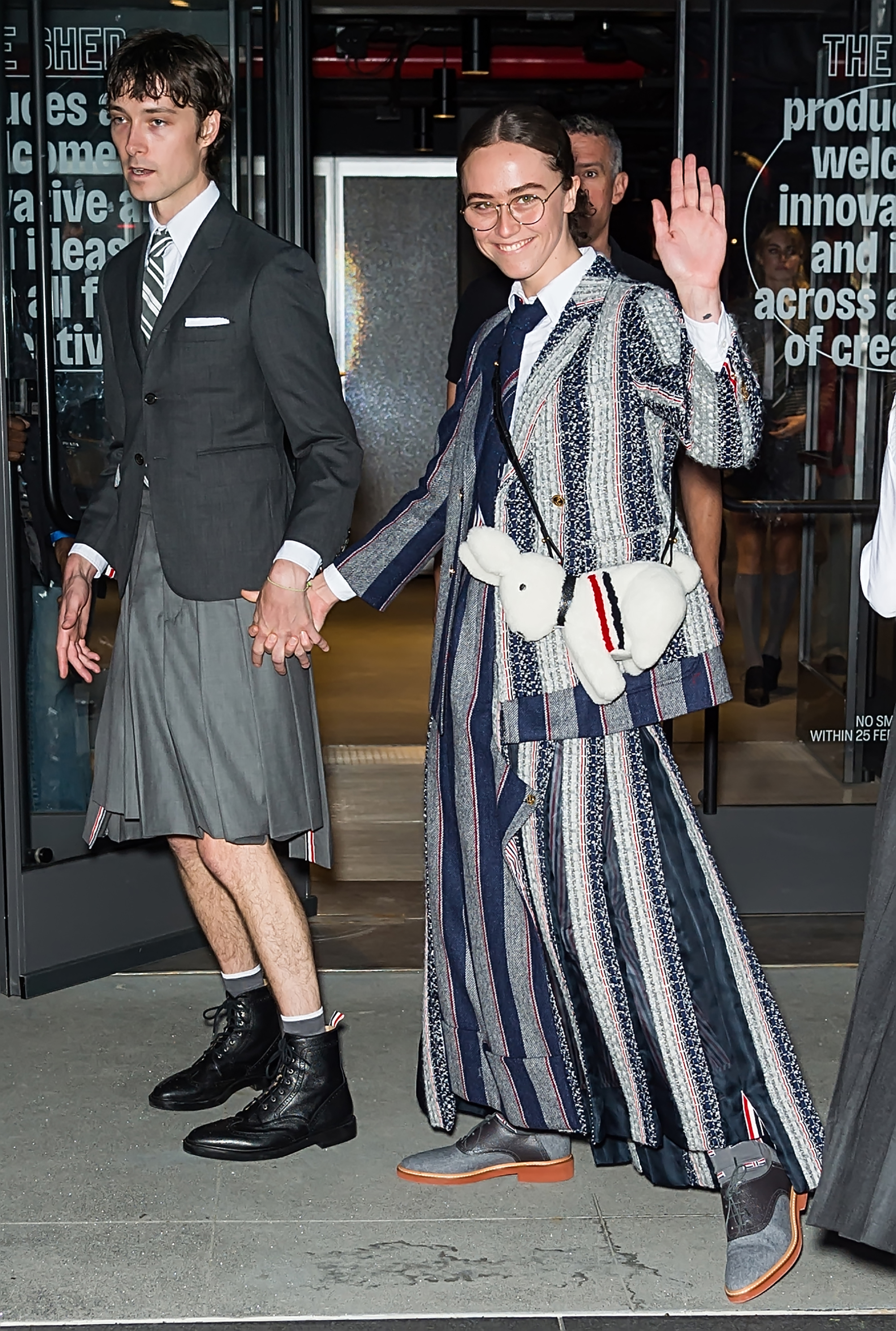 The second daughter inked a modelling contract with IMG in February — just a couple of weeks after catching everyone’s eye in a sparling Miu Miu coat at the inauguration of President Biden and her stepmother VP Harris on Jan. 20.

“Ella communicates this moment in time. There’s a cheekiness and a joy she exudes,” IMG Models president Ivan Bart told the New York Times about signing Emhoff, who he added was “communicating fashion” at the inauguration event.