Edward Lucas: My belief is we're witnessing the end stage for Putin 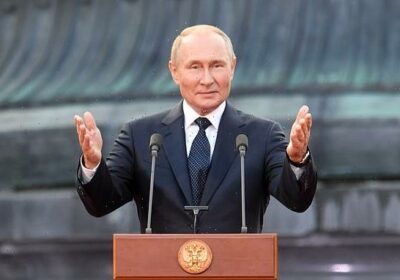 My belief is that we’re witnessing the end stage for Vladimir Putin… but the longer this failing war in Ukraine continues, the angrier its architect will become, writes EDWARD LUCAS

The doom-laden threats by Vladimir Putin in yesterday’s grisly, early-morning TV broadcast will have sent shivers down many a spine.

The despot in the Kremlin, who commands the world’s largest nuclear stockpile of nearly 6,000 warheads, has threatened the West with brutal retaliation for its continued support of Ukraine.

Or, as he put it, in his twisted narrative: ‘If the territorial integrity of our country is threatened, we will use all available means to protect our people — this is not a bluff.’

It is easy to characterise this threat as the ramblings of a crazed madman. Still paranoid about catching Covid and worried about assassination attempts, Putin spends most of his time holed up in the Kremlin or one of his many palaces.

He surrounds himself with yes men who grovel as they deliver half-truths — or whatever they think their boss wants to hear. And when things go wrong, the hunt for scapegoats intensifies. 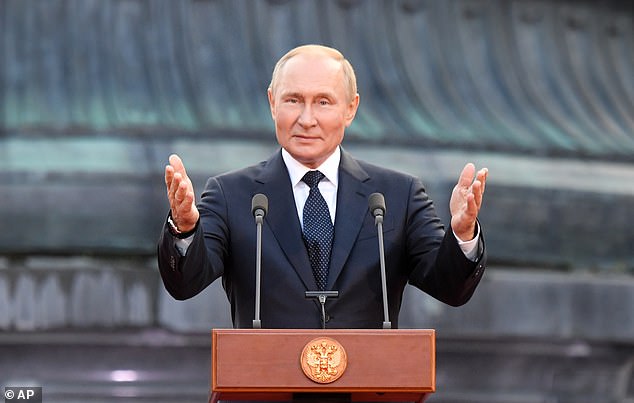 Edward Lucas: ‘While on the diplomatic stage, Russia is ever-more isolated, a pariah status highlighted by Putin’s absence from this week’s United Nations General Assembly in New York’

While on the diplomatic stage, Russia is ever-more isolated, a pariah status highlighted by Putin’s absence from this week’s United Nations General Assembly in New York.

What this latest escalation does prove, however, is that Putin is never going to accept defeat. And the longer this failing war continues, the angrier its architect will become.

But does the threat of Armageddon mean he’s now fully lost his marbles? Or was yesterday’s speech a carefully crafted warning to the West?

The answer is not clear-cut. Former German Chancellor Angela Merkel once said of Putin that he lives ‘in another world’. Personally, I find it easiest to think of him as a gangland boss.

Like any mafioso kingpin, he is keen to project a fearsome image. But that is not to say he is a raving lunatic. Rather, he simply sees things differently from the rest of us.

He has no interest in fair governance, for instance. Corruption is not a crime, but a political tool.

Abuse of power is how he rewards his friends and punishes his enemies. And facts only matter if they suit his version of reality. 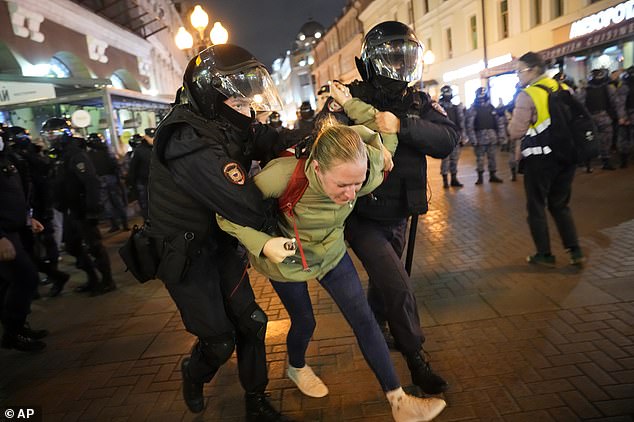 Protests have broken out in Moscow following Putin’s announcement of mobilization of reservists. Here riot police detain a demonstrator

Indeed, Putin’s justification for the war in Ukraine has always been based on a central lie: that he is trying to liberate the country from neo-Nazi leadership.

Right now, Putin is desperate — as demonstrated by the ‘partial mobilisation’ of up to 300,000 military reservists announced yesterday by Russia’s defence minister Sergei Shoigu.

Like Hitler’s generals 80 years ago, they see that their commander in chief, far from being the strategic genius he believes himself to be, is fighting a losing battle.

The ‘war of words’ represents the one battleground where Putin can still effectively flex his muscles.

But we have been here before. Putin first raised the spectre of nuclear holocaust at the start of the onslaught, six months ago. And though he is now desperate, he is not suicidal (not yet, at least).

And he surely knows that any nuclear strike, even on non-Nato Ukraine, would be disastrous for Russia, bringing no notable military benefit and triggering international outrage.

When it comes to brute force, the West as a collective is far bigger and far stronger than Russia. What’s more, any such move would alienate Russia’s biggest supporter, China, which has repeatedly warned against turning this war nuclear. 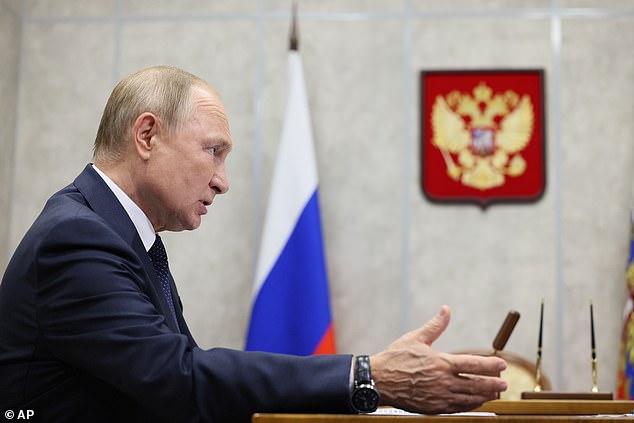 Edward Lucas: Right now, Putin is desperate — as demonstrated by the ‘partial mobilisation’ of up to 300,000 military reservists announced yesterday by Russia’s defence minister Sergei Shoigu

Putin must also question whether his hollow-eyed generals would actually follow his orders to take Russia into the nuclear abyss.

His hope then is that frightening rhetoric will panic the West into reducing their support for Ukraine and helping to organise a ceasefire, a deal which might well include territorial concessions to Russia, allowing Putin to walk away the victor.

But, as Liz Truss has demonstrated this week in her pledge to meet or exceed the £2.3 billion spent so far in support for Ukraine in 2023, Britain is not going to blink. President Biden shows no sign of flinching either.

So could Putin, in one last hopeless tussle for control, hit the proverbial button? It’s not totally unfeasible.

I believe, however, that we are witnessing end-stage Putin. Like any ageing mafia boss, he feels his power ebbing.

If history teaches us anything, it is that Russian dictators don’t tend to die peacefully in their sleep.

For years Putin has written his country’s national story, with himself as the lead character. But now a new chapter is looming — and it will be written by others.

Any new rulers would certainly find it easy to make Putin the scapegoat for the disastrous war in Ukraine. They could seek a ceasefire and hope that a war-weary world settles for an imperfect peace.

Of course, until he gets the tap on the shoulder or falls victim to a bloody Kremlin coup, the nuclear option remains a last-ditch deterrent for an increasingly cornered Putin.

But, in the end, even the threat to deploy the full might of Russia’s arsenal won’t save him from an inevitable, and self-inflicted, downfall.