Brett Sinclair, from Ealing, London, was branded a ‘f**’ and a ‘b**** boy’ by a group of men who were drinking in the street on Wednesday afternoon.

Brett, 24, who was flyering for his show at the time, posted a defiant message on social media vowing not to be cowed by the abuse. 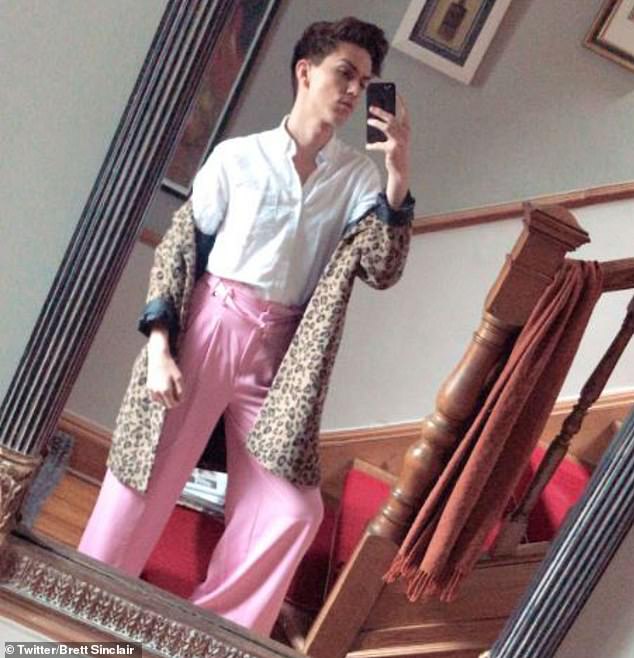 Brett Sinclair, from Ealing, London, was branded a ‘f**’ and a ‘b**** boy’ by a group of men while wearing this outfit. The actor later shared the story of the abuse online

Brett, 24, who was flyering for his show at the time, posted a defiant message on social media vowing not to be cowed by the abuse, pictured

Together with a picture of him wearing the pastel pink trousers, he wrote: ‘I was walking around Edinburgh today in these pink trousers.

‘I thought I looked quite nice but sadly some men didn’t and decided to yell some homophobic abuse at me. 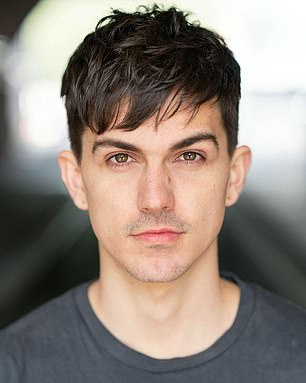 Brett, pictured, said he was ‘so shocked’ to be subject to such abuse at the Fringe

‘Guess what? Still wearing them. I don’t care who you are. On Wednesdays, we wear pink.’

Brett gave a more detailed explanation of the incident today, saying: ‘I was happily walking past with my cast mate who was about a stone’s throw in front of me.

‘We were both flyering for our show, and one of them yells, ‘Oi bruv, what the f*** are those’?

‘And they all begin to laugh. I stopped and turn to look, and then the other two begin with the slurs, saying them to each other and me – a f**, b**** boy, the list goes on.’

‘I was just so shocked that anyone would say anything like that right in the middle of the fringe! I mean the pants are pretty loud but I’m guessing I wasn’t the most elaborately dressed person that day.’

While Brett insists the experience has not put him off the city, many social media users were outraged and took to Twitter to share their support

The photo, which has since racked up almost 22,000 likes online, shows Brett proudly posing in his pink trousers paired with a striking leopard jacket.

But while Brett insists the experience has not put him off the city, many social media users were outraged.

Christina Grimwade replied: ‘Dude you’re rocking them. Ignore them, they were just jealous they have no fashion sense and dressing up for them is not wearing a football shirt.’

Julie Michele added: ‘Well those males obviously aren’t ‘man enough’ to wear pink trousers themselves and took their insecurities out on you but you didn’t let them beat you or dull your shine so good for you.’

And @rosesunfold said: I wish people would just back off and let people do what they wanna do and wear what they wanna wear. It shouldn’t affect anyone else you look wonderful and I bloomin’ love your outfit! Sending love and good vibes to you.’