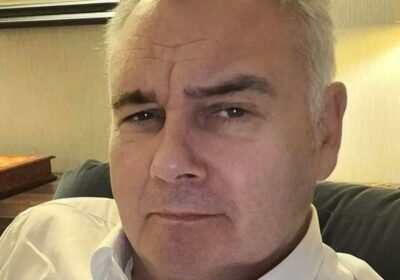 Eamonn Holmes has revealed the heartbreaking reason behind the failure of his first marriage.

The broadcaster has been happily married to Ruth Langsford since 2010 and the couple are parents to one son named Jack who is 20.

However, before he met Ruth Eamonn was married to Gabriella Holmes, the mother of his three adult children.

In his autobiography This is My Life: The Autobiography, Eamonn speaks openly about why the marriage broke down.

He explains how the marriage broke down after the death of his father, news which the broadcaster took particularly harshly.

He wrote: “Gabrielle was increasingly indifferent and I didn’t know why.

“I needed her close, I needed her to reach me and ease my pain, but she had concerns of her own, principal of which was an impending birth.”

The This Morning host's father Leonard suffered a fatal heart attack while driving in the countryside of Northern Ireland aged 65.

The TV star went on to discuss his unsociable work schedule saying he had "no trouble with that – though Gabrielle obviously did."

He admitted: “That was the first time I realised there wasn’t that emotional support there for me, though I probably had suspected it."

Countdown host Anne Robinson later also criticised Eamonn for the amount of work he accepted while his three children were growing up, saying he "sacrificed fatherhood for fame".

Eamonn quickly fought back against the comments in an interview on RTÉ One’s The Meaning of Life.

Eamonn said: "This is coming from a man who would fly back from London for his kids’ school sports days, who would take the last flight out of Belfast at 10 o’clock at night when he’d tucked them up in bed at 8pm, you know, who just was there for them all the time at every need for them.

"And this is the man who went into an airport lounge one Sunday morning, very, very early in Belfast, and there was one other person in that lounge and it was Anne Robinson.

"I walked over to her and I simply said, very coldly and heartfelt meant, 'if you were a bloke, I would knock your f**king head off. I just want you to know that.'"

The morning TV host said Anne responded to his anger by saying she was "only joking", but later apologised for her comments while sitting on a plane together.

Breakfast with Eamonn and Isabel airs weekdays on GB News from 6am to 9.30am.