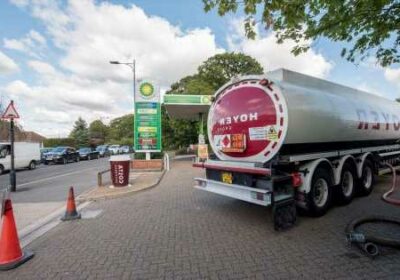 These days all we're chatting about is how much fuel we have or when our next trip to the station is.

Now with fuel levels starting to go back to normal, there are still situations of panic-buying at petrol stations.

If you're running on empty and don't want to risk driving to your local petrol station, there's a way of checking beforehand.

The trick involves finding the petrol station's listing on Google and scrolling down to the section which indicates how busy it is.

And there should be a graph that provides live updates on what's happening at the pumps.

If there's a big pink bar, it means the petrol station is busier than it normally would be.

This indicates there is a very high chance the retailer has fuel at the moment as it's being used by loads of customers.

But if there's a small bar showing on the graph, it means the petrol station is less busier than it would be normally.

It means it's unlikely there would be any fuel available and the pumps could be closed.

The fuel crisis was sparked by warnings from BP that a lack of HGV drivers was making it difficult to transport fuel.

This led to panic-buying which caused problems at almost all forecourts in the UK.

London and the south east of England were hit the hardest with figures showing these are the areas where it's hard to find fuel.

It comes as fuel sales were up 80% compared with normal levels as of September 24. Meanwhile, electric car searches surged by 1600% since the fuel crisis.

Many consumers are considering making the switch from petrol or diesel to electric since the situation began.

Data from the Department for Transport revealed that over 7,000 electric vehicles were registered in August 2021 alone.