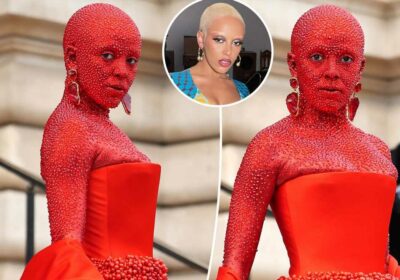 Best of star snaps of the week: Celebs wearing bright and bold, and more

Doja Cat isn’t afraid to “get into it” — but it’ll be hard to get out of this look.

The “Say So” singer, 27, was completely unrecognizable in the front row of the Schiaparelli Haute Couture show during Paris Fashion Week Monday, having completely covered her bald head, face and body in over 30,000 blood-red Swarovski crystals applied atop body paint.

Legendary makeup artist Pat McGrath was responsible for the wildly inventive look, which was inspired by the first part of Dante’s “Inferno,” according to a press release; the 14th-century epic poem also inspired this season’s Schiaparelli designs.

On Instagram, McGrath shared that it took about five hours to create the “magical, mesmerizing masterpiece,” writing, “Doja’s patience and commitment … was truly inspiring.”

Doja amped up the effect by wearing a matching red strapless Schiaparelli Haute Couture dress with a beaded skirt, which she accessorized with knee-high boots, a dramatic wrap and giant statement earrings in the same scarlet shade.

While the singer’s sparkling style was certainly a standout, she wasn’t the only star commanding attention in the front row. 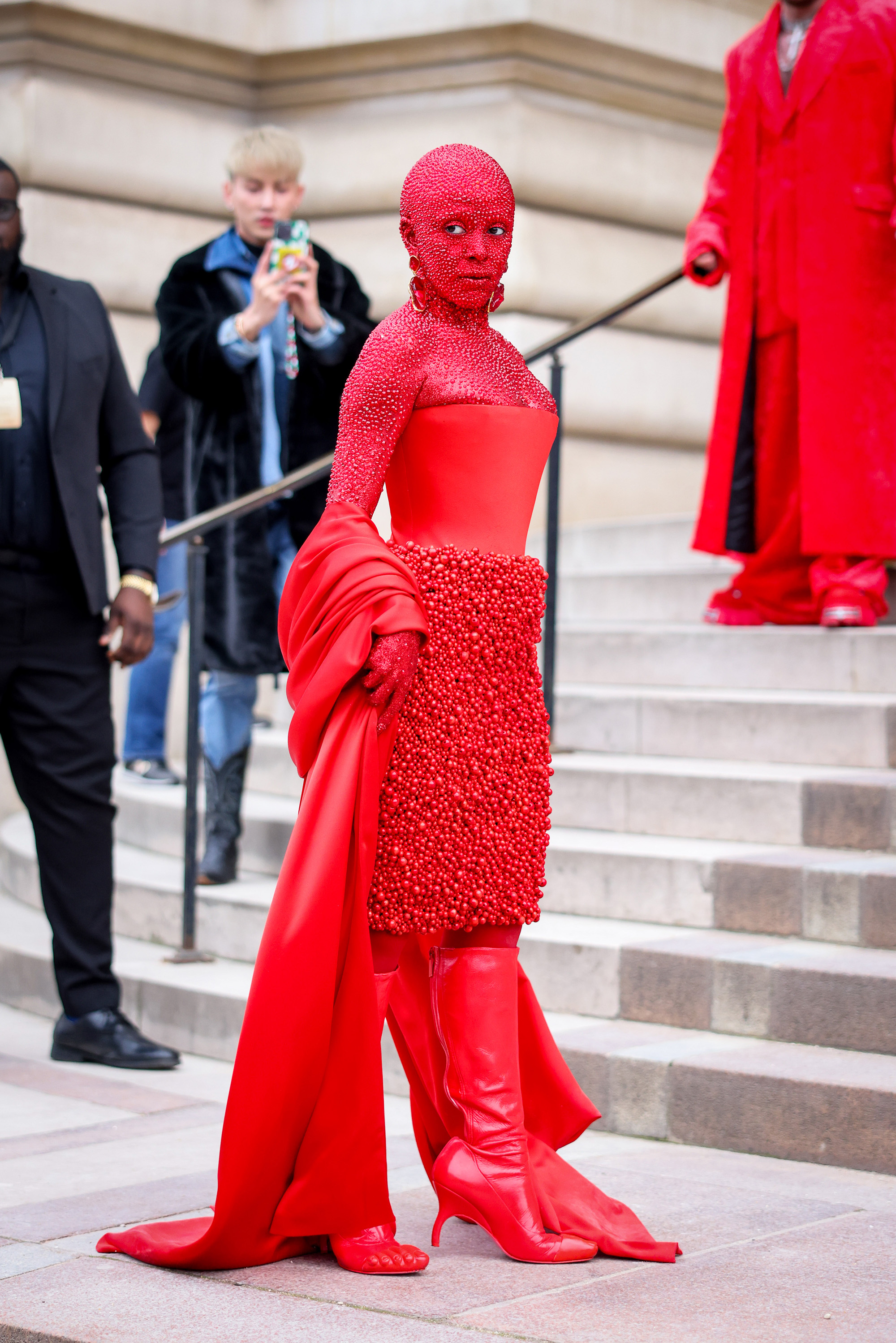 Kylie Jenner turned heads in her own ripped-from-the-runway look, wearing a black gown affixed with a large, lifelike lion head, a likely nod to her Leo star sign.

However, fans unfamiliar with Schiaparelli’s signature surreal styles wrongly assumed that the animal head was the real deal, and slammed Jenner’s wild look as “disturbing,” “horrifying” and “one of [her] worst fashion mistakes of all time,” claiming that it promoted poaching and animal cruelty. 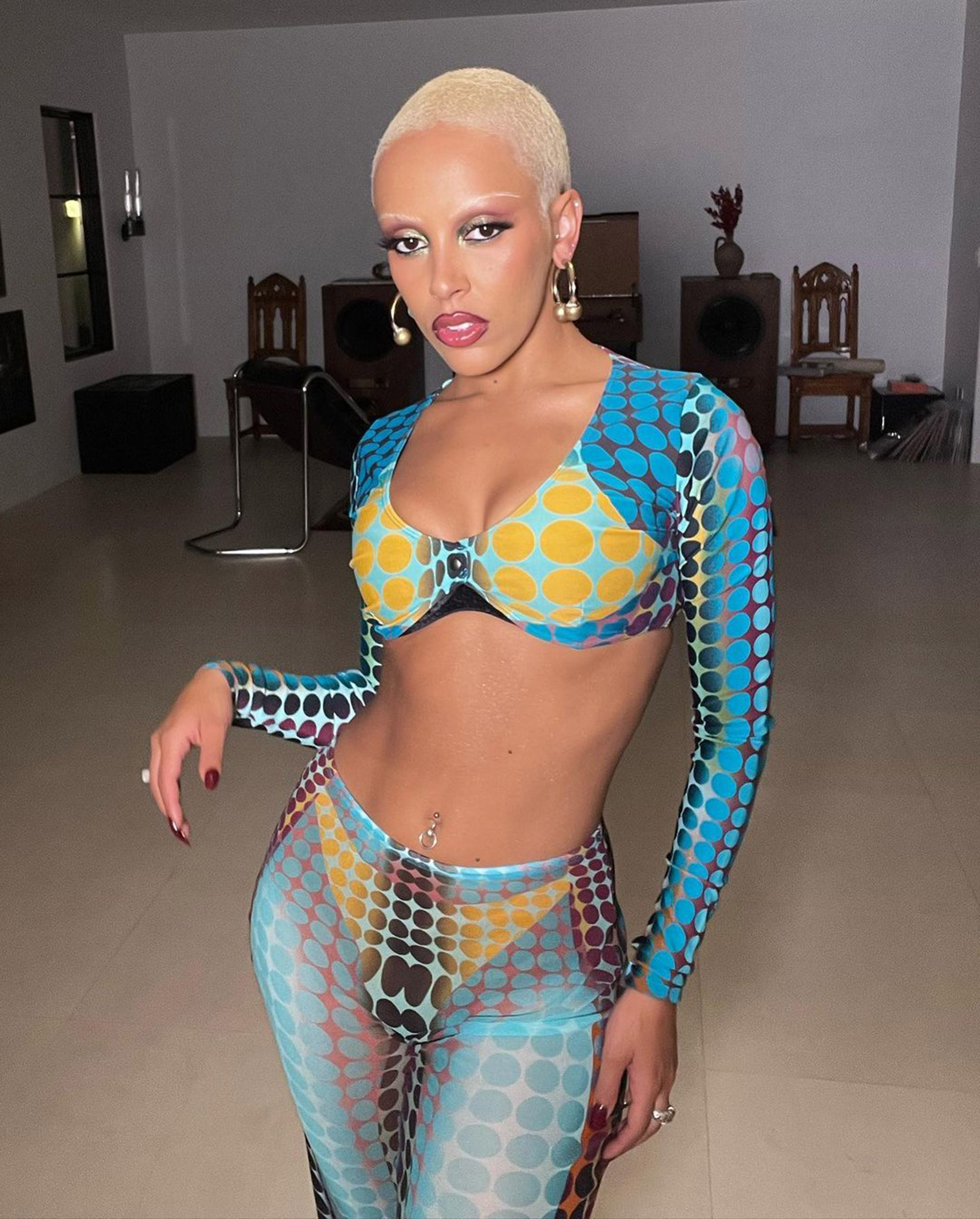