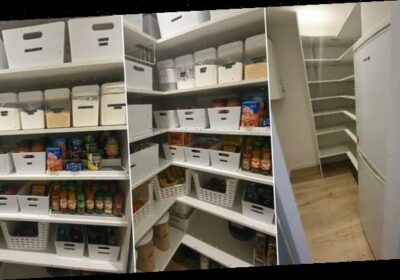 A DIY-wiz decided to build her own walk-in pantry after being quoted £600 for one from Ikea.

Natalie Evans, from Bryn, Wales, revealed on the DIY on a Budget Facebook group that she researched the project online, and spent only £80 on materials.

She added storage bins bought from Home Bargains and Poundland to help keep the space organised.

People were impressed with the pantry, even though it cost almost ten times less than the price she had been quoted initially. 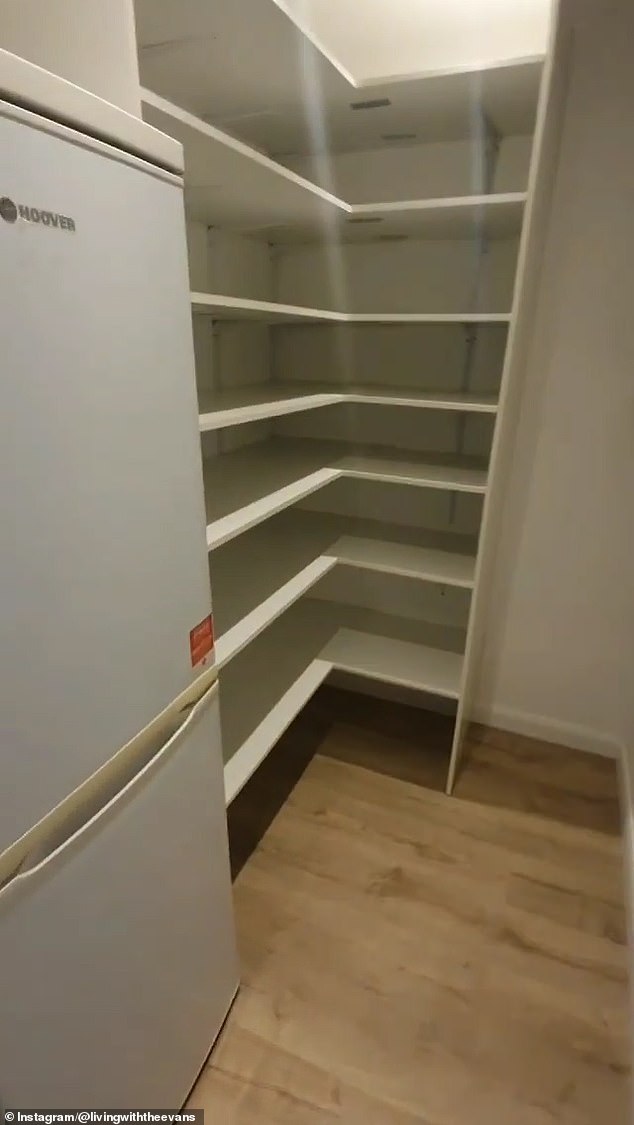 Natalie Evans, from Bryn, Wales, revealed she only paid £80 for a walk-in pantry (pictured) after being quoted £600 to have one installed by Ikea 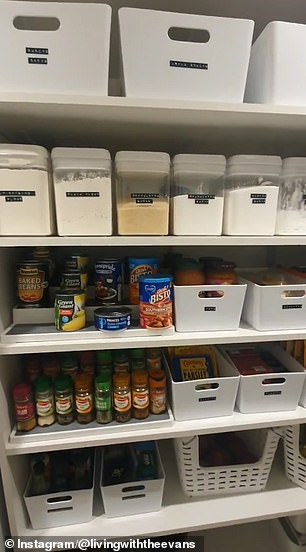 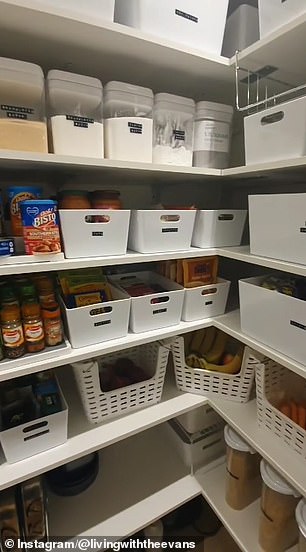 The pantry is located in the family’s garage, behind a folding door. It contains several shelves with storage and a secondary fridge.

Natalie told Femail: ‘We had a one hour online planning meeting with IKEA, when we later had the quote through it was nearly £600 (including vat) so that evening I spent hours online looking at other possibilities.’

She eventually realised she could build it with cheaper materials, and enlisted the help of a team of builders who were already working on her garage conversion.

‘We got some contiboards from Travis Perkins, brackets from Screwfix and it cost us approx £80 in materials,’ she wrote on the Facebook group.

She added the storage she had used in the pantry had been bought from Home Bargains, ahead of the conversion project in September and October. 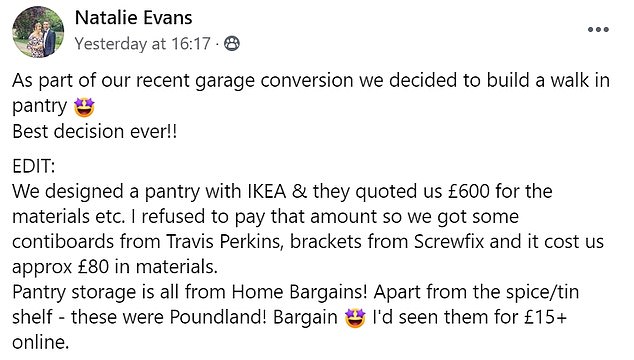 Natalie explained the £600 quote was above her budget, so she researched other ways to have it made 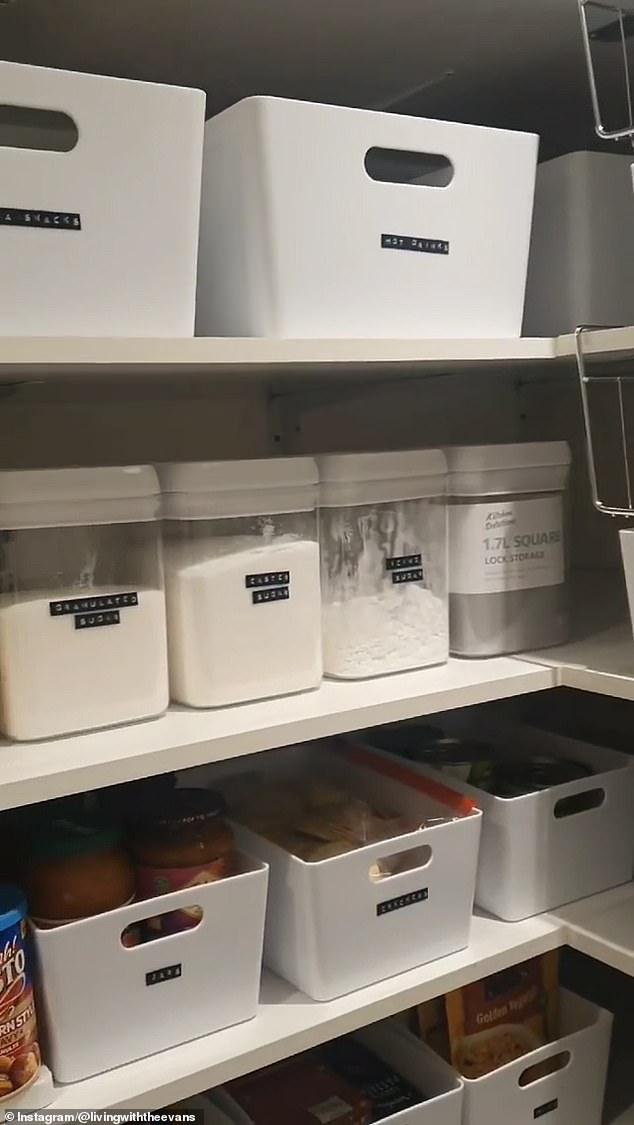 While she could not remember who much she had spent on the storage, Natalie said she bought a spice/tin shelf for only £2  at Poundland after seeing being sold for much more online (picturedL some of the storage in the pantry)

She was happy about a spice/tin shelf, which she had bought for £2 at Poudland, explaining she had seen similar shelf sold for much more online.

People were left with ‘pantry envy’ after Natalie shared a video of her well-stocked walk-in pantry on Facebook.

‘Come do mine next please,’ one person said. ‘Excellent. Well done. Looks amazing,’ said another. ‘Omg I love it….. my dream for ages,’ one wrote.

People were impressed with Natalie’s results, with many saying they had ‘pantry envy’ after seeing her video