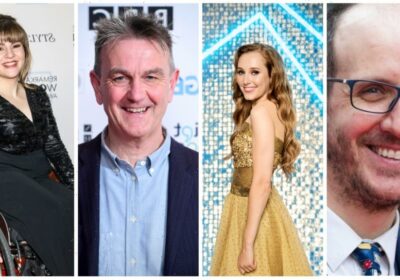 When His Dark Materials writer Jack Thorne stepped up to the Edinburgh TV Festival MacTaggart podium last year in an audience-less room, he wanted to address an issue that had felt hopelessly ignored in the mainstream through past decades.

The prolific British scribe’s proclamation that UK TV had “utterly and totally” failed disabled people drew headlines across the country and moved the industry up a gear in solving deep-seated legacy issues both behind and in-front of the camera that impact a minority which makes up around 20% of the population.

“What Jack did so brilliantly was contextualize how the industry can conduct itself within a wider conversation around the country’s attitudes toward disability and treatment during the pandemic,” says Peter Bowker, acclaimed British TV writer of the BBC’s influential autism drama The A Word. “Presenting the wider context is smart as you challenge the industry by saying ‘Don’t feel too good about yourselves’. But the most important thing is that he put this at the forefront of people’s minds.”

One year on from Thorne’s powerful broadside, Deadline has spoken with top-tier changemakers including Bowker, Years and Years star Ruth Madeley, deaf Strictly Come Dancing winner Ruth Ayling-Ellis, Channel 4 Disability Lead Ally Castle and Thorne himself to assess where progress, if any, has been made. The quintet paint a rosier picture of greater opportunity for disabled talent, an improvement in attitudes and an equalization caused by the Covid pandemic, but speak of progress required in areas such as on-set accessibility, which is in parts atrocious. There remains, for example, just a tiny handful of accessible on-set trailers across the country.

Leading the plethora of improvements, Deadline can exclusively reveal that British broadcasters and streamers are on the verge of unveiling a cross-broadcaster alliance to tackle disabled accessibility issues entitled the TV Access Project, driven by BBC Chief Content Officer Charlotte Moore, the most powerful person in British broadcasting. That announcement is coming imminently on the one-year anniversary of Thorne’s MacTaggart and will demand change from producers, studios and post production houses, with indies who abide more likely to win commissions.

“I was holding the microphone for a bit last year but I can tell you there are a lot of people holding the microphone now,” says Thorne, who was BAFTA nominated several months ago for Channel 4 care home drama Help. “Covid showed up extreme societal ableism and the message we’re hammering home is that we as an industry are culpable if we don’t use TV to challenge that.”

The uber-modest Thorne, who admits to being “incredibly nervous” before he took to the stage last year, stresses several times that the address was crowdsourced and he consulted key players in the disabled community throughout the writing process. He used the MacTaggart to unveil Underlying Health Condition (UHC), a lobby group formed by The Accident star Genevieve Barr, Katie Player and Holly Lubran, which has made strides this year including producing groundbreaking research that also called for the introduction of disabled facilities and freelancer funds, along with the introduction of mandatory accessibility co-ordinators.

While there was “anger from some quarters” when they were approached by UHC to improve their practices, Thorne says this has now all but dissipated with BBC content boss Moore’s major intervention, and he can scarcely conceal his delight at the TV Access Project. He credits disability groups such as the Disabled Artists Network Collective (DANC) and Deaf and Disabled People in TV (DDPTV) for working around the clock and says he is is now getting 15 emails a day from people “full of endeavor who want really profound change.”

On the creative ground, Bowker, who has spent much of his 30-year career writing disabled stories, says TV commissioners have been more engaged and willing to take risks since the MacTaggart. Enter his soon-to-launch BBC One’s The A-Word spin-off Ralph & Katie, which was forged by one of the first ever all-disabled writers’ rooms for a mainstream longform drama and is the first to feature two leads with Down’s Syndrome.

A team of six disabled writers have been putting episodes together under Bowker’s tutelage, with each writer confirmed to pen one ep when brought on board, eschewing the competitive nature of some writers’ rooms where up-and-coming scribes battle it out for credits.

Bowker says the writers and majority disabled crew have lent the show an added dose of authenticity and is delighted to reveal the writers are all working on new projects post-Ralph & Katie. “My first drama was on TV in 1992 and once you’ve broken through you take for granted that you’re going to have something made,” he adds. “There is so much talent bubbling away within these [disabled] stories. The hunger to be heard is there and there is no real excuse why disabled writers shouldn’t get work.”

Curiosity has been key for Bowker, who urges non-disabled creatives to tackle those awkward conversations head-on and “ask disabled people about their needs.”

Covid has also had a positive impact, he adds, pointing to a democratization driven by the Zoom revolution, which meant disabled writers in isolation could continue working as before. “Zoom was a necessity at first but soon it became clear to me that the technology had arrived to facilitate these writers’ rooms,” he says. “If we now had the option to abandon that model, would we?”

This experience is recognized by disabled Years and Years star Madeley, who welcomes the accessibility gains achieved since the pandemic that means almost all auditions are now done via virtual taster tape, overcoming the need for the daunting task of “disabled actors travelling to inaccessible buildings.”

Ralph & Katie is the first of many upcoming disability-led projects to be seen on TV as shows from a BBC/Netflix partnership — announced at last year’s Edinburgh — start to emerge.

A BBC spokeswoman tells Deadline the corporation and SVoD have a number in active development as a result of the partnership, which called for “epic and ambitious” shows from disabled creatives that will “break the glass ceiling.”

In non-scripted, industry veteran and disability consultant Ally Castle, who was Channel 4 Disability Lead up to April and is still working with the It’s a Sin broadcaster, points to a plethora of representation firsts in major British TV shows since Thorne’s speech. For example, deaf contestants appeared for the first time on Channel 4’s Hunted, ITV reality smash Love Island and BBC One’s Strictly Come Dancing — and Strictly was won by history-maker Rose Ayling-Ellis. 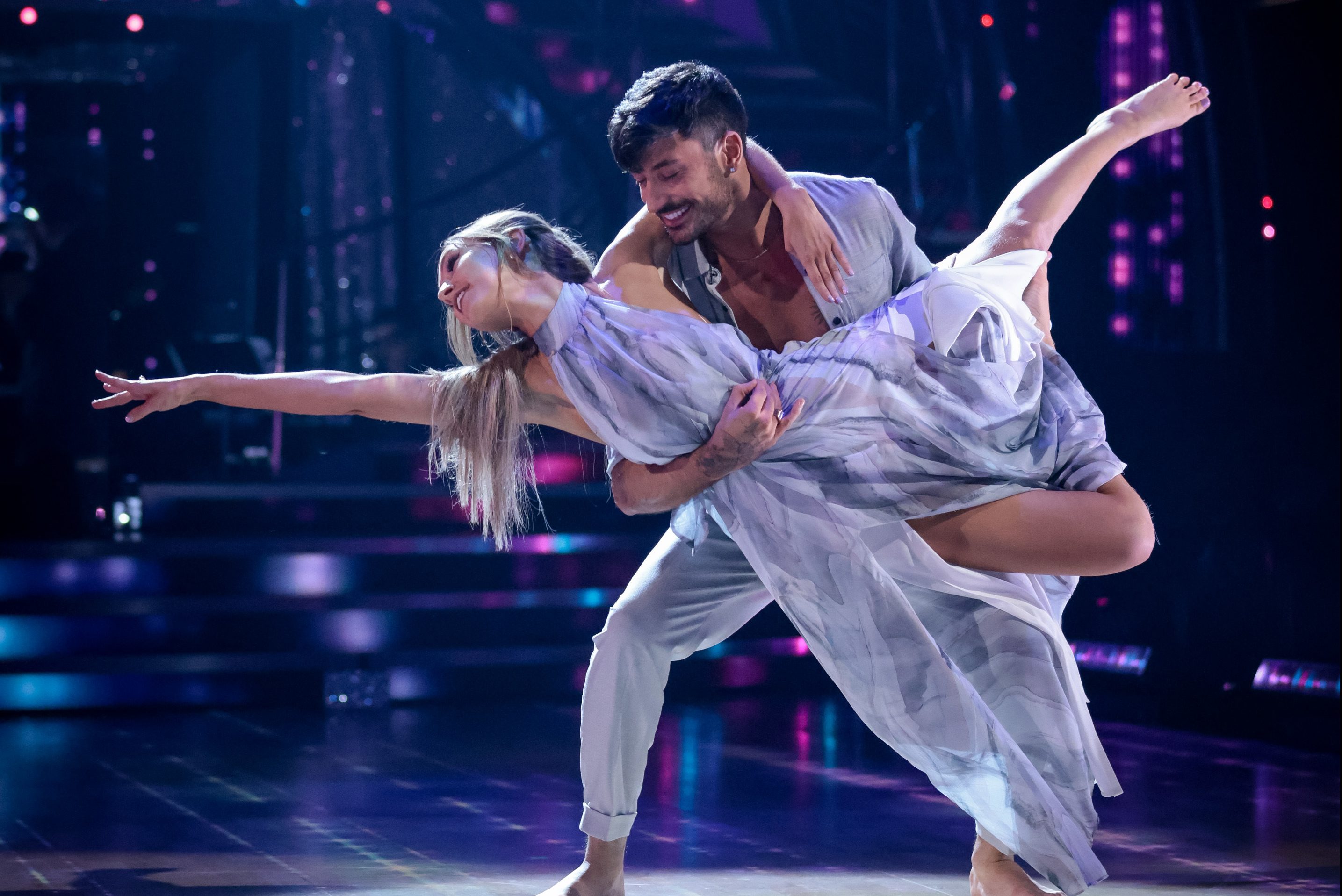 The latter wowed audiences to the BBC’s most-watched entertainment show with her raw talent, positive demeanor and tearjerking silent dance with partner Giovanni Pernice that stole the nation’s hearts and won the Must See Moment of the Year at the BAFTA TV awards

The Strictly winner was no stranger to making history, having become the first deaf actor to land a regular role on stalwart BBC soap EastEnders and she is now preparing to deliver Edinburgh’s Alternative MacTaggart 2022, following in the footsteps of huge stars including Jerry Springer and Russell Brand that have made the leftfield address in years gone by. Without giving too much away, Ayling-Ellis says the speech will be “very honest.”

“There is nothing controversial or outrageous to say but this is about telling the truth,” she says. “I’m hoping it will be educational and make people think differently.”

While delighted with the past 12 months’ progress, during which her life has changed “quite dramatically, quite quickly,” Ayling-Ellis points out that being a disabled on-screen star can be a lonely place to be and this won’t change overnight.

“Everyone on EastEnders is really nice but you have to remember I am the only deaf person there and that comes with pressure,” she explains — an Alternative MacTaggart teaser, no doubt.

Initially a budding writer, the self-described optimist burst onto the acting scene around seven years ago “through the back door” in Thorne’s Don’t Take Me Baby, for which she was BAFTA nominated, and was “thrust into a world where you’re instantly aware of being the only disabled person on set.” 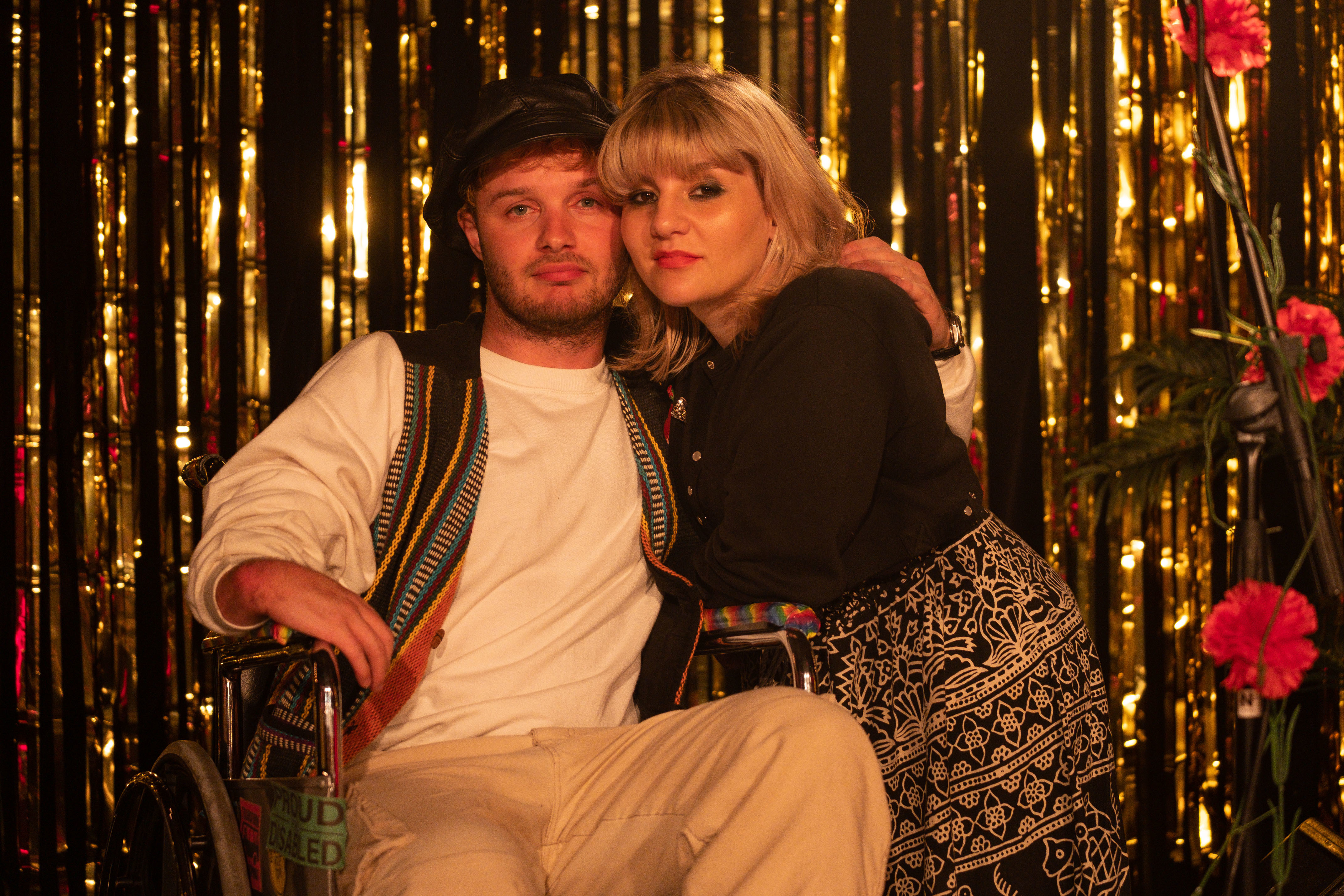 She rose to prominence in the likes of Russell T Davies’ Years and Years — the dystopian BBC series that was lauded for casting her in a role initially meant for a non-disabled person — along with last year’s Then Barbara Met Alan for the BBC about the passing of the UK Disability Discrimination Act.

“It is exhausting being the teacher because that’s what we [disabled actors] end up being,” she says. “The responsibility I feel to my community is huge. I put the pressure on myself and am incredibly honored to be in a position to do that.”

Like the others, Madeley has also observed improvements over the past year and notes “lots of producers have been in touch” since Thorne’s MacTaggart, but fears those at the very top still have a way to go.

“On big productions like Hollywood movies, [disabled actors] get so far then drop off,” says Madeley. “You get to the last two and just know there is a bigwig in an office somewhere with ‘The Fear.’”

So much is down to the gatekeepers, agrees Channel 4’s Castle, who has had a front-row seat over the past year. Along with Thorne’s speech, she puts the recent gains down to a generation of changemakers such as herself finally moving into gatekeeper roles or having an influence on non-disabled gatekeepers.

Castle points out, for example, that Thorne was selected for the MacTaggart by an Edinburgh board that featured a higher proportion of disabled people than ever before. “The industry has historically had disability specialists and we came together in the pandemic with the time and space to focus on why disabled people are being disproportionately excluded,” she adds. “We’ve all wanted to tell our story for so long but the gatekeepers weren’t necessarily opening the gates.”

Castle’s work with Channel 4 over the past 18 months has featured a “holy trinity” of commitments: production guidelines for working with off-screen disabled talent, welfare guidelines for on-screen contributors and, most recently, the channel’s first ever disability code of portrayal.

The latter has been forged to try and improve both the quality and quantity of disabled people appearing on TV, widening the genres in which they are seen and making sure that “we don’t make too much of a person being disabled, but don’t make too little either,” says Castle, who cites upcoming Channel 4 series Living Wild: How to Change Your Life, which will address host Sophie Morgan’s disability head on.

The road ahead is long but Thorne has laid down the gauntlet. As the UK approaches a cost-of-living crisis the likes of which hasn’t been experienced for decades (and which will likely disproportionately impact the disabled community), TV must continue to act or risk being culpable.

Madeley has a simple message for the gatekeepers. “If you’re worried about hiring me, give me five minutes on the phone, and I guarantee I’ll get rid of ‘The Fear.’”