Home » Lifestyle » Despite passing my driving test, I don't plan on taking my P-plates off

Despite passing my driving test, I don't plan on taking my P-plates off 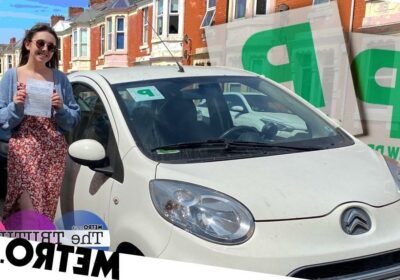 ‘Surely it’s time to get rid of those,’ my dad laughed, pointing at the green P-plate signs still stuck firmly to the front and back of my white Citroen C1.

‘You passed before Christmas, you’re hardly a new driver anymore.’

But no matter how much he and the rest of my family mock me, my P-plates are here to stay for the time being.

Because here’s the thing: I’m not the most confident, nor the best, driver. Not by a long shot. And I think it’s best that other people on the road are aware of that.

Unlike most of my peers, I didn’t learn to drive when I was 17. A-levels were just too important. Then I went to university, followed by travelling, and before I knew it, I was a 23-year-old who had never been behind the wheel before.

Jim, my driving instructor, was a lovely man and to tell the truth, I was excited to start driving. I longed for the freedom that having my own licence would bring.

But then, two hours before my first lesson, the nerves descended. I couldn’t even stomach a bowl of cereal. Not to mention the Joker-like image I projected when sweat met mascara.

Driving doesn’t come naturally to everyone, but to me, it came about as unnaturally as humanly possible. Jim would say ‘turn left’, and I’d go right. ‘Do an emergency stop’ he’d instruct, to which I’d slowly apply pressure to the brakes. ‘Speed up’, and I’d do 40mph in a 60 zone.

Panic swallowed me and following basic instructions became near impossible. 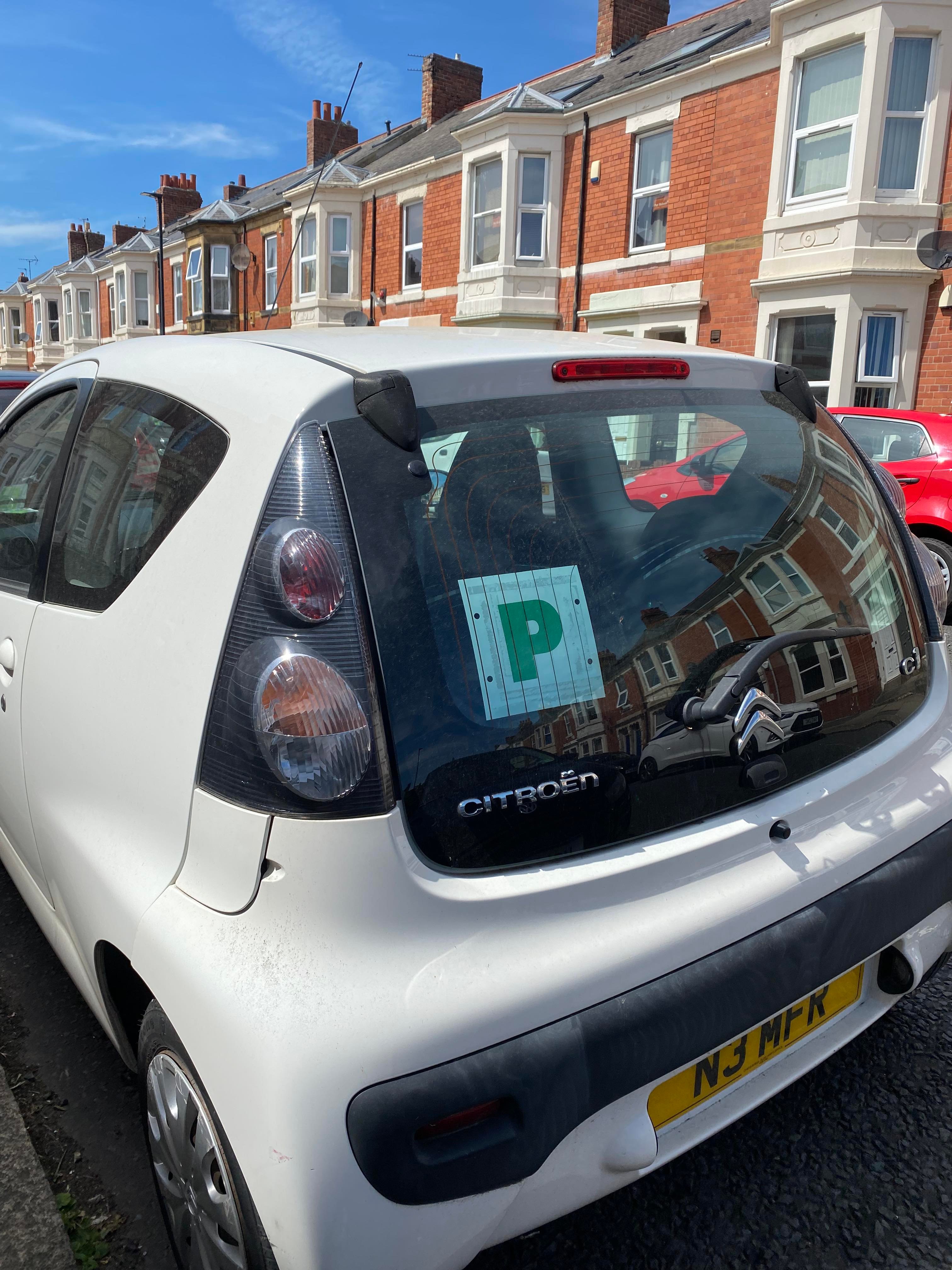 All in all, I took driving lessons for 10 months, through wind, rain, ice and snow. But preparing for my test wasn’t easy.

I had one-hour weekly slots with Jim and sporadic drives with my family, who clung to the sides of their seats like passengers on a plane losing altitude.

The one and only time my brother came out with me, he ordered me to turn around and go straight back home after 10 minutes, when I’d failed to notice I’d left my handbrake on the whole time we’d been out.

I drove in and out of Tesco car park in the blinding hope that one day I would park in the lines without stalling.

Did I go into my driving test feeling confident? Absolutely not. I was expecting a failed first attempt and a tub of Ben and Jerry’s as a pick-me-up.

At 8:58, I started my test, stumbling at the first hurdle. ‘Show me where the horn is’, she said, completely unaware that I did not, in fact, know where the horn was…

Buckled in and shaking like a chihuahua, I indicated right at the test centre and began what became a mortifying 30 minutes.

Manoeuvres were never (and still aren’t) my strong suit, so when asked to parallel park alongside a shiny BMW, I knew I was in trouble. Three attempts and a near miss later, I was finally parked – no minor in sight.

Despite stalling on a slip road and driving so close to the car in front I could see fear swelling in the eyes of their golden retriever, I passed with only two minors.

Receiving my certificate with a massive ‘PASS’ emblazoned on the front certainly sent me into a state of shock. How had I, of all people, managed it? All I’ll say is, miracles really do happen.

Passing for the first time left me feeling euphoric… invincible. After two months, I took my P-plates off, convinced I was a great driver.

However, a series of minor scrapes and bumps left me feeling more anxious than before – and my white Citroen C1 a car to be religiously avoided.

I drove home from work with my main beams on, blinding the Arriva bus in front of me. I had a rigorous battle with my handbrake, which left me rolling forwards into a ditch.

But after two failed parking attempts (having to get my boyfriend to jump in and save the day), mounting the pavement, and running a red light (apparently I didn’t know which pedal did what), I realised my P-plates had to return.

Since then, I’ve realised P-plates are nothing to be ashamed of and to be quite frank, I prefer having them on my car to not.

They’re a comfort to me and show other road users that I’m not as confident as they are and that sometimes I need that extra bit of time. Motorists flash me in, and they certainly don’t beep their horn at me at roundabouts when I could have taken the exit three or four times by now…

Seeing the bumps, scrapes and accidents that happen every day on our roads, however, shows just how dangerous driving can be. Especially if you are not vigilant and confident in your own abilities.

For me, confidence is key, and only when I feel completely confident in my own abilities will I take my P-plates off. Each day I’m becoming more and more confident and closer to being the driver I strive to be. Society is always so good at criticising but never congratulating.

I am proud of passing my driving test. And if I still need to use my P-plates despite that, then I will.

Metro.co.uk’s weekly The Truth Is… series seeks to explore anything and everything when it comes to life’s unspoken truths and long-held secrets. Contributors will challenge popular misconceptions on a topic close to their hearts, confess to a deeply personal secret, or reveal their wisdom from experience – good and bad – when it comes to romance or family relationships.