Three of the stars of “Sex and the City” have issued a statement regarding the sexual assault and misconduct allegations against their former co-star Chris Noth.

“We are deeply saddened to hear the allegations against Chris Noth,” reads the statement, posted to Instagram and signed by Cynthia Nixon, Sarah Jessica Parker and Kristin Davis.

“We support the women who have come forward and shared their painful experiences,” it continues. “We know it must be a very difficult thing to do and we commend them for it.”

Ex-“Sex” star Kim Cattrall — who was written out of the current “SATC” sequel series, “And Just Like That,” amid years of bad blood between her and Parker — was noticeably not a signatory of the terse statement.

Noth was accused of sexually assaulting two women in 2004 and 2015 in a bombshell feature by the Hollywood Reporter last week. Another woman then told the Daily Beast that he allegedly forced himself on her in the back office of a Midtown restaurant in 2010. 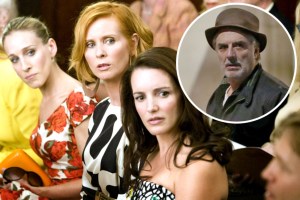 Actress Zoe Lister-Jones — who worked with Noth on “Law & Order: Criminal Intent” — also came out with her own story of sexual misconduct against him, while another actress, Krys Marshall, backed up Lister-Jones’ account of Noth’s behavior with women working at his club in the comments of Lister-Jones’ post. 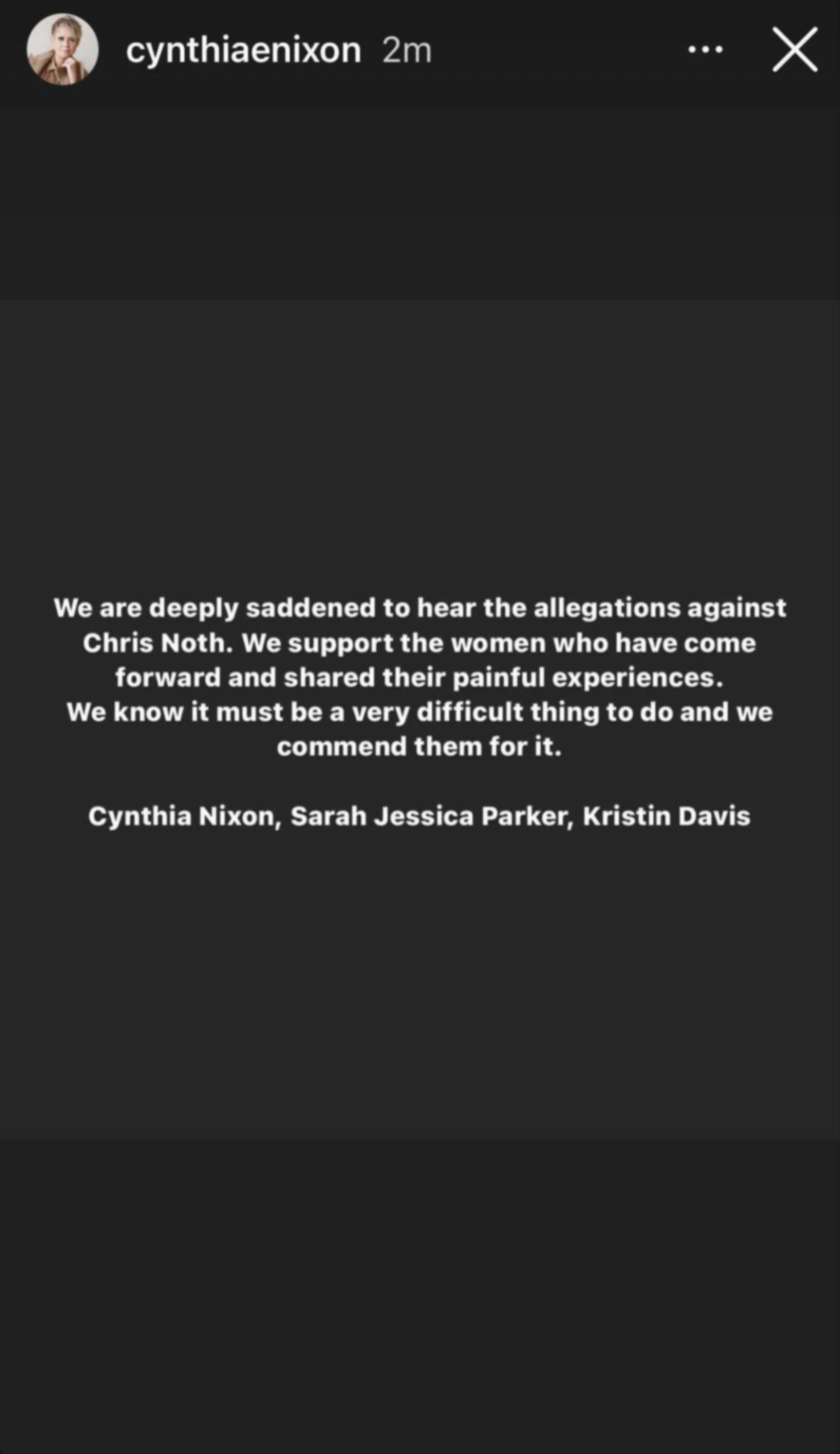 Noth, 67, was axed from the CBS series “The Equalizer” this week in the wake of the allegations and has also been dropped from his agency, A3 Artists. Additionally, a deal by booze brand Entertainment Arts Research to purchase Noth’s tequila line Ambhar for $12 million fell through in the fallout.

Noth has denied the allegations. His wife, Tara Wilson, who shares two children with the actor, “is not doing well,” amid the scandal, The US Sun reported over the weekend.