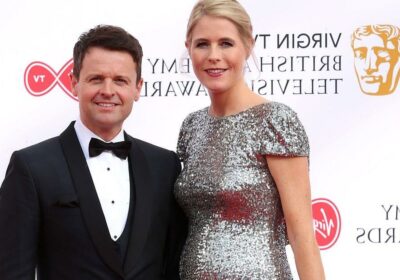 As one half of the Geordie duo Ant and Dec, Declan Donnelly is back on our screens hosting the latest season of I’m A Celebrity… Get Me Out Of Here!.

Away from his TV career, Dec, 47, is a devoted husband to talent manager Ali Astall and father to their two children, daughter Isla and son Jack.

The two met as Astall worked as Dec’s manager for over a decade before they got together.

She works alongside Ant McPartlin’s wife Anne-Marie Corbett at celebrity agency James Grant Management, where, aside from Dec, she has worked with the likes of Fearne Cotton and Holly Willoughby.

The couple started dating in 2014 and tied the knot in Newcastle in 2015, with Ant as best man.

Speaking about his single life, Dec said: "It was one of those things. I thought, God! It is really hard to meet girls.”

"People would always try and set me up, which was awkward. You can't set me up on a blind date because she will automatically know more about me."

Before finding ‘the one’ and settling down, the ITV presenter’s dating history features a few other famous women.

Dec dated actress Clare Buckfield for 11 years after they met as teenagers. Dec had found fame on Byker’s Grove and Clare starred in Grange Hill and Two Point Four Children.

Splitting in 2003, Dec previously stated that their busy schedules were to blame for their break up.

In 2009, Dec began dating Sky Sports presenter Georgie Thompson. He called it quits in 2011 after two years together but they remained on good terms.

Soon after their split, Georgie said in an interview: "In the end it wasn’t to be and the reality is that if one person wants one thing and one person wants another – and never the twain shall meet – you have to be grown-up about it, however painful that might be, and accept that."

I’m A Celeb alum Ashley Roberts has also been romantically linked to Dec after he hinted he had a crush on her during her stint in the jungle in 2012.

The pair never properly dated but after she left the jungle, she said: "I’d like to get to know Dec better. It would be nice to go for a drink and a chat."

When questioned about the rumours in 2013, Ashley said: "We’re trying to keep it out of the public eye. We’re just getting to know each other. We’re having fun, but I’m single."

The pair are good friends to this day, with Ashley attending Dec's wedding in 2015.