A shaggy dog story! Day two of Crufts sees longer-haired canines vying for rosettes in Birmingham – with many prized pooches sporting SHOES to protect their paws

If the first day of Crufts was about celebrating robust gundog breeds, then day two at the famous dog show sees more delicate canines putting their best paws forward.

The second day of competition at Birmingham’s NEC arena will see working breeds and pastoral breeds​ vying for rosettes.

Many of the pooches competing arrived at the venue at the crack of dawn to ensure they were fully prepared, with the day’s programme officially starting at 8:40am. 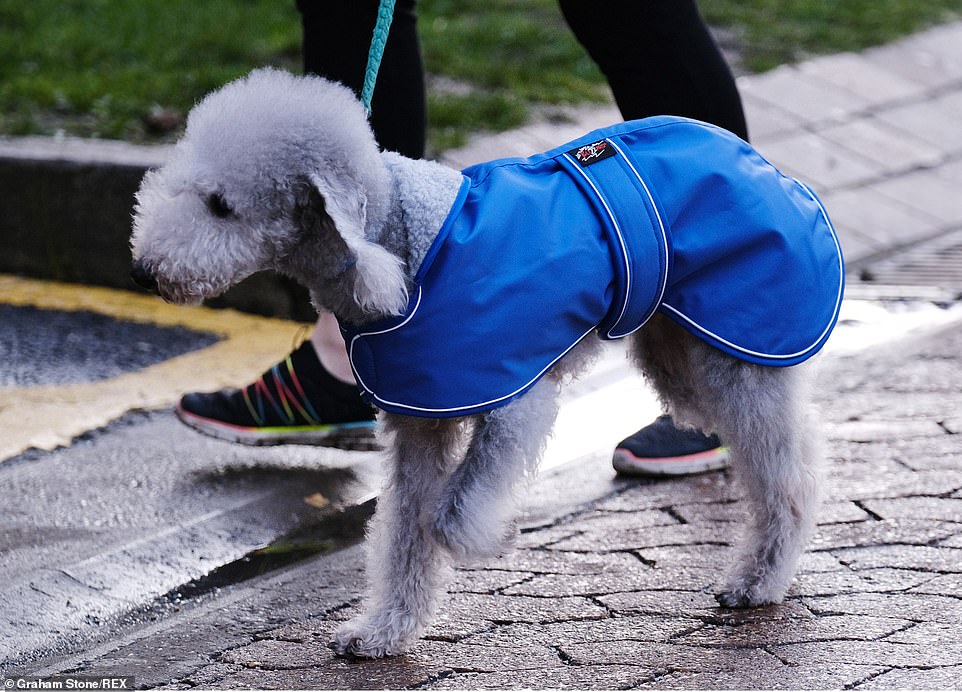 Day two! A grey Bedlington Terrier wanders in for its moment in the Crufts spotlight as the Birmingham NEC arena welcomes thousands of pastoral and working dogs on day two of the competition 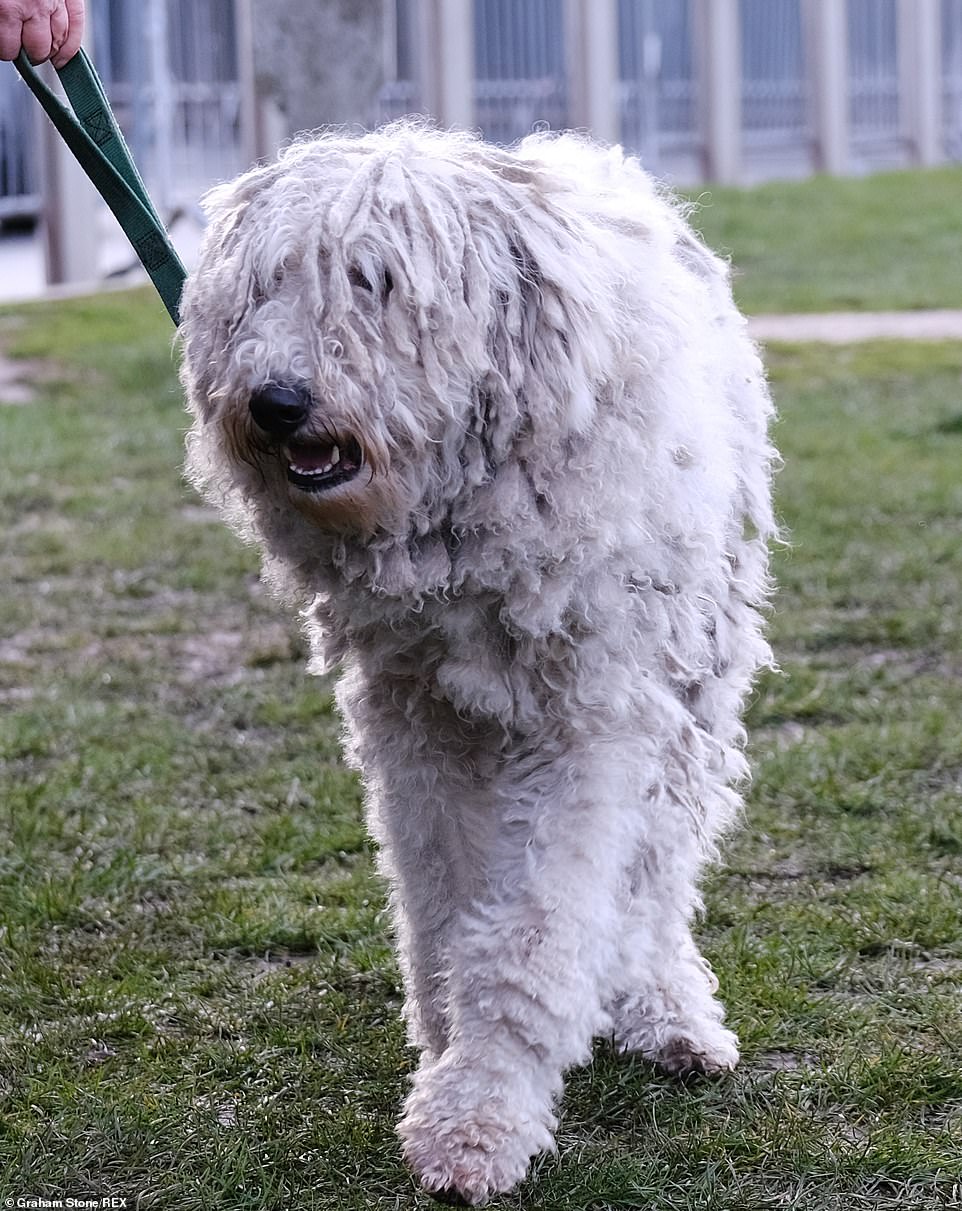 A shaggy dog story! This statuesque hound, and its fantastic coat arrives for the working dog competition 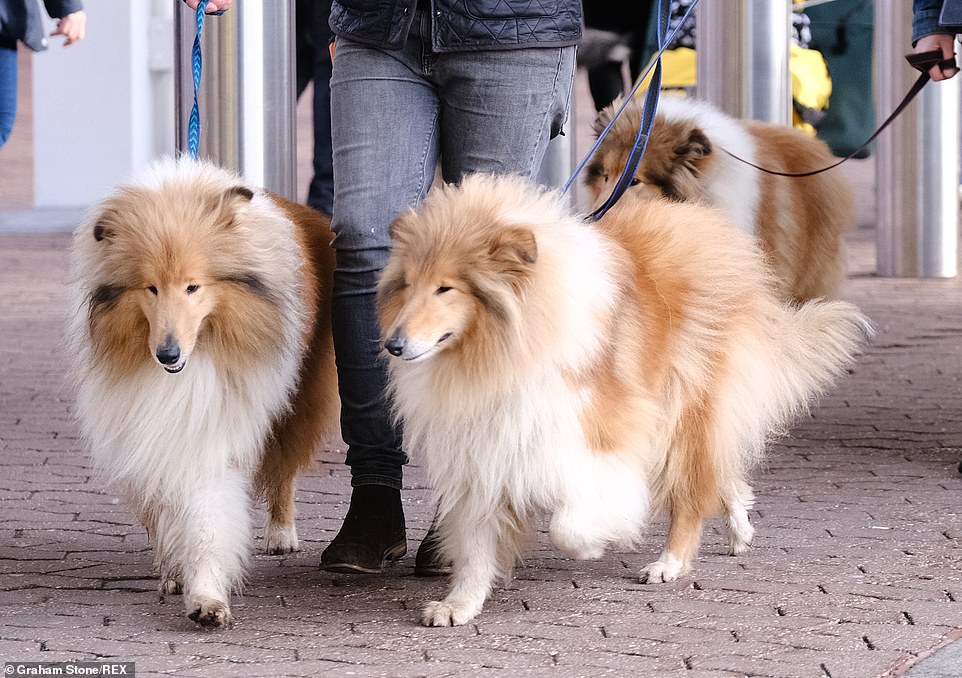 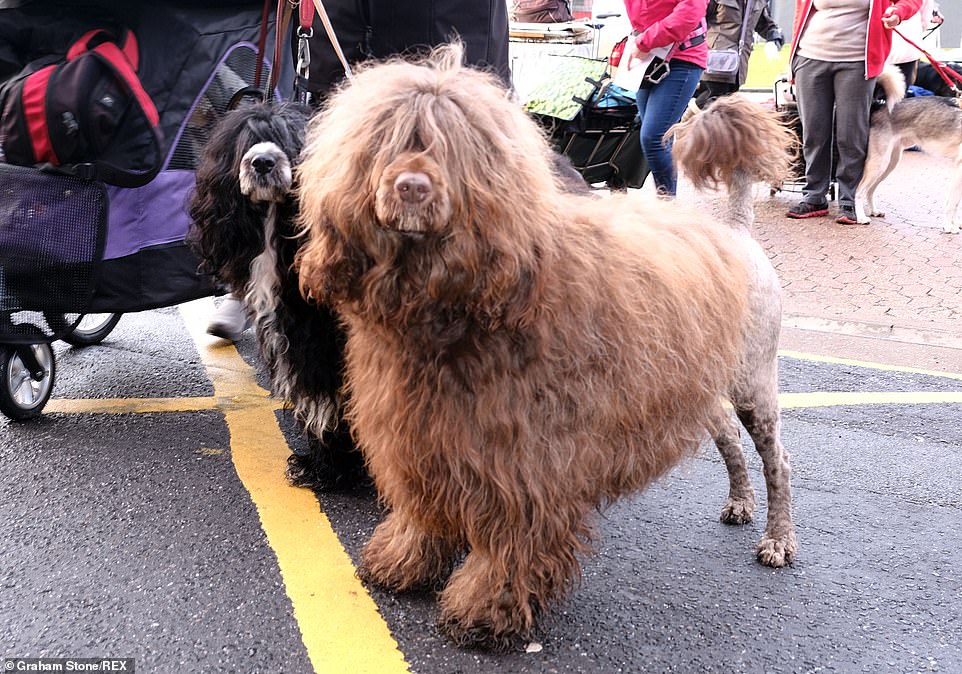 Hair we go: This dog is wearing all of its caramel coloured coat up front, with just a tufty tail at the back 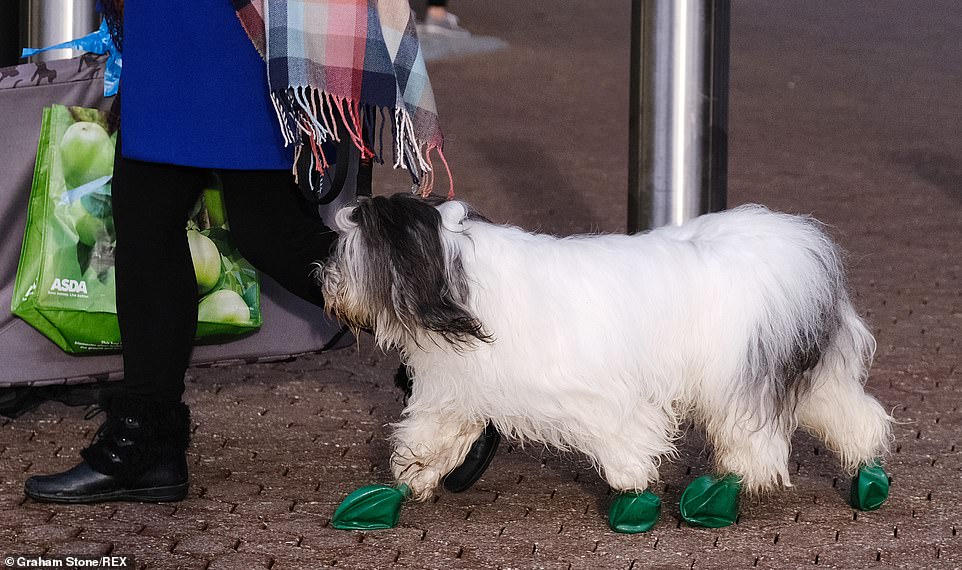 Mane attraction! This pooch wandered in wearing what looked like four green swimming caps on its feet to keep paws pristine 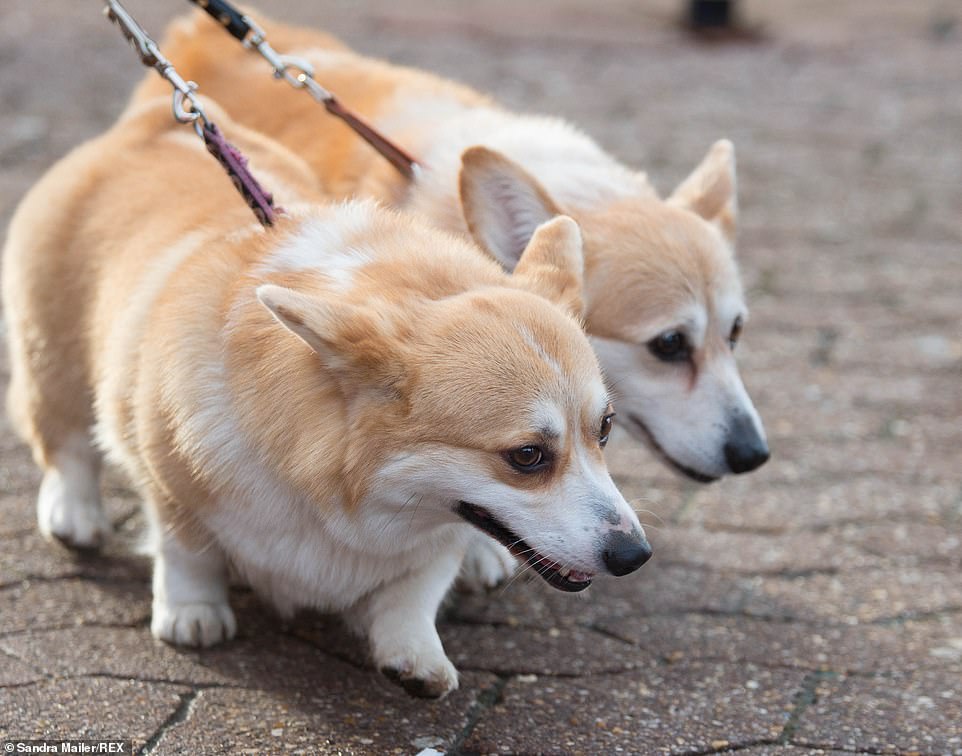 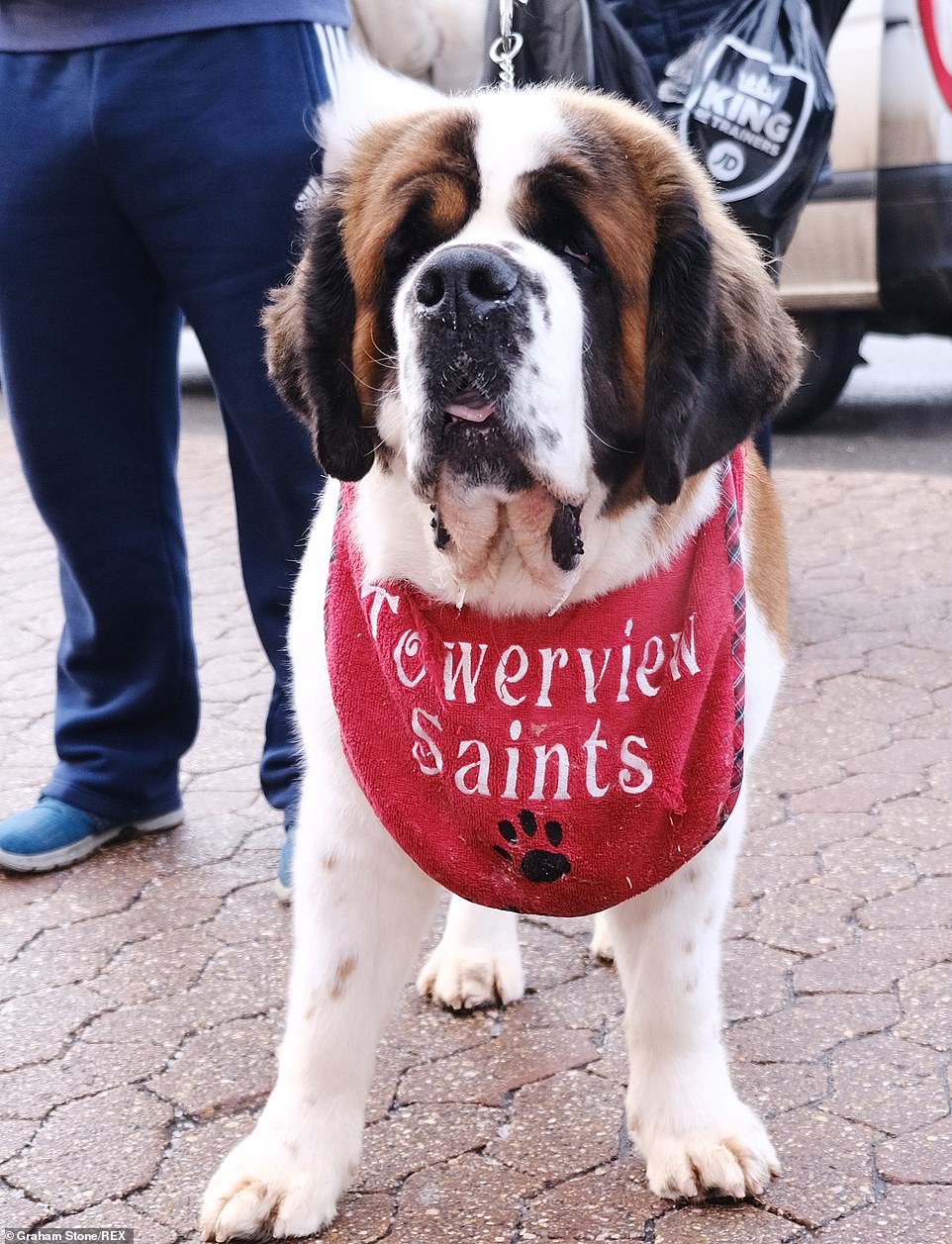 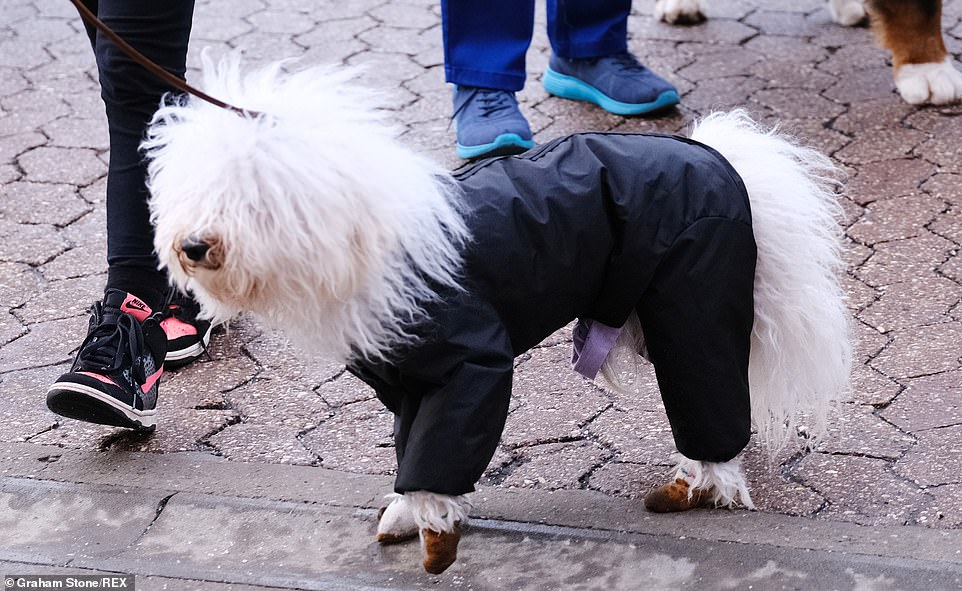 Dressed for business: This little pooch arrived in a waterproof coat wearing a set of woollen socks for the journey to the famous green show floor of the NEC 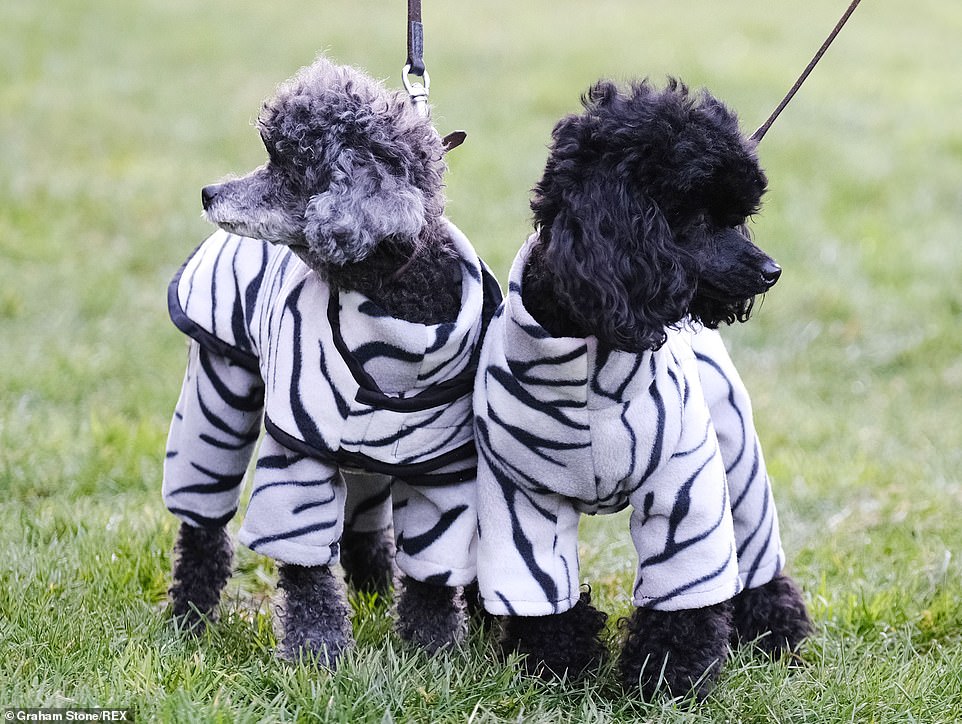 Oh so pretty! This duet of toy poodles came dressed as zebras but will be hoping to walk away winners in the pastoral section

The annual event, founded by Charles Cruft in the late 19th century and now held at the Birmingham NEC, brings thousands of dogs to the Midlands city, with many vying for the coveted Best in Show rosette.

The first day of competition yesterday was dedicated to gundogs, and saw animals put through their paces with points awarded for agility, flyball, heelwork and displays.

The packed daily programme runs from 8:45am in the morning until 20:40 in the evening with More4 showing all 13 hours of coverage, while Clare Balding hosts an hour-long Crufts catch-up nightly on Channel 4. 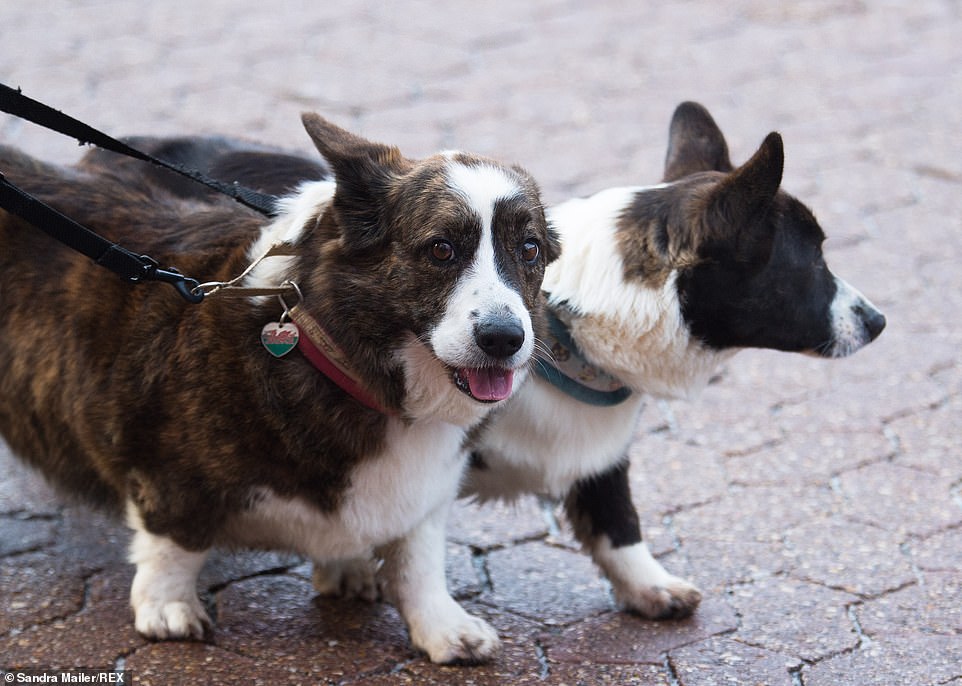 What have we ear? Two cuties, sporting the Welsh dragon on their colleagues head into the arena 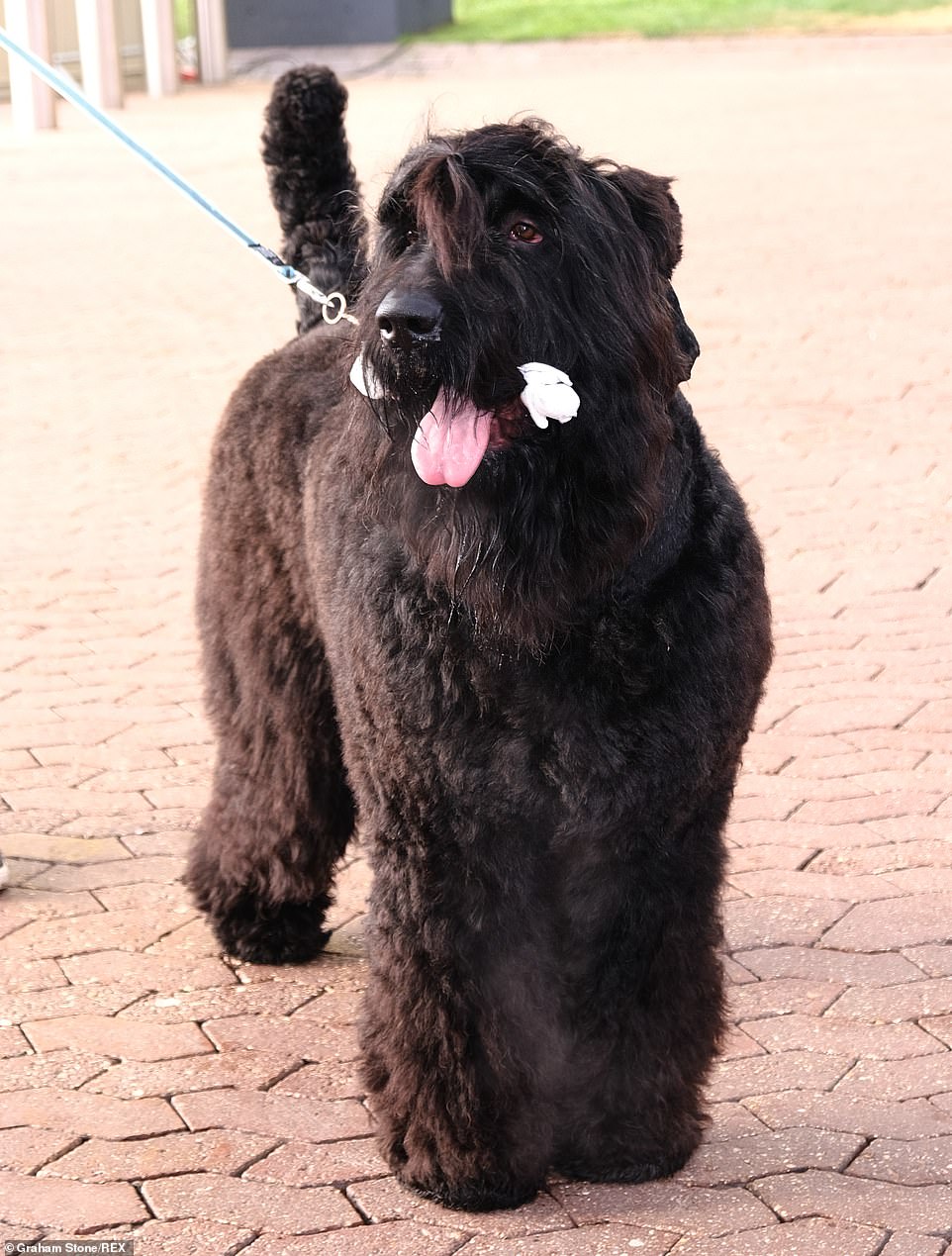 Over four days some 170,000 spectators are expected in Birmingham, with the Best in Show category the climax on Sunday 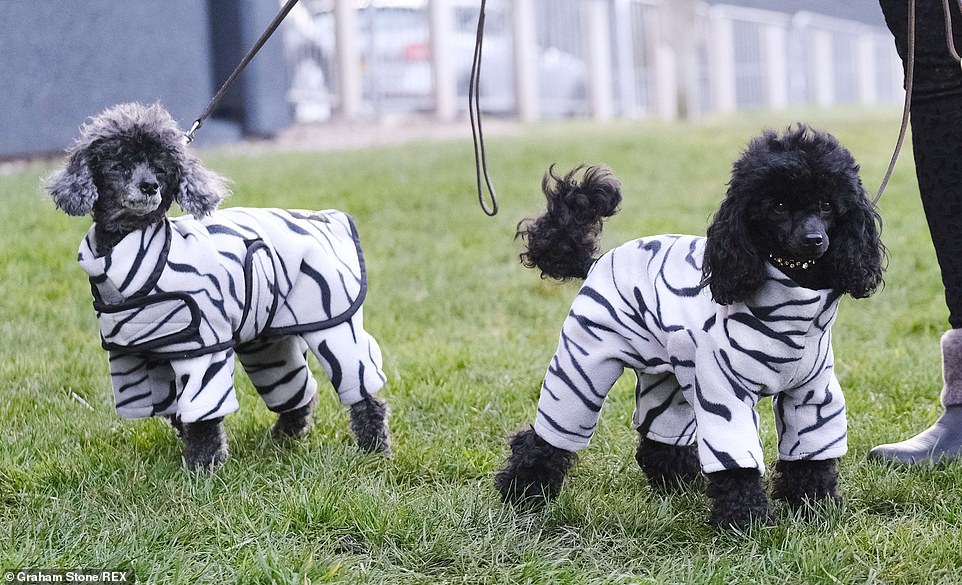 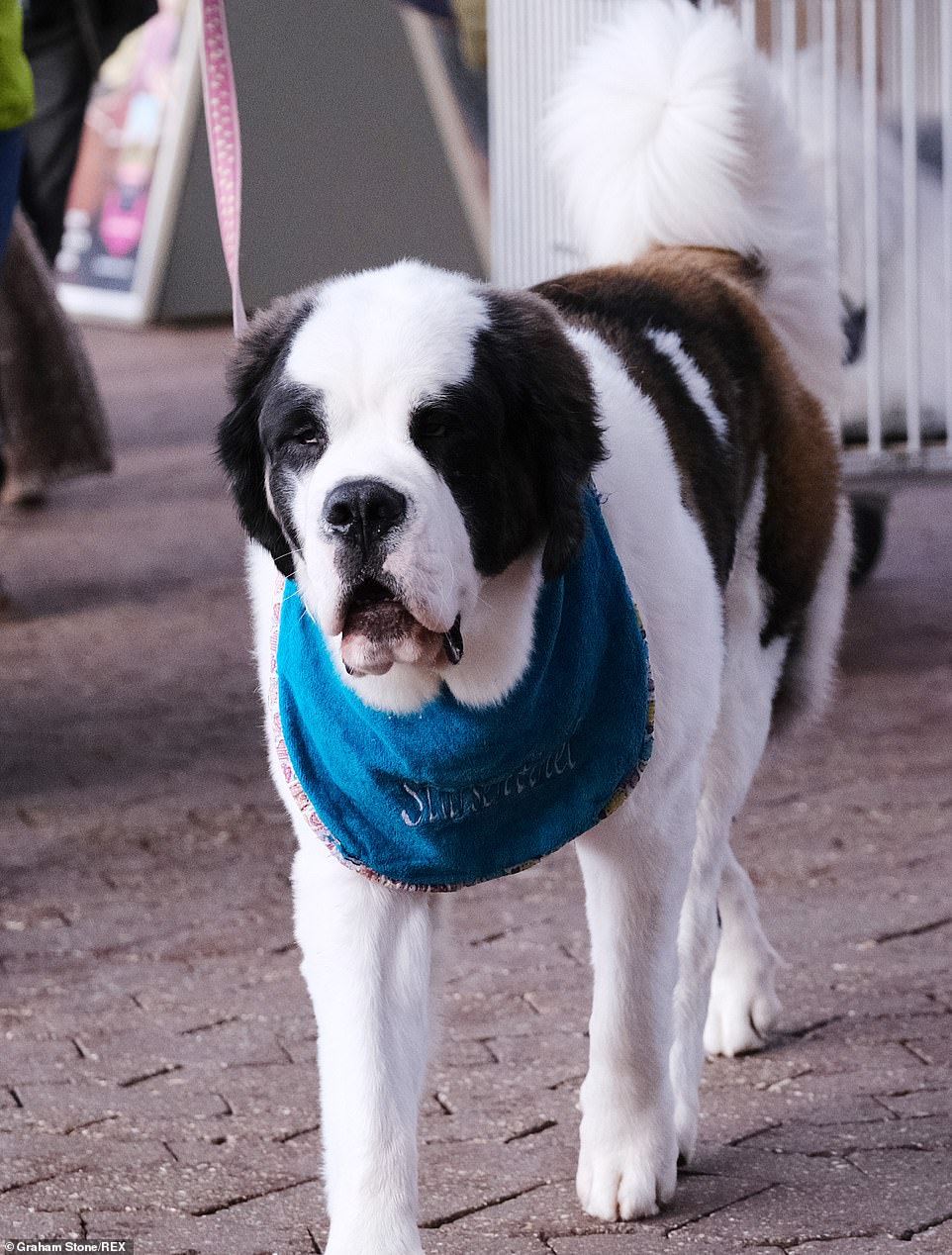 This handsome hound, sporting a blue bin in contrast to snow-white paws, looked entirely casual about the day of competition ahead

The event, which runs from Thursday, March 7th to Sunday, March 10th, has courted controversy in recent years with protesters calling the competition ‘cruel’, although the UK Kennel Club, who are behind the event, say they’re ‘committed to ensuring that all dogs have the opportunity to lead healthy, happy lives, with responsible owners’.

The pooch-filled pow-wow was established by Charles Cruft in 1891 as a much smaller event held at the Royal Agricultural Hall in Islington, and has grown to become the world’s biggest dog show.

There was a sprinkling of celebrities at the event yesterday, with rapper Professor Green and Love Island star Chris Hughes showing their affection for four-legged friends. Former Hollyoaks actress Jorgie Portas was also in attendance on the first day with her dog Lady. 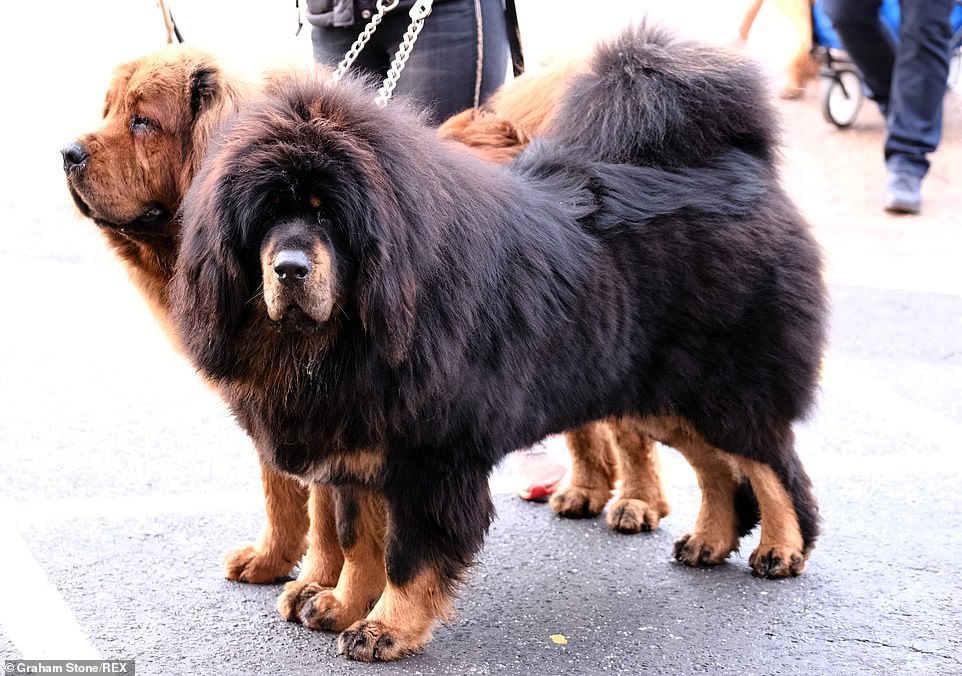 Oh the glamour: A duo of lustrous-coated dogs look prepped for their big moments, although one wonders whether the hound on the right can actually see

Green said: ‘I just think dogs are brilliant for so many reasons, they always put a smile on my face, however miserable I might be feeling.

‘They give back a hell of a lot – they’re not like cats where they just take you, use you and sod off!

‘I love dogs and have always loved dogs, which is quite a surprise because one of my first instances with dogs was a little Jack Russell when I was about seven years old.

‘It was running around and around and me and I was half sure he was going to bite me, thank God he didn’t.

‘Quite strangely I still love dogs, because enough happened in my early years to be petrified of them.

‘I love them, I’ve had dogs for an awful long time.’

Every year bookmakers see dog fans placing bets on breeds likely to scoop the top prize. Last year’s overall winner was Tease, a whippet from Scotland but Bookies Betway has revealed that this year’s favourite to walk away with the rosette is the gundog category, which last won the category in 2017. Odds are currently at 11/8 with terriers nipping at the heels with odds of 7/4.

As well as ‘Best in Show’, this year five pets are in contention for Crufts’ dog hero competition, proving that some pups go above and beyond in being mankind’s best friend.

Among them is Finn the German shepherd who saved owner Pc David Wardell’s life while working as a police dog, receiving life-threatening injuries in the process.

The pair were chasing a robbery suspect in October 2016 who turned and attacked with a knife, stabbing Finn in the head and chest as he leapt to protect David.

This year’s show will be aired on Channel 4 with a daily hour-long show until Sunday. More4 will offer additional live coverage every day.