Home » DAILY MAIL COMMENT: We need a jump-start, not just this roadmap

DAILY MAIL COMMENT: We need a jump-start, not just this roadmap 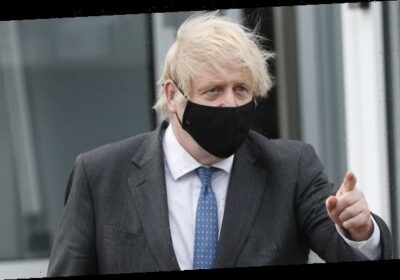 DAILY MAIL COMMENT: We need a jump-start, not just this roadmap

As roadmaps go, it’s hardly the full AA atlas. Yes, it leads us out of the cul-de-sac we’ve been stuck in since December, but sadly not as far as the open road. That page appears to be missing.

If advance indications are to be believed, Boris Johnson’s chart for national reawakening is cautious, highly conditional and fails to offer a detailed timetable for ending all restrictions.

It’s a start, but a disappointingly timid one. Plenty of data, not enough dates.

With the vaccine rollout proving a spectacular success, infection rates and hospitalisations falling vertiginously, and the NHS winter crisis period almost over, we were hoping for some certainty.

Yet despite the desperate urgency of their situation, hospitality and non-essential retail are still none the wiser about exactly when they can get back to any semblance of normality. 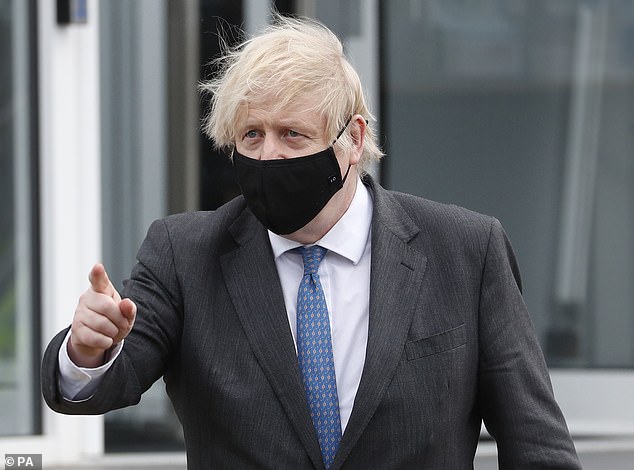 There are vague promises (if stringent tests are met) that pubs and restaurants may be able to operate outside by sometime in April, and inside perhaps from mid-May. Hairdressers, beauticians and indoor gyms possibly also by May.

But these are businesses in existential crisis now. Many needed clarity to survive. They signally failed to get it. For them and the legions of workers they employ, this roadmap is a crushing let-down.

There is good news of course and for parents especially, some blessed relief.

Mr Johnson will today confirm that all schools will reopen from March 8. No fiddly phasing in, no primary schools only, no alternate days, no dividing up of year groups, no fragmenting of classes.

The PM understands that children have suffered too much already from the endless months of disruption, and so is turning a deaf ear to the teaching unions’ noisy demands for a staggered return.

Thankfully, he is supported in this by Labour leader Sir Keir Starmer. Sir Keir has had a poor Covid war, but we recognise his courage now in putting the health and welfare of children above the cynical politicking of his party’s Left.

A major Public Health England/ONS survey in December concluded that school staff had no increased risk of catching Covid, that schools did not increase community infection rates and that secondary schools were not at significantly more risk than primary. 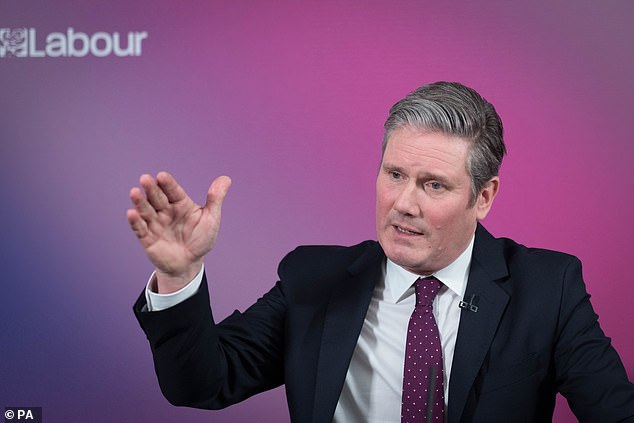 Labour leader Sir Keir Starmer (pictured at Labour’s headquarters in London last week) has had a poor Covid war, but we recognise his courage now in putting the health and welfare of children above the cynical politicking of his party’s Left

This provides Mr Johnson with strong moral authority. The unions will respond with petulance and threats but there is no excuse for backsliding.

There are some welcome concessions for social interaction, too. From March 8, two people from separate households will again be able to meet in a public place, sit down on a bench, drink coffee or enjoy a picnic.

On March 29, the rule of six returns for family and friends meeting outdoors and open-air sports will resume, allowing children and adults alike to shake off the damaging torpor of lockdown.

Some might say we should be grateful for these small mercies. But they are still more than five weeks away and how bizarre that such safe and innocent outdoor pursuits were illegal in the first place.

All this being said, we have yet to hear Mr Johnson’s full announcement. Let’s hope he has held some optimistic news back.

In today’s Mail alone there are stories about the shocking toll of lockdown on the mental health of the elderly, months-long waits for passports and driving licences and the decimation of the travel industry.

Like a car that’s been left to rust, Britain has seized up. The battery is flat and we’re out of gas.

We don’t just need a map, Prime Minister, we need an injection of high-octane fuel and a jump-start to get us back on the road.