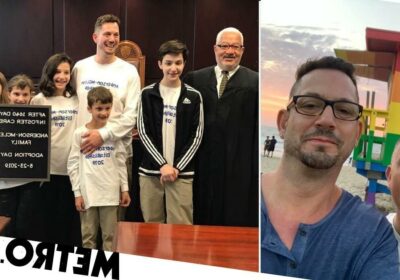 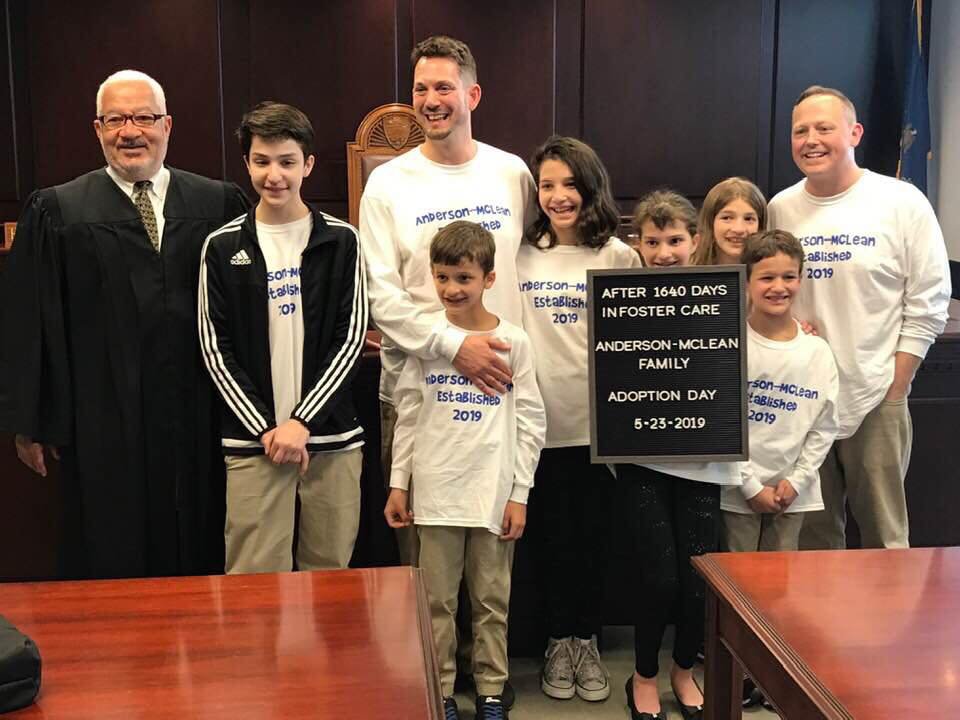 A gay couple has adopted six siblings so they could grow up together – taking their total number of children to an impressive eight.

Steve and Rob Anderson-McLean, from Michigan, US, made the decision to adopt all six children after they were neglected by their biological parents and spent over four years in the foster care system.

Steve and Rob wanted to make sure the children weren’t split up after leaving the foster system – something that often happens with large sets of siblings.

One of the brothers said: ‘I finally have a real family.’

‘I’m adopted,’ another brother, Max declared after the ceremony. ‘You can’t get unadopted right?’

Steve and Rob Anderson-McLean have been together for 18 years, getting married in Maryland in 2013.

The couple had already raised two sons together, Parker, 25 and Noah, 21, from a previous marriage before going forward with the adoptions.

‘The judge asked, “Do you understand at this point forward they are your children? They are just as much as your biological children,”‘ Steve told GMA.

‘Obviously, we knew that, but when I looked up and saw all those eyes, it was very emotional. We never imagined we’d be lucky enough or blessed enough to have six.’

Steve is currently a stay-at-home father to the six children after leaving his career as a wedding planner, while Rob works as a railway engineer.

The pair told Fox 5 in New York that they have now bought themselves a ‘soccer dad’ minivan to transport their newly enormous family.

The couple said the siblings had endured a difficult childhood before entering the foster system in 2017.

‘It was a bad background, a sad story – there was neglect and abuse,’ Steve said.

After matching with the children in June 2018, the siblings moved in with Steve and Rob a month later.

‘After the first week they were asking if they could stay forever,’ Steve said in an interview with Today.

‘It feels as if our emotional bonds were years in the making,’ Rob added. ‘There are no rules as to what can constitute a family and the love that we share.’