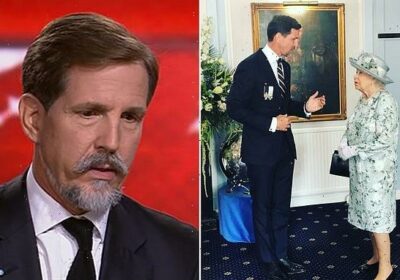 Crown Prince Pavlos of Greece has said his third cousin Queen Elizabeth II was ‘one of the most wonderful people ever’ as he prepares to attend her funeral tomorrow.

The Crown Prince, who is the son of King Constantine II, the last King of Greece and Anne-Marie of Denmark, has revealed he will be attending Her late Majesty’s state funeral on behalf of his father, who is too ill to make the journey.

Speaking on the BBC today, Prince Pavlos, 55, said the Queen, who was his third cousin twice removed, always supported his family and showed them great kindness. 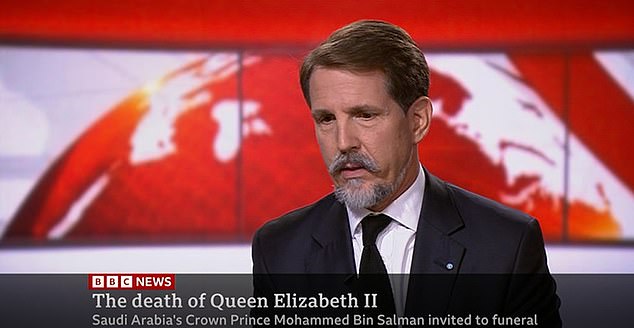 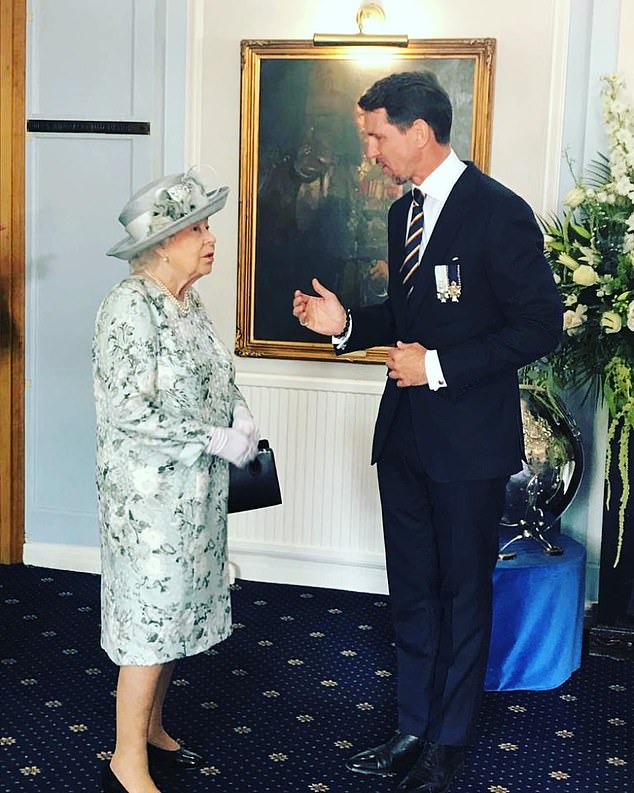 Prince Pavlos, 55, who is the third cousin twice removed of Her late Majesty, said the monarch was a great support to his family over the years

He said: ‘The Queen has always been a very kind person to my famiy. Always received with a smile.

‘My parents were very well taken care of by her when we left Greece and lived in England for years after.’

Prince Pavlos added his father was a ‘confidant’ for the Queen throughout their years in the UK, after he was forced to flee the country with his family following a coup.

The 55-year-old added: ‘The Queen was always receiving us with great smiles and family friendship.

‘Always enquiring how things were going back home or elsewhere. One of the most wonderful people ever.’

He went on to praise the late monarch’s ’empathy, kindness and her service’ – while adding the Duke of Edinburgh also showed him great respect over the years. 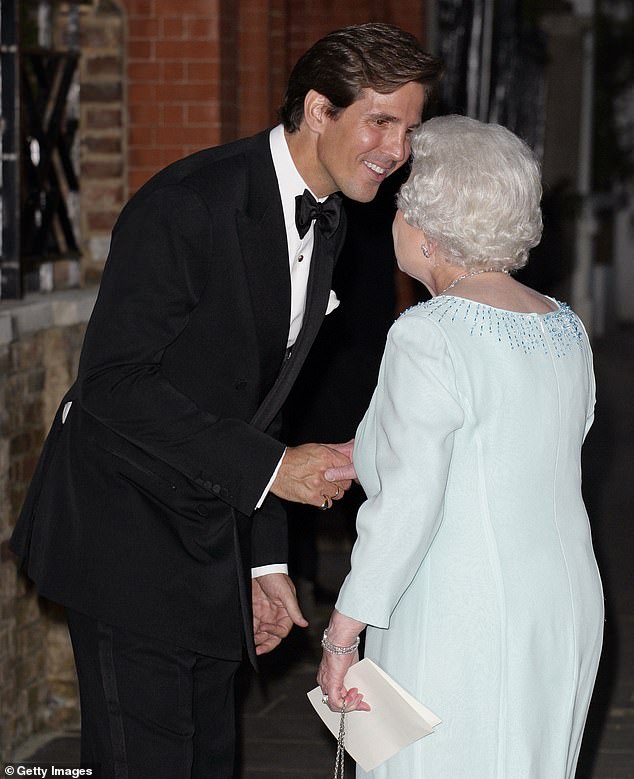 The Queen (pictured with Crown Prince Pavlos of Greece at King Constantine II’s 70th birthday party) was also chief of the Royal Scots Dragoon Guards, in which Pavlos served

He said it was a ‘big loss’ to hear of the death of Queen Elizabeth II.

As a veteran of the Royal Scots Dragoon Guards, a regiment the Queen was chief of, the Crown Prince said his connection to the late monarch was strong.

‘It was, for me, one of the most wonderful experiences to have served her directly,’ he said.

‘I feel like, not only am I part of her regimental family but also her real family.’

The Crown Prince, who is the eldest son of King Constantine II, said he would be attending Queen Elizabeth II’s funeral tomorrow with his mother and his wife Marie-Chantal, Crown Princess of Greece.

King Constantine, 82, suffered a stroke last December and was hospitalised in Athens. His bout of poor health followed a previous stroke in 2018.

In more recent public appearances he has been pictured using a wheelchair and, according to his son, he is not well enough to attend the funeral of Queen Elizabeth II in London.

The Queen’s relationship with her Greek cousins was always strong, even after the Mediterranean country abolished the monarchy in 1973.

A video of the Crown Prince and Princess’s wedding in 1995 recently surfaced in which Her late Majesty, one of the guests, was seen fussing over the bride.

As the family gathered for a group photo on the wedding day, the Queen was captured adjusting Marie-Chantal’s train to ensure the photo was picture-perfect.

Speaking about the sweet moment on the BBC today, he said: ‘She obviously knew how to maintain the right decorum.’