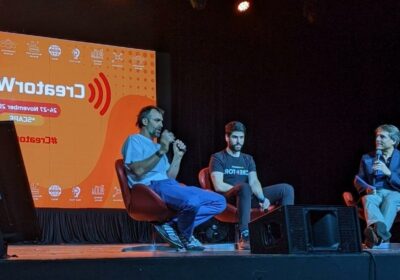 CreatorWorld is held under the umbrella of the Singapore Media Festival.

Niche content is becoming more successful. Creators who create specific niche content will have a big opportunity to break out, according to Alex Dwek of Nas Company. This view was shared by Steve Crombie of Totem Network. “If you’re going to go into any particular area or any genre, be really specific in the thing that you love. If you go ultra broad, generally it’s not going to work.”

Panellists also observed that Big Tech firms Facebook, TikTok and YouTube were prioritizing the monetization of short form video content in an attempt to retain audiences that are constantly fracturing and moving onto newer platforms. One trend that panellists noted was that mid-length YouTube videos were performing most poorly, compared to their short or long-form formats.

Of greater worry to these ad-reliant tech giants is the fact that privacy changes have removed much of the unique selling point of their ad services.

Said Alex Dwek, “In the past, we were relying a lot on Facebook ads or Google ads in order to reach people. But in the past two years, Apple changed their privacy rules [on iOS devices]. And now it’s harder to target people. And so the return on the amount of money you spend is getting lower.”

Dwek pointed to a recent conversation he had with Netflix executives as an indicator of how companies are spending those marketing dollars instead.

“They said with Korean dramas, one of the interesting things they do now is they go to the Philippines, and they find interesting Facebook groups who are super fans around Korean dramas and they actually sponsor those groups, and do activities and activations within them.” said Dwek.