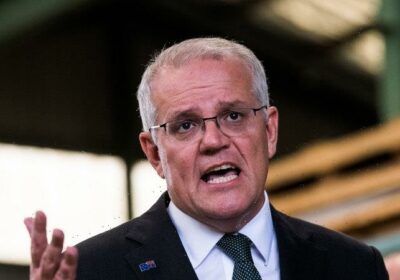 Common prescription medicines including asthma preventers and many contraceptive pills would be $10 cheaper per script from next year under a Coalition election promise to tackle cost-of-living pressure for millions of Australians.

In a pitch to middle Australia, Prime Minister Scott Morrison will say on Saturday that 19 million Australians who do not have concession cards will benefit from cheaper subsidised medications if his government wins the May 21 election. 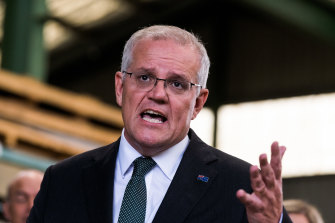 Scott Morrison says the Coalition is winding the clock back on the cost of medications, reducing the cost per script to 2008 prices.Credit:James Brickwood

The Coalition had previously scrapped plans to announce a $10 reduction to the co-payment in the March budget, forcing two government ministers to ask Hansard to delete references to the plan from speeches to parliament.

Responding to pressure from the powerful pharmacy lobby group to slash script co-payments earlier in the campaign, Health Minister Greg Hunt said such a move would increase costs for some.

But figures revealed on Wednesday showed inflation was at a more-than 20-year high, as Australians feel the pressure from rising household costs. Data from the Australian Bureau of Statistics showed health costs rose 3.5 per cent over the past year as the cost of essentials rose by 6.6 per cent, putting the cost-of-living debate at the centre of the election campaign.

“This is the single most significant change to the cost of and access to medications since the PBS was introduced more than 70 years ago,” Morrison will say.

“Because of our strong economic management, the Coalition is winding the clock back on the cost of medications, reducing the cost per script to 2008 prices. This will put more than $150 million back into the pockets of Australians every year.”

The pledge, which would take effect from January 1, would cost $155 million a year, taking the maximum cost of scripts for pharmaceutical benefits scheme-listed medicines down to $32.50. Labor is yet to announce a policy around prescription medicines or the PBS.

The Pharmacy Guild of Australia had been pushing both major parties to commit to cutting prescription costs by up to $20, saying to have any benefit for ordinary Australians the co-payment needed to be halved. But president Trent Twomey welcomed the $10 reduction on Friday.

“This reduction will help Australians struggling with the cost of living to make ends meet without delaying, deferring or skipping their prescription medicines,” Twomey said.

Earlier this month, a spokesman for Hunt said an analysis showed up to 2 million people would be worse off under the guild’s proposal to lower the co-payment “because of the impact on PBS script discounting and competition”.

Ahead of Saturday’s announcement, Hunt said the Coalition was focused on delivering affordable medications for all Australians. He said the government had listed or amended the listings of about 2900 medications on the PBS since it came to power in 2013.

“By listing these medications on the PBS, we are ensuring Australians can have access to affordable, life-saving medications that would otherwise cost thousands, or hundreds of thousands of dollars, without subsidy,” he said.

The Coalition estimates the $10 cut to subsidised medications could save people getting one prescription a month $120 a year, or $240 a year for those getting two medications each month.

In NSW, the roughly 6.1 million non-concession-card holders would save an estimated $51 million in prescription costs. In Victoria, the 5.1 million without concession cards could save $37 million. Over the past year, the cost of pharmaceuticals has risen 1.5 per cent in Sydney and 1.2 per cent in Melbourne, according to ABS data.

The Coalition has previously promised $273 million to provide more access to a potentially life-saving continuous glucose monitoring device for people with type 1 diabetes, and a couple of prostate cancer drugs will be listed on the PBS for the first time.

Earlier in the campaign, Labor unveiled a $135 million pledge to trial bulk-billed urgent care clinics in a bid to take pressure off overcrowded hospital emergency departments. The trial would see 50 urgent care clinics set up across the country, in a “key part” of Labor’s plan to strengthen Medicare.

Labor has also announced a $111 million package to improve the health of Aboriginal and Torres Strait Islander Australians, including funding for new dialysis units and training for 500 additional Indigenous healthcare workers.