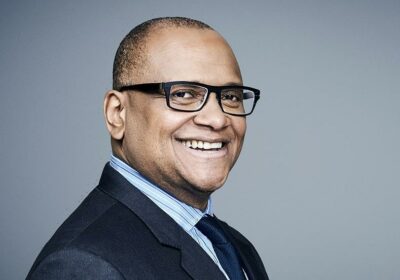 Marcus Mabry, a six-year veteran of CNN, has been promoted to SVP of digital editorial and programming at the news outlet.

In the role, Mabry will lead CNN’s digital global programming, features and visuals teams, including Opinion, CNN Style and CNN Travel. He will report to CNN’s chief digital officer — a role that has remained vacant after Andrew Morse exited the company earlier this year, following the shutdown of the CNN+ subscription streaming service.

Mabry comes aboard amid other high-level exits from CNN Digital, the merger of Discovery and WarnerMedia to form Warner Bros. Discovery. Those include Courtney Coupe, most recently SVP of content strategy and operations for CNN Digital, who exited to join LinkedIn, and CNN Digital editor in chief Meredith Artley.

In a memo to staff, Mabry said in a statement, “This is an honor. Not many boys raised by a single mom in Trenton get to occupy these positions of responsibility in American journalism. I could not be more excited to lead these talented teams at such a consequential time for our platforms, our network and our world.”

Most recently, Mabry was VP of global news programming. He joined CNN​ in 2016 to lead the mobile programming team, building out the mobile news team with a diverse cast of talent. Prior to CNN, Mabry was the first North American editor of Twitter Moments, the social platform’s news product and before that held multiple posts at the New York Times, including anchoring the daily web video show, TimesCast, and anchoring live video coverage of the 2012 Democratic and Republican National Conventions.​