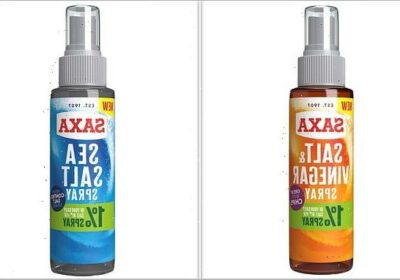 Salt and vinegar spritz! 2-in-1 SPRAY to recreate chip shop taste at home is to go on sale for £1.99

A clever new product allowing fish and chip fans to spray salt and vinegar onto their meal is launching in the UK next week.

British food manufacturer Premier Foods is launching two innovative £1.99 sprays from Saxa, one seasoning with pure sea salt and another flavouring with both salt and malt vinegar.

The 100ml sea salt sprays are set to go sale in Waitrose from Monday September 27 and will be launched in Sainsbury’s the following week, meanwhile the duo spray will sit shelves in early October.

Premier Foods say the convenient new product is the first of it’s type in the sector and it has been launched in a bit to help shoppers to take better control of their salt intake. 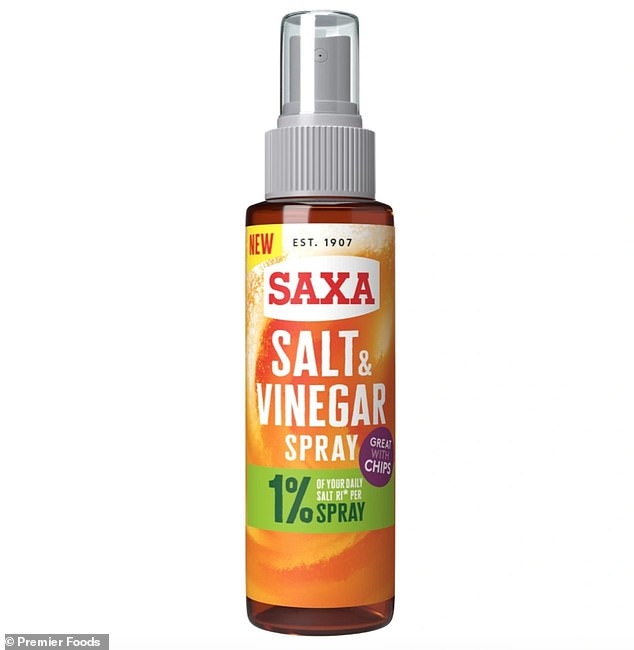 British food manufacturer Premier Foods is launching an innovative £1.99 sprays from Saxa (pictured) allowing fish and chip fans to spray salt and vinegar onto their meal

A spritz of each contains one per cent of shoppers’ daily salt intake, with five sprays said to be the same as a pinch of salt.

The NHS says adults should eat no more than six grams a day, while the World Health Organisation says there should be a limit of just five grams a day.

The average person in the UK is thought to eat around 8.1g salt a day, however this value has reduced by 15 per cent over the last decade.

The NHS also states that children aged between 1 and 3 should only have two grams of salt a day. Those 4 to 6 should be limited to three grams and children 7 to 10 should have a limit of five grams. 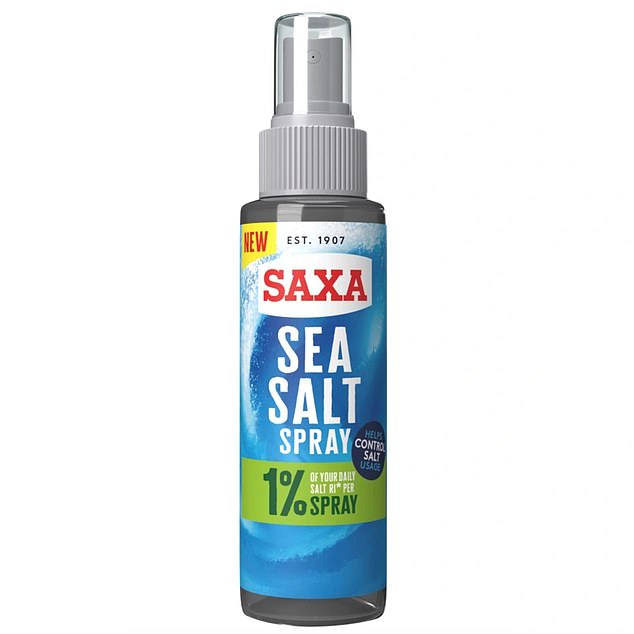 Helen Touchais, Brand Director for flavourings and seasonings at Premier Foods, said in a statement: ‘Salt consumption levels in the UK are above recommendations, with the average adult having 40 per cent more salt in their diet than official guidance.

‘With almost 20 per cent of salt consumption coming from the ingredient being added during cooking or at the table, the new spray bottle format we are introducing with Saxa gives the shopper greater control when cooking at home.

‘Having seen the spray bottle format successfully rolled out in other categories, we expect this launch to drive category value by enabling shoppers to control their salt intake without impacting the enjoyment of their meals.’