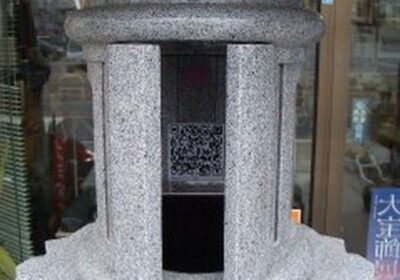 Most of us want to be remembered after we die.

However, would you enjoy people watching your best moments on video by scanning a QR code on your gravestone?

Well, according to claims, that's what is happened in Japan.

It posted a photo of a gravestone with a QR code on it, telling its 129,000 followers: "In Japan, it’s common to find QR codes on cemetery headstones. You scan the code, and then watch a video of the person’s life."

The post has since gone viral, racking up more than 28,000 likes, however it has left the internet divided.

One person wrote: "Aww so beautiful, I'd watch my late brother's. He had one of the most amazing stories I have ever witnessed."

While another added: "Wow, impressive. I would definitely watch one for my parents."

However, despite this, many didn't know whether to believe the information.

One Twitter user shared a photo of the gravestone which was in the original image without the QR, as they called the post "fake".

Another added: "No, I have never seen a QR code on the grave."

While a third wrote: "No. It is NOT common in Japan. I have never seen it."

However, after investigation from Daily Star, headstones with QR codes do appear advertised on Japanese gravestone maker Ishi no Koe's website.

He has been doing this since 2008, according to Wired.

Many people were certainly up for the idea of a QR code on their gravestone.

One person wrote: "I want my video to be me shaking my a**."

While another asked: "Can it just be all of my OnlyFans content?"

Meanwhile, others were a little freaked out as one wrote: "Won't be long and you'll get a 3D Hologram of the past awakening before you. Then you can 3D print a copy as an Android with all proceeds going to the relatives."