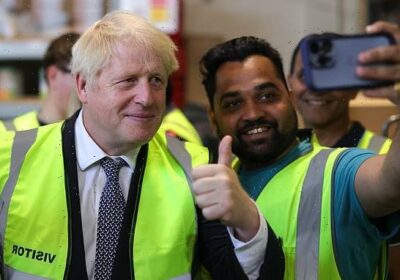 ‘History WILL remember Boris Johnson as a great leader – unlike sneering John Major, famed only for his traffic cones hotline’: Winston Churchill’s biographer ANDREW ROBERTS pens a farewell letter to the outgoing PM

Despite a short tenure in No 10, the historical weight of Boris Johnson’s reign will not be forgotten, writes ANDREW ROBERTS. Mr Johnson’s fellow Churchill biographer writes directly to the ousted prime minister in this letter for the Mail on Sunday.

Your place in the annals of this country is secure.

Despite being only the 34th longest-serving PM out of the 55, the sheer import of the events of your premiership will mark out your time in ways that are not true of premiers who were in No 10 for far longer.

Several Prime Ministers such as Lord Wilmington, Lord Goderich and Alec Home aren’t remembered for anything. Sir John Major will be associated with introducing a traffic cones hotline and suffering the worst electoral defeat since the Duke of Wellington.

By contrast, you took Britain out of the EU after the entire Establishment had mounted a three-and-a-half-year campaign to try to frustrate the will of the British people. You restored sovereignty over our laws to Parliament, wresting it from the clutches of Brussels. No longer are we subject to the thousands of regulations that continue to emanate every year from Brussels, which used to have primacy over our own domestic laws. 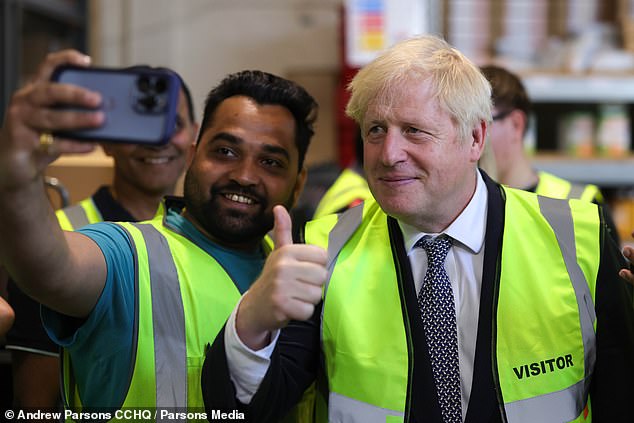 For that alone, you’ll be considered a ‘rainmaker’ post-war prime minister in the manner of Clement Attlee, Edward Heath (who took us into the Common Market), Margaret Thatcher and Tony Blair.

It was partly because Britain was not in the EU and thus tied to the European Medicines Agency that your Government initiated the incredibly swift and efficient rollout of the best Covid vaccines – AstraZeneca and Pfizer – thus saving an estimated 10,000 lives.

History has an uncanny way of differentiating between the important and the trivial, and the chaotic scenes in Westminster of last week will slip away as the underlying facts about your premiership are appreciated in the light of what really matters.

There was the furlough scheme that saved tens of thousands of businesses and millions of livelihoods. It was a textbook example of what statesmen need to do in a once-in-a-century crisis.

True, the cost will profoundly affect Britain’s economy for years but it was the right thing to do. Similarly with the war in Ukraine, your immediate, instinctive, open-hearted decision to fling this country onto the side of democracy and against Putin is something you can be proud of for the rest of your life.

Your eloquent advocacy of the Ukrainian cause was echoed by the Biden administration, further strengthening the special relationship, especially in view of the French and German propensity to promise much but deliver little.

Small wonder that the Russian media is celebrating your downfall.

These great events are what history will ultimately concentrate upon, rather than the footling trivialities of Partygate and your imperfect recollections about a bottom-pinching MP three years after being told of the man’s predilections. Prime Ministers used to be brought down over great and historic events. Neville Chamberlain fell over the Allied defeat in Norway; Anthony Eden was crushed by the Suez Crisis; Margaret Thatcher over the great issue of Britain’s relationship with Europe.

It is a sign of our pettiness, and perhaps also our decadence, that you were brought down over a few leaving parties for civil servants in Downing Street.

The truth is that you have an unusual ability to get people engaged with politics which I suspect we’ll not see again for some time in British politics, where charm, humour and charisma are in desperately short supply.

You created unity at a difficult and dangerous time for the country during Covid. You are also one of those rare public figures who not only believes that things such as knowledge of the past are important, but is willing to persuade people that this is so.

Future historians will study your two mayoral victories in Left-wing London, your government’s post-Brexit trade deals and the setting up of freeports. They will also recognise that you saved Britain from having an anti-Semitic Marxist-Leninist as Prime Minister and the way you and Priti Patel took steps to end the horrific scourge of people-smuggling. Then there were the genuine efforts to level up areas of the country that had fallen terribly far behind.

Although you have never taken yourself too seriously, you’ll go down as one of the serious and substantial Prime Ministers.

You struggled manfully for three years against the Blob at its most sanctimonious; against ranks of broadsheet newspaper columnists; Nicola Sturgeon; the Rejoiners (such as Lord Adonis who tweeted ‘If Boris goes, Brexit goes’); a Civil Service that constantly leaked against you; Dominic Cummings; and ‘relentless sledging’ from BBC Radio’s Today programme and the Church of England (the Labour Party at prayer).

The chaos of last week will probably be an interesting footnote to history because of the sheer number of resignations, but it will only ever be that.

In the implacable way that history has of sorting the wheat from the chaff, I believe you will be remembered for so much more than the way you agreed to resign – harried and damaged as a result of the absurd Tory Party rule whereby just 15 per cent of MPs could trigger a leadership vote.

Indeed, there is almost always that proportion of has-beens, malcontents, unpromotables, troublemakers, narcissists and people whose (usually unreasonable) ambitions have been disappointed on the backbenches of every political party at all times.

As for your future, you have a vast hinterland compared with most politicians. So you’ll be able to enjoy life rather than obsess about the events of July 2022.

You’ll be able to make a great fortune from your pen and on the international speaking circuit. Unveil some statues of yourself in a future free and peaceful Ukraine.

The best form of revenge against your detractors would be you and Carrie living well and happily.