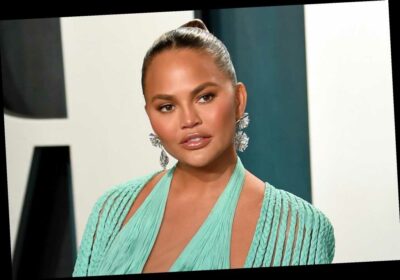 Chrissy Teigen’s style secrets are safe with us.

While the 35-year-old star looked stunning for her dinner date with husband John Legend on Sunday, she was actually covering up a major wardrobe malfunction behind the scenes.

The cookbook author paired a sparkling green cocktail dress from The Attico ($2,695) with an oversized blazer and Tom Ford heels for their night out.

Thanks to a broken zipper, her jacket soon became as functional as it was fashionable.

In a video on her Instagram Story, Teigen pulled back her jacket in the restaurant bathroom, giving fans a glimpse at the ripped zipper on the side of her dress. 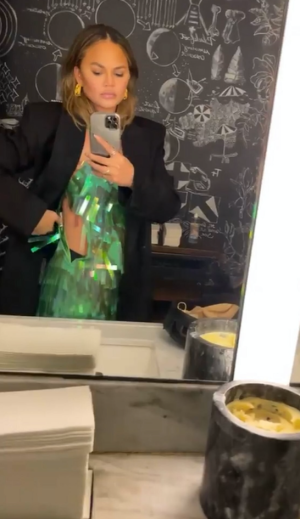 She quickly covered the gaping tear with her blazer, holding her finger to her lips as she let fans in on the secret.

If the style slip-up happened before she and Legend, 42, posed for a series of Instagram photos, the jacket cover-up seems to have done the trick.

It wasn’t Teigen’s first time joining the ranks of celebrities who have suffered wardrobe malfunctions, as a high slit exposed her nether regions on the American Music Awards red carpet in 2016.

The star is known for keeping it real and sharing candid fashion snaps with her followers — whether struggling with her swimsuit or posing in Spanx.