Before performing his song "Never Break," John Legend invited his wife Chrissy Teigen, their daughter Luna and their son Miles to join him onstage at a rally in Philadelphia. 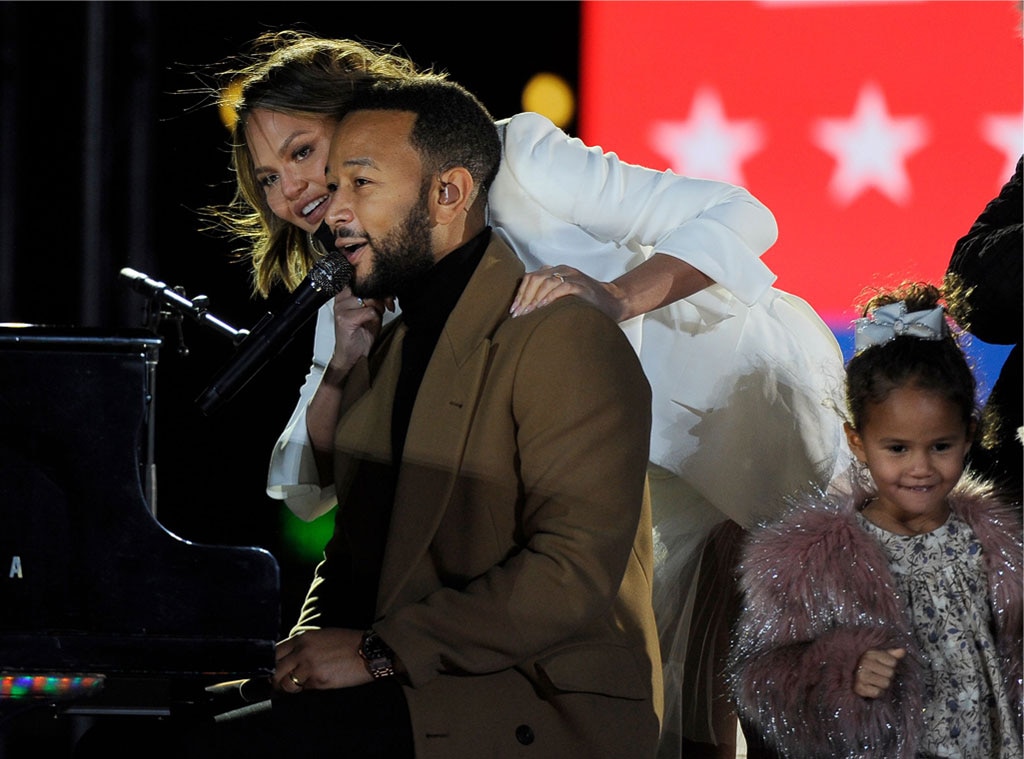 Chrissy Teigen made a surprise appearance alongside her husband John Legend.

The "All of Me" singer had a few familiar faces join him onstage at a drive-in rally in support of presidential nominee Joe Biden and vice presidential nominee Senator Kamala Harris in Philadelphia on Monday, Nov. 2. Before singing "Never Break," the 41-year-old EGOT winner asked Teigen, their daughter Luna, and their son Miles to come up for the performance.

"We're teaching our young people early that they've got to participate in their democracy," he said as the children made their cute cameos.

Luna wore an adorable pink coat and sparkly bow while Miles bundled up in a black jacket and brown boots. Teigen donned a dazzling white ensemble and wore a black mask.

Legend then explained to the crowd that he wrote this song as a tribute to his relationship with Teigen "and the fact that love can get us through all kinds of tough times." The family recently experienced heartbreak after Teigen suffered a pregnancy loss, and they lost their son Jack 20 weeks into the pregnancy. The rally marked Teigen's first public appearance since the pregnancy loss.

In addition to performing "Never Break," Legend sang "Wake Up Everybody." He was also joined by Common for a performance of their song "Glory," which they wrote for the 2014 film Selma and won Best Original Song at the 2015 Oscars.

Legend and Common weren't the only musicians to take the stage that evening.

Lady Gaga did, too and belted out her Academy Award-winning number "Shallow" from the 2018 film A Star Is Born. She also performed her 2011 hit "You and I."

Watch the video to see Legend's family join him onstage.