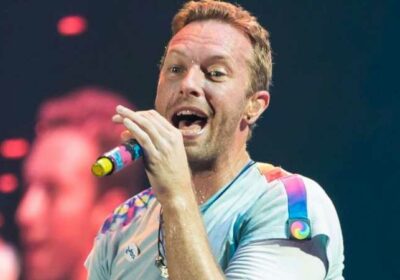 Chris Martin is starting the new year off with a change, as he has reportedly sold the Malibu home he shared with Dakota Johnson in favor of a new property nearby.

The Coldplay frontman didn’t live in the Malibu home for long before putting it on the market. Last March, a source confirmed to E! News that Dakota had moved in with him after Chris purchased the estate for $12.5 million several months earlier in January.

The source described the home as ‘brand new’ and ‘private’, adding that it’s in walking distance to a private beach where Chris also owns several other homes.

The two-story home comes with 6 bedrooms and 9 bathrooms as well as many other desirable features, including a game room, theatre room, outdoor pool, spa, and barbecue area.

It’s unclear why Chris sold the home after less than a year of living in it. But he appears to have secured a good deal, as he was offered almost $2 million more than he bought it for. The identity of the buyer hasn’t been disclosed, but the off-market deal was reportedly sealed quietly in mid-December before the holidays.

However, the musician was quick to invest the profit into a new property. Reports say that he bought another, more private home nearby for $14.4 million. It’s unclear if Chris plans to live in the property, renovate it, or simply hold onto it for a profit.

Another source told E! News that the singer has a passion for buying real estate, explaining, “He loves the [Malibu] area and has been scooping up properties.” They added. “He knows it’s a great return on investment and he enjoys the process.”

Realtor notes that Chris owns three other properties in Malibu.

Chris and Dakota have been together since 2017, though the celebrity couple are notoriously private. Dakota uncharacteristically opened up about their relationship to Elle last month, admitting they like to keep things ‘private’.

The 50 Shades of Grey star said they prefer to “be at home and be cozy and private” versus going out. She added that “most of the partying takes place inside my house.”

Dakota also has a variety of beautiful properties to her name. For instance, in 2017, she made headlines for purchasing a $3.3 million home in West Hollywood. Some of her neighbours included Jimmy Kimmel and Kendall Jenner. Dakota had actually purchased the home the year prior, but the news wasn’t released to the media until the next year.