Chris Hemsworth Discovers He Has Genetic Predisposition to Alzheimer's 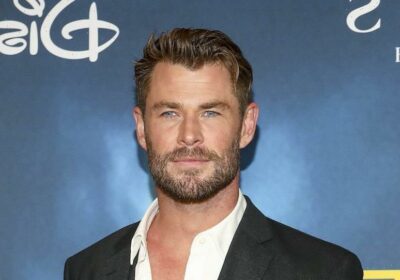 Chris Hemsworth discovered that he has a genetic predisposition to Alzheimer’s disease while filming his new docuseries Limitless.

“There was an intensity to navigating it,” Hemsworth, 39, told Vanity Fair on Thursday, November 17. “Most of us, we like to avoid speaking about death in the hope that we’ll somehow avoid it. We all have this belief that we’ll figure it out. Then to all of a sudden be told some big indicators are actually pointing to this as the route which is going to happen, the reality of it sinks in. Your own mortality.”

The Thor star underwent a series of genetic tests for the National Geographic show — which focuses on facing the reality of aging and death — and ended up uncovering what he calls his “biggest fear.” The Australia native has two copies of the gene APOE4: one from his mother and one from his father.

“It’s like one in a thousand people [who have two copies of the gene] … or one in 10,000. I can’t remember,” Hemsworth said, adding that the results make him “eight to 10 times more likely” to battle the neurodegenerative disease in his lifetime.

Despite the initial shock, the Ghostbusters actor said the knowledge helped him make positive changes to decrease his risk.

“If you look at Alzheimer’s prevention, the benefit of preventative steps is that it affects the rest of your life. When you have predisposition to cardiovascular heart disease, cancer, anything — it’s all about sleep management, stress management, nutrition, movement, fitness. It’s all kind of the same tools that need to be applied in a consistent way,” he explained.

Hemsworth shares three children — India, 10, and twins Sasha and Tristan, 8 — with his wife, Elsa Pataky. The Home and Away alum hasn’t yet told his kids the health news.

“I don’t think they could have grasped the concept or have the understanding,” he explained. “But again … it’s not like I’ve been handed my resignation and this is what it is. … It’s not quite that situation, thankfully. One day I’m sure I’ll bring it up. They probably want to test themselves and [find out], ‘Are you in the category that’s going to be sensitive to this or not?’”

The Marvel star added that he thinks one of the benefits of getting older is becoming more selective about which projects he takes on, allowing him to be more present in his children’s lives.

“Now, if something’s going to pull me away from my family and my kids, it’s got to be a positive, constructive, collaborative experience,” he said.