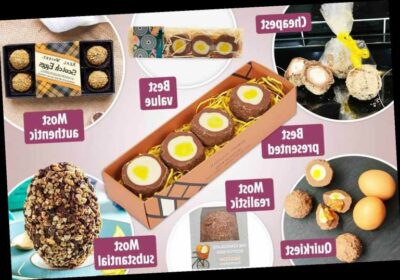 THE argument raged over whether they were a starter or a main – but now Scotch eggs have become a dessert, too.

Chocolate versions of the snack – which usually combines sausage meat, egg and breadcrumbs – are the must-have gift made by posh companies this Easter. 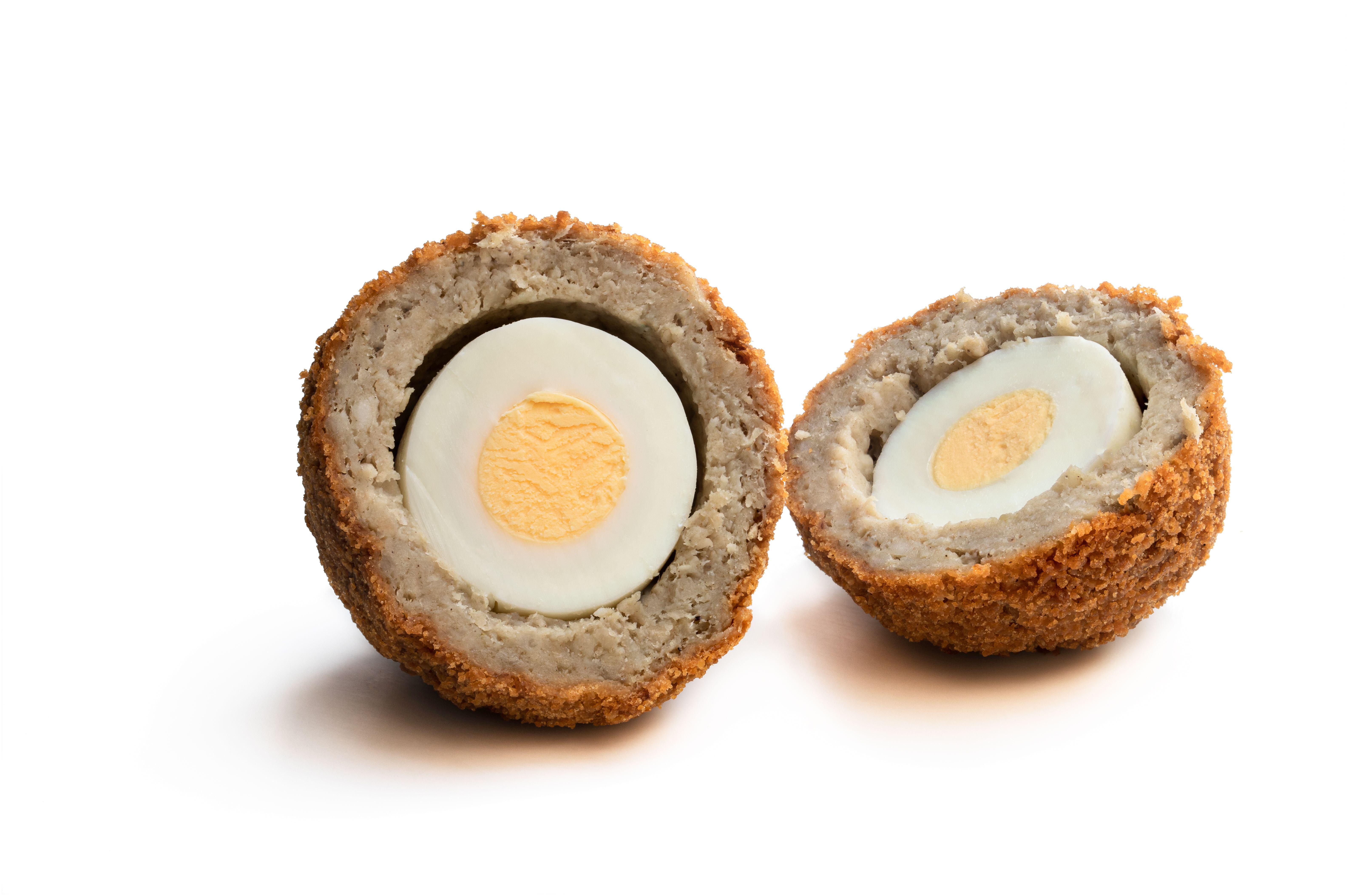 Last year, government ministers were left scrambling over whether a Scotch egg constituted a “substantial meal” that would allow Tier 2 pub-goers to get a pint, too.

MP Michael Gove initially said they were only a starter, while Tory colleague George Eustice said they “would count as a substantial meal if there was table service”.

Now this Easter, shops are offering chocolate versions for those with a sweet tooth – but sadly without a pub pass.

Here we look what’s on offer. 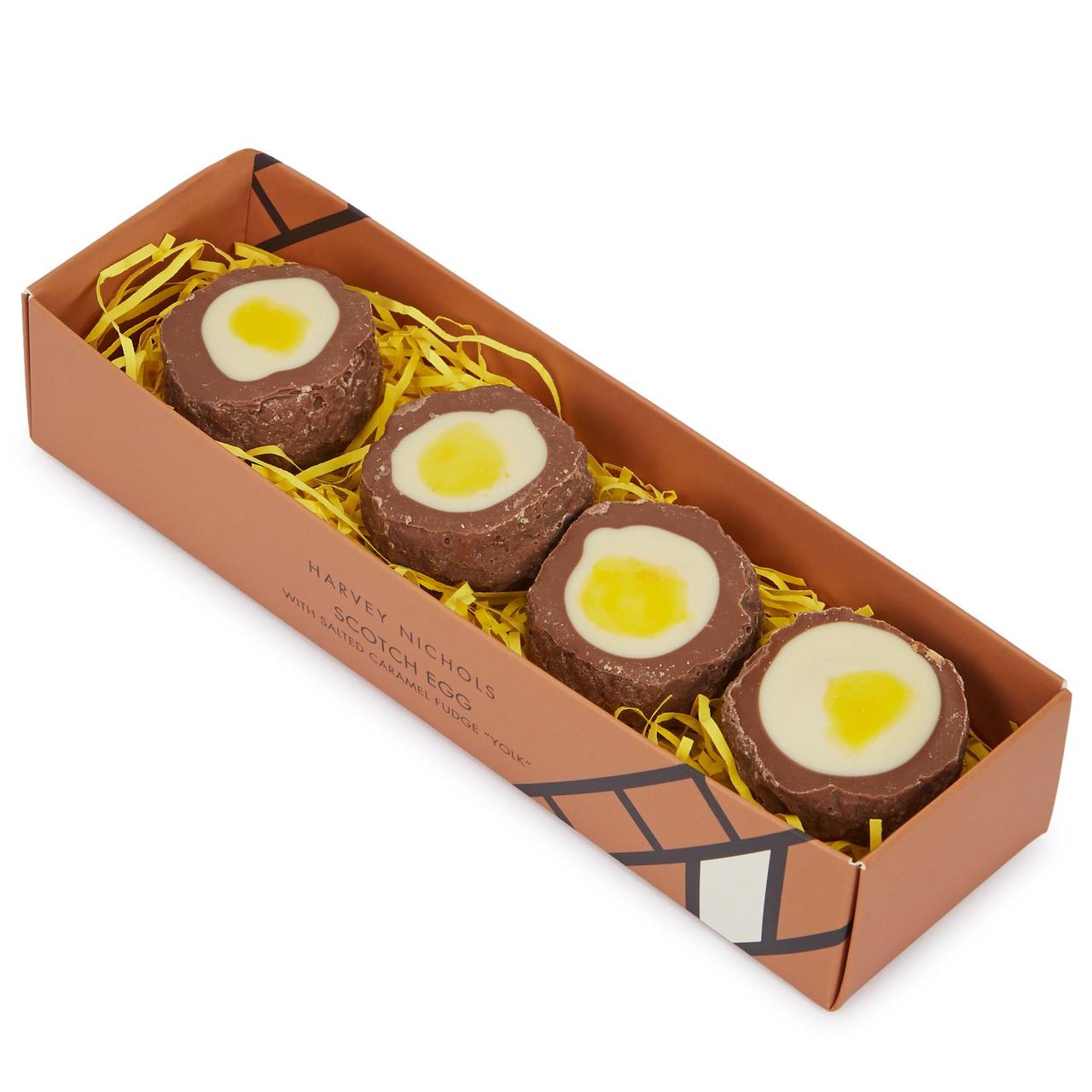 HARVEY Nichols Scotch eggs (80g, £8.95 at ocado.com) come in a box of four, made to look like they are nestled in a bed of straw.

A salted caramel fudge “yolk” is contained inside milk chocolate. 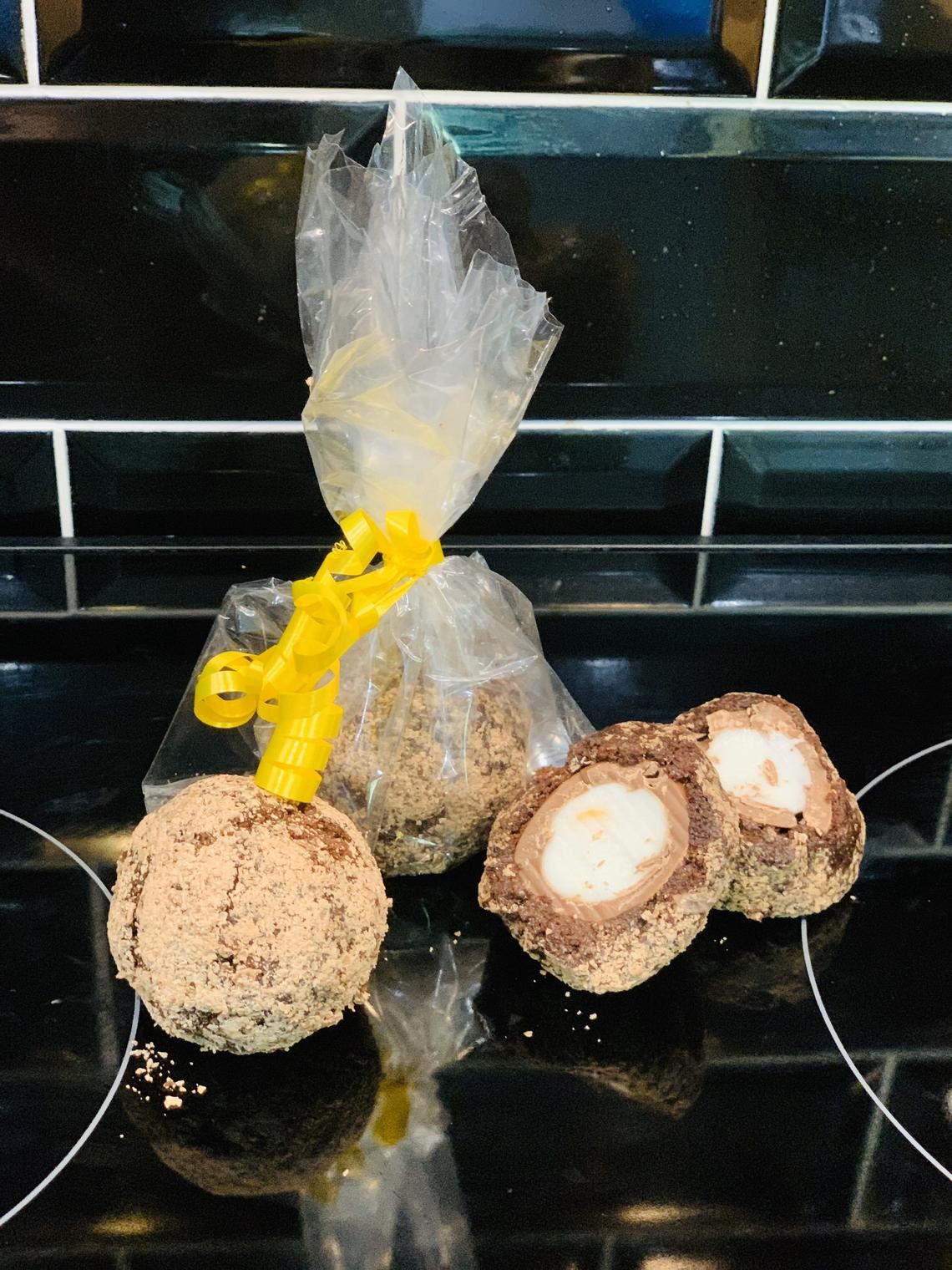 THE KatealisiousCakes creme egg brownie Scotch egg on Etsy contains a Cadbury’s Creme Egg in its centre, encased in a chocolate brownie and then rolled in flakes of chocolate. 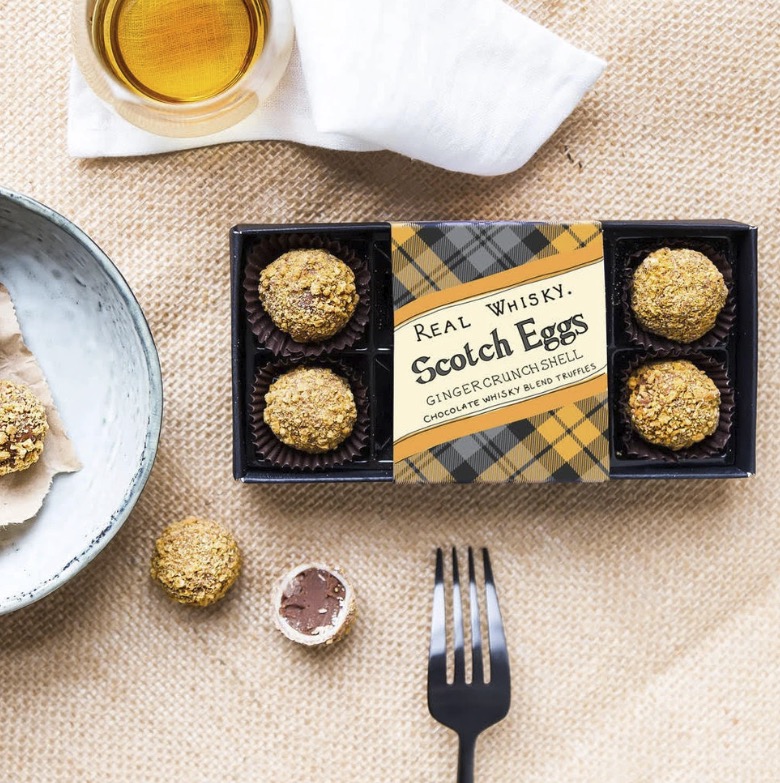 REAL Whisky Scotch Egg truffles really are Scotch as they are made in Edinburgh – and they are the only ones that contain booze.

They are made with a ginger crunchy coating and whisky ganache centre and cost £11.99 from firebox.com. 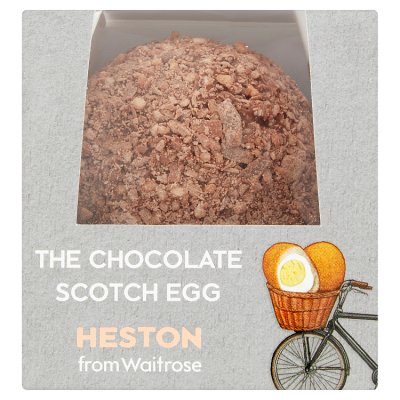 HESTON Blumenthal from Waitrose The Chocolate Scotch Egg (110g, £4.80) is one of the largest and most realistic, filled with a mango sauce and a chocolate and caramel ganache.

The unique treat has proved so popular it is sold out online, but still available in store. 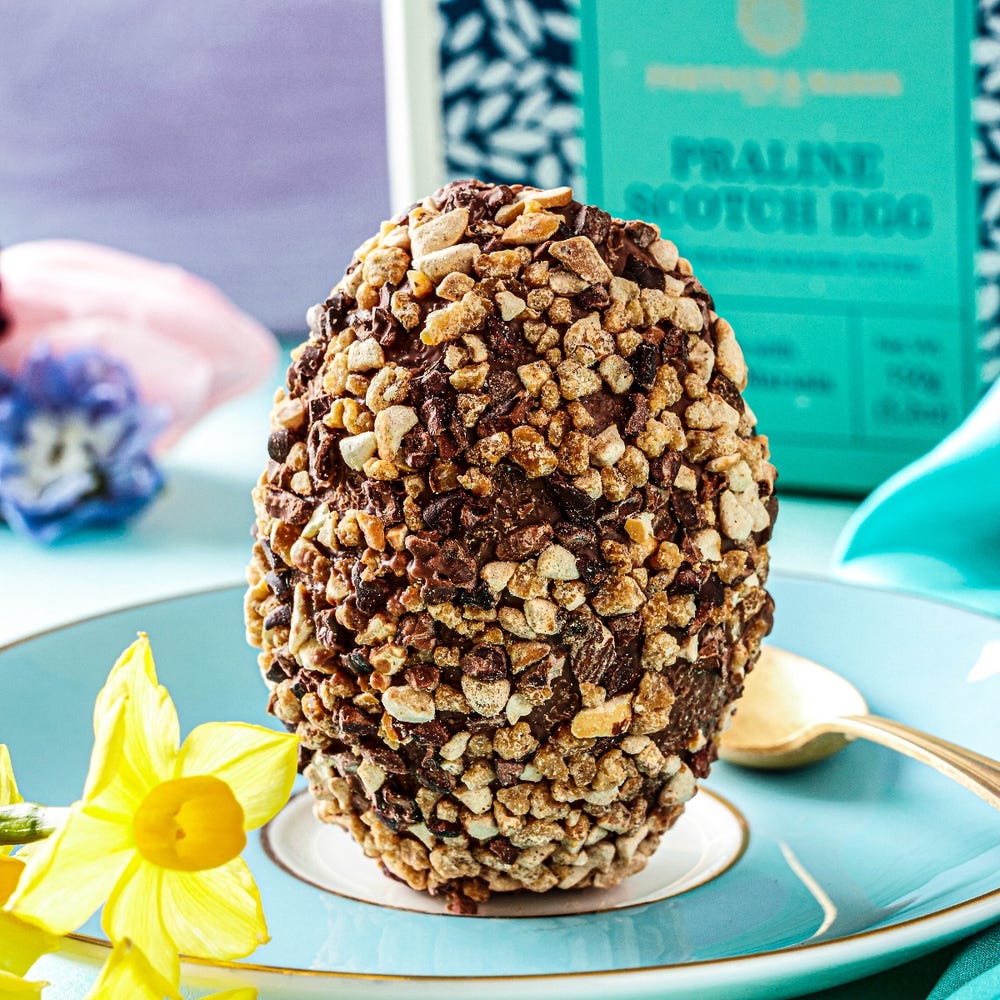 AT 130g each, Fortnum & Mason’s Easter praline Scotch egg is the largest on offer.

Described as a “lip-licking innovation”, it has a simnel-flavoured milk chocolate praline and an orange ganache centre, wrapped in a chocolate and hazelnut coating. 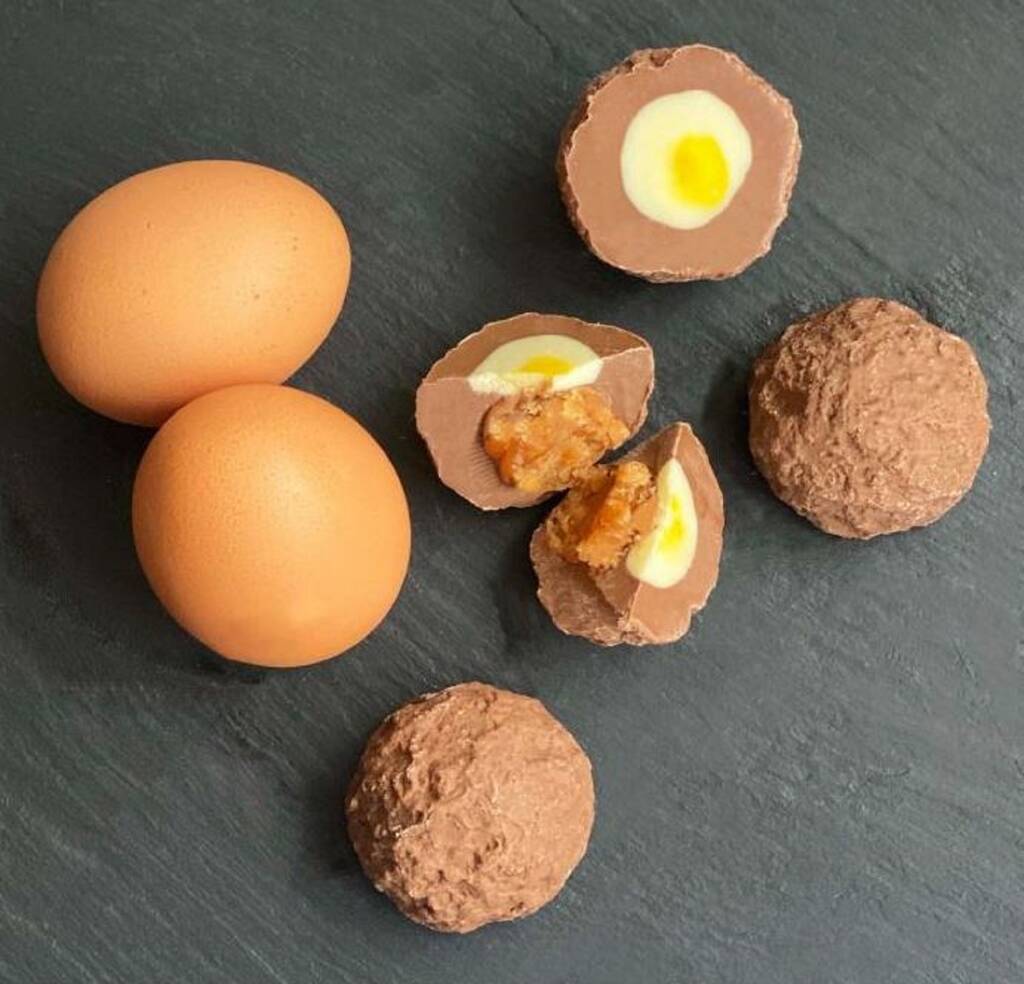 NOT On The High Street chocolate Scotch eggs (£11.99 for four) are made by artisan chocolatiers as “the perfect alternative Easter gift”.

The eggs contain a fruity, white chocolate and mango-flavoured sauce.

FENWICK fudge-filled Scotch eggs (160g pack, £9.99) are hand-made in Bath and described as having “layers of deliciousness”.

A white chocolate “yolk” contains a caramel fudge centre – and it’s all wrapped in milk chocolate.