Sure, some people tuned into “Monday Night Football” to watch the Washington Redskins take on the Philadelphia Eagles, but if you’re more into comic books, female superheroes and Brie Larson blasting things, the debut of a new “Captain Marvel” trailer is a bigger deal.

Check out the new footage that fills in a bit more story-wise, especially in regards to the cosmic war between the Kree, noble space heroes with whom Captain Marvel’s connected, and the shapeshifting supervillainous Skrulls. 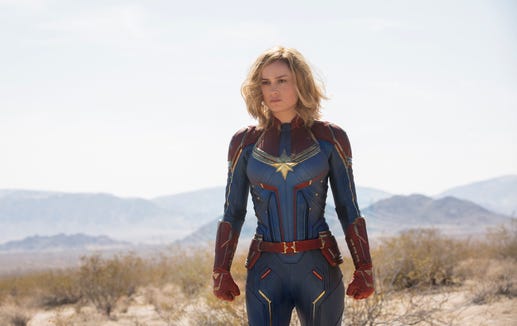