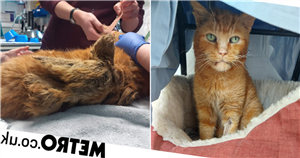 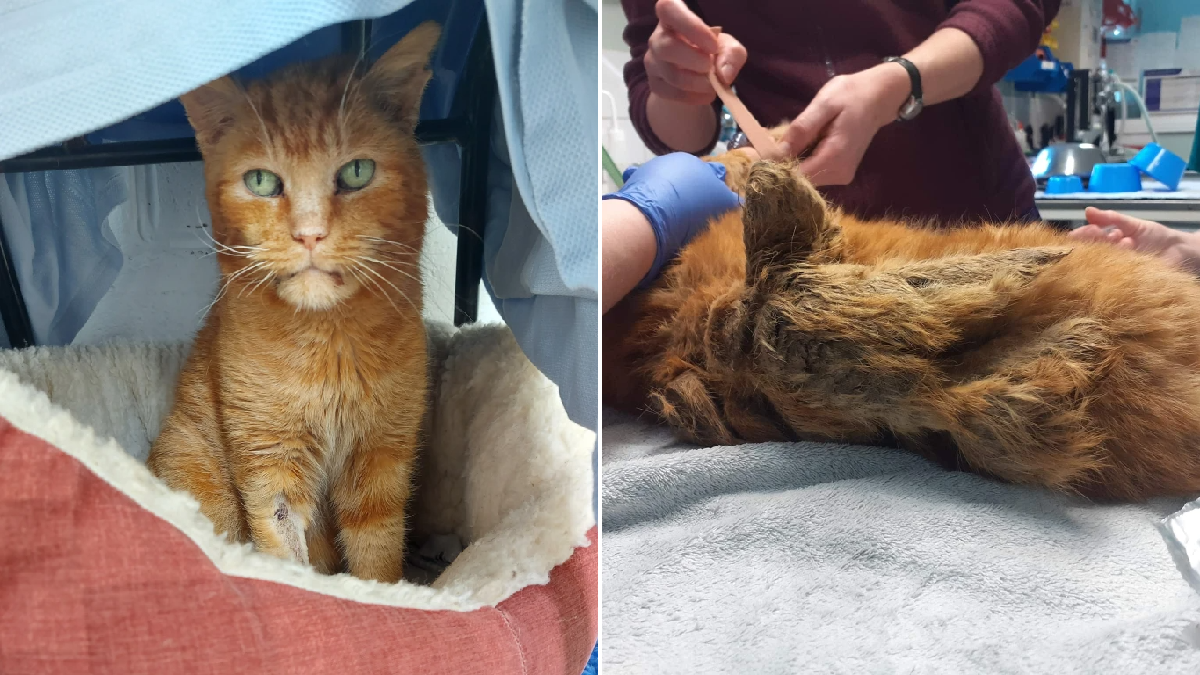 A homeless cat who was rescued from the streets with matted clumps in his fur, is now looking for a family after a serious grooming session.

14-year-old Brian was found wandering the streets alone with huge, matted clumps of fur along his back, which vets said made him look like a dinosaur.

Thankfully, the older moggy was taken into the care of national pet charity Blue Cross, where experts cleaned him up and helped him feel a lot better.

Now clipped, groomed and bathed, Brian is living at a rehoming centre in Burford where he is looking for a new home, but sadly he has not received a single application, despite being a favourite among staff.

The team fears Brian is being overlooked due to his age, but he just needs a cosy, warm retirement home where he’ll be showered with love.

Elisha Webber, Animal Welfare Assistant at Blue Cross in Burford, says: ‘Poor Brian was in such a sorry state when he arrived with us.

‘He was severely matted along his spine, dehydrated and was covered in fleas and ticks. He also needed extensive dental work and some teeth removed.

‘We’re not sure how long he had been alone and wandering the streets but he’s a very sweet natured boy with so much love to give. He enjoys his food and loves to curl up in a nice warm spot.

‘His new owner will need to be patient with him as they’ll need to build up his trust but he’ll make a wonderful companion. He really does deserve a happy ending.’

If you think you could offer Brian a home visit bluecross.org.uk to find out more information.

Brian isn’t the only older cat who has struggled to find a home. Earlier this year, elderly cat siblings Barbara and Bernard were on the hunt for a retirement home to spend their twilight years, and earlier this month, 13-year-old Daisy was also having no luck finding a new owner.