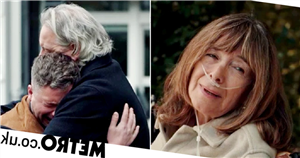 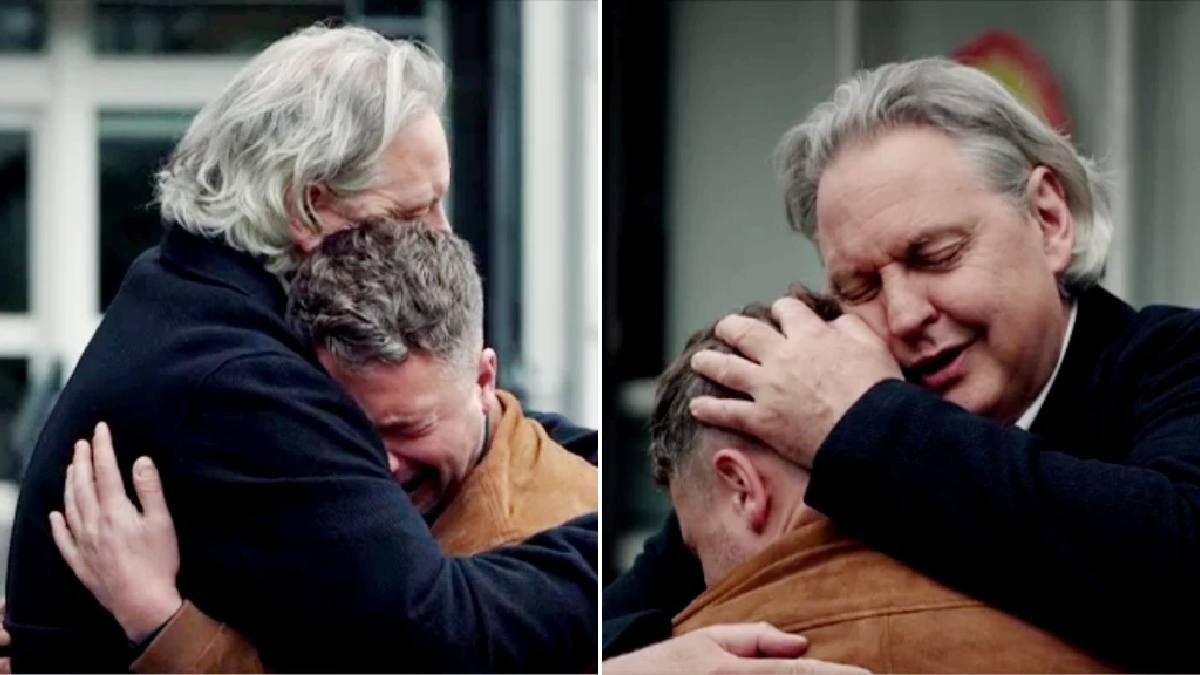 The death of Carole Copeland (Julia Deakin) on Holby City was bound to be unbearably sad, because she’s always been such a sunny, lovable, warm character. The relationship between her and Dominic (David Ames), though it’s had its trials, has been a bond of real affection, support and love.

As Sacha (Bob Barrett) and Dominic took Carole to a special spot by a lake that held lots of happy memories for her, Dominic knew she didn’t have long to live. Sacha realised that mother and son needed some time together and made an excuse to leave them alone. Dominic was able to talk about his sadness that his father Barry hadn’t come to see Carole.

‘You’re better and stronger and kinder than both me and him put together,’ he said. Carole’s face was full of love as she uttered her final words to the person she’s loved the most and been proudest of his whole life: ‘Dazzle, my special boy.’

Julia Deakin and David Ames have shared a lot of wonderful scenes together over the years in Holby, but they were absolutely perfect here. While struggling with disability brought on by dementia and a series of strokes, Carole’s warm personality shone through. David Ames has always been able to make us cry, and his complete desolation at the loss of his mum was heartbreaking.

Earlier there had been some touching moments between Henrik Hanssen (Guy Henry) and Carole, as he finally made himself visit her. Later on he admitted to Russ (Simon Slater) that there was a time when he thought he and Carole might become more than dance partners, and perhaps that was in Carole’s mind when Hanssen asked her, ‘Can I get you anything, Carole?’ and she replied, ‘Love.’

Elsewhere, Oliver Valentine (James Anderson)’s return coincided with renewed hope for terminally ill Sammy Carrington (Oscar Wilkins), as Ollie and Russ discovered that Sammy’s tumour is operable in what will be a high-risk last effort to save him.

Eli (Davood Ghadami) will do the surgery, but he also has domestic worries as he thinks his wife Amelia (Lucy Briggs-Owen) should terminate her pregnancy so she can continue with the experimental treatment that might save her own life from a brain tumour. Amelia, meanwhile, is adamant that the most important thing is the much longed-for baby she’s carrying and nothing will persuade her to have a termination.

She confided her fears in Fletch (Alex Walkinshaw), who reckoned that if Ange popped the question to Josh he’d agree like a shot. Can we expect Ange to go down on one knee – and maybe even look forward to a Christmas wedding?

Sue Haasler is the author of five novels and the official BBC Holby City book, which you can read about here.