Home » Lifestyle » Can YOU spot the animal hidden in this image?

Can YOU spot the animal hidden in this image? Can YOU spot the animal hidden in this image? The latest optical illusion will blow your mind – but you have to shake your head to see it

At first glance it appears to just be a series of black and white vertical stripes.

However, this image has gone viral as people have spotted a hidden optical illusion within the picture.

If you can’t see the animal straight away by shaking your head back and forth, you may need to step further away from your computer or iPhone. 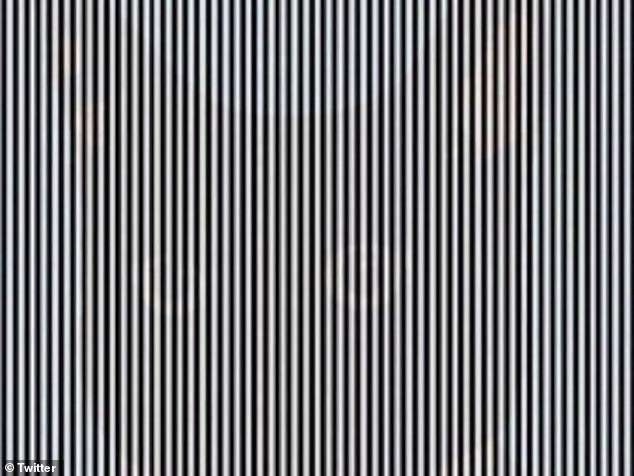 Can YOU spot the animal? The latest optical illusion will blow your mind but you have to shake your head to see it

‘You can only see this optical illusion if you shake your head (I’m serious),’ Ms Dickinson shared online.

So can you see the animal hiding behind the lines?

Twitter users took to the comments section to share their thoughts on the optical illusion baffling them.

One wrote ‘omg that’s amazing’ while another found hilarity in shaking their head in the office.

‘Here I am shaking my head like a crazy person at my work desk,’ they wrote.

Another said ‘squinting works too’ while one suggested ‘turning your screen away from you at an angle.’

Others, however, claimed they could see the cat ‘straight away’ without shaking their head.