Home » Lifestyle » BTS: 1 Member Bought a 'Rat-Infested' Building Instead of a Luxury Apartment Like His Band Mates

BTS: 1 Member Bought a 'Rat-Infested' Building Instead of a Luxury Apartment Like His Band Mates 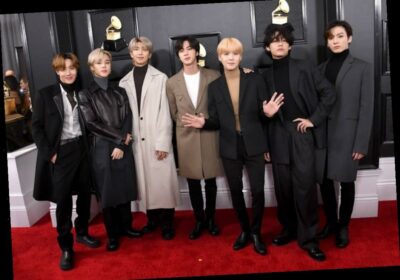 BTS has been making a lot of money these past few years. From selling out concert arenas to landing lucrative advertisement deals, it seems the members of BTS keep getting richer and richer every day.

Like other wealthy people in the world, BTS has been finding ways to invest their hard-earned money. While most of the members bought luxury apartments in South Korea, one person decided to buy a ‘reportedly rat-infested’ building instead.

When BTS first started out in 2013, the seven members lived together in a one-room apartment in Seoul, South Korea. As they got more and more popular, BTS began buying gradually bigger apartments.

Their latest purchase together is an apartment in Hannam THE HILL, an expensive and exclusive neighborhood in Seoul. The members still share a place, though they each now have more space than before.

The members have also spent their own money on individual apartments. Jin and RM both bought apartments in Hannam THE HILL, though the other members went for apartments in other luxury complexes around Seoul.

Instead of buying a fancy apartment in Seoul like everyone else, however, Jimin opted for a run-down building instead. According to South China Morning Post, the building, which Jimin purchased for $3.9 million, is near the famous Han River, though it is old and “reportedly rat-infested.”

However, it seems Jimin was thinking in the long term when making the purchase. The outlet shared that there are plans to renovate the building. It is also located in an area with potential for development, so Jimin could potentially get a lot of rewards from his investment in the future.

What is BTS’s net worth and what else do the members spend money on?

BTS has spent millions of dollars on real estate, so some people might wonder just how much money the members have.

According to Celebrity Net Worth, Jimin and the rest of the members are worth around $20 million each.

As mentioned earlier, much of BTS’s income comes from concert ticket sales and endorsement deals with famous brands. However, the members’ net worths also increased in 2020 after their company, Big Hit Entertainment, went public. BTS was given shares that added over $7 million to each member’s individual net worth. Aside from spending money on real estate,

BTS also finds other ways to make use of their wealth. For example, the members are known for being charitable, so they often donate money to worthy causes. They have donated a lot of money to help schools and hospitals in South Korea. In 2017, the group also gave money to help those affected by the Sewol Ferry Disaster. In 2020, BTS also made a statement against racism and violence when they gave $1 million to the Black Lives Matter movement.