INTERNET provider BT has gone down leaving hundreds of customers unable to access their email accounts.

More than almost 1,000 customers have reported issues with the service since 11am this morning, according to Downdetector. 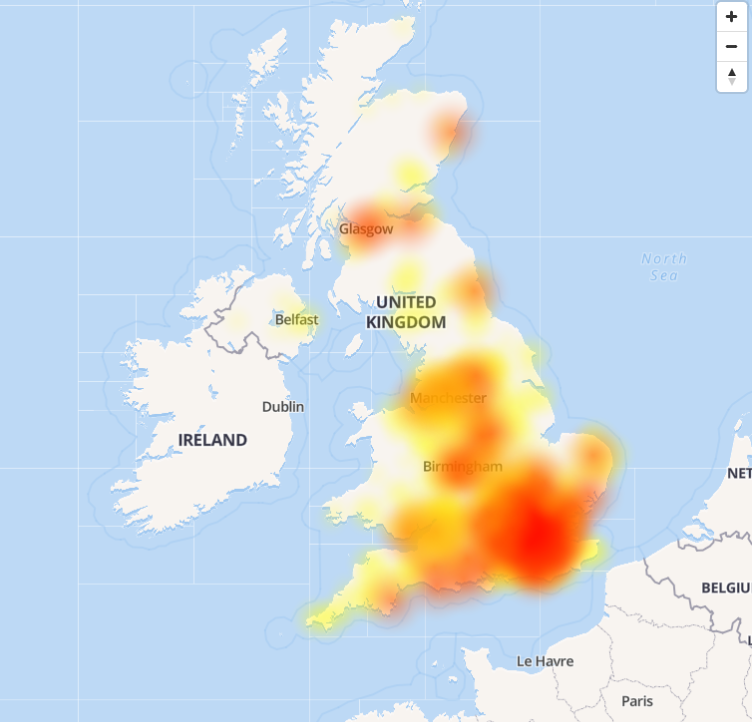 Around 51 per cent of the complaints monitored by the site were about problems with the internet service, while 44 per cent say they are having trouble logging into their email accounts.

Only three per cent of complaints are regarding problems with the phone service.

The BT outage is affecting Yahoo email customers as the broadband provider hosts these addresses.

It comes less than a week after another outage left Yahoo customers without email services for hours.

BT reported the problems on its service page at 12:04pm and believes that it will take up to two hours to resolve.

In a statement on the site, the provider said: "Some BT Yahoo mail customers may be experiencing logging into their email account.

"We are working to resolve this. In the meantime please try to access using webmail."

Frustrated customers have taken to Twitter to report the issues, with many having problems accessing their email via third party apps, such as those on their phones.

But others say they are also having trouble gaining access to to the service via their desktop computers too.

Most customers are being asked to change their passwords and some say that they still can't log in even after they have done so.

One Twitter user wrote: "My win10 mail app wont sync and keeps asking me to update my password and going into my BT account and looking for mail there tells me it "Could Not Connect". Any idea will your problem be fixed?"

Another wrote: "First noticed on the email app on my phone (just saying log-in failed), so I tried to login via webmail on chrome on my phone and got a failed to connect to server type message. "

Tim H said that his email still isn't working on any of his devices even after changing his password.

The problems are currently ongoing – you can check when the service is back up and running by monitoring BT's service status page.

A similar issue left BT customers locked out of their emails in July last year too.