Home » Lifestyle » Broke and 'useless', how the over-55s are struggling to find post-lockdown work

Broke and 'useless', how the over-55s are struggling to find post-lockdown work 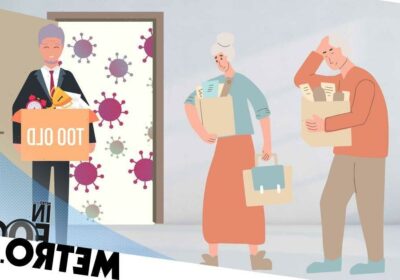 Over the last year, Michele Laurent has battled in vain to get a job.

‘At my age, it is really not easy,’ admits the 55-year-old former florist. ‘It makes you feel useless that no one wants to hire you, or that your skills are not worthy.

‘I just feel put down, like I’m never going to find anything.’

Despite running her own business for over 35 years, Michele is now facing homelessness as she tries to survive living in London on about £350-a-week in Universal Credit after council tax.

While it’s a shocking turn of events, The Resolution Foundation, an independent think-tank focused on improving living standards, say that many ‘older’ workers across the UK are facing the same risks.

According to the group, those aged 55-65 face being ‘parked’ on furlough while younger workers return to their jobs.

Pre-pandemic figures from the Institute of Fiscal Studies (IFS) also revealed they are less likely to make a comeback following spells of unemployment, with less than one in three over 55-year-olds returning to work.

Additionally, reports have found that workers in this age group are less likely to change occupations – something increasingly necessary as traditional brick-and-mortar businesses or office-based jobs shift to online.

Michele explains that after her Bermondsey floristry remained shut for most of last year due to lockdown restrictions, when they did finally lift she made the hard decision not to reopen again, all too aware that her main customer base of office workers was unlikely to return any time soon.

However, this meant that Michele faced the ‘terrifying’ task of re-entering the job market not only in her fifties but without any digital skills. 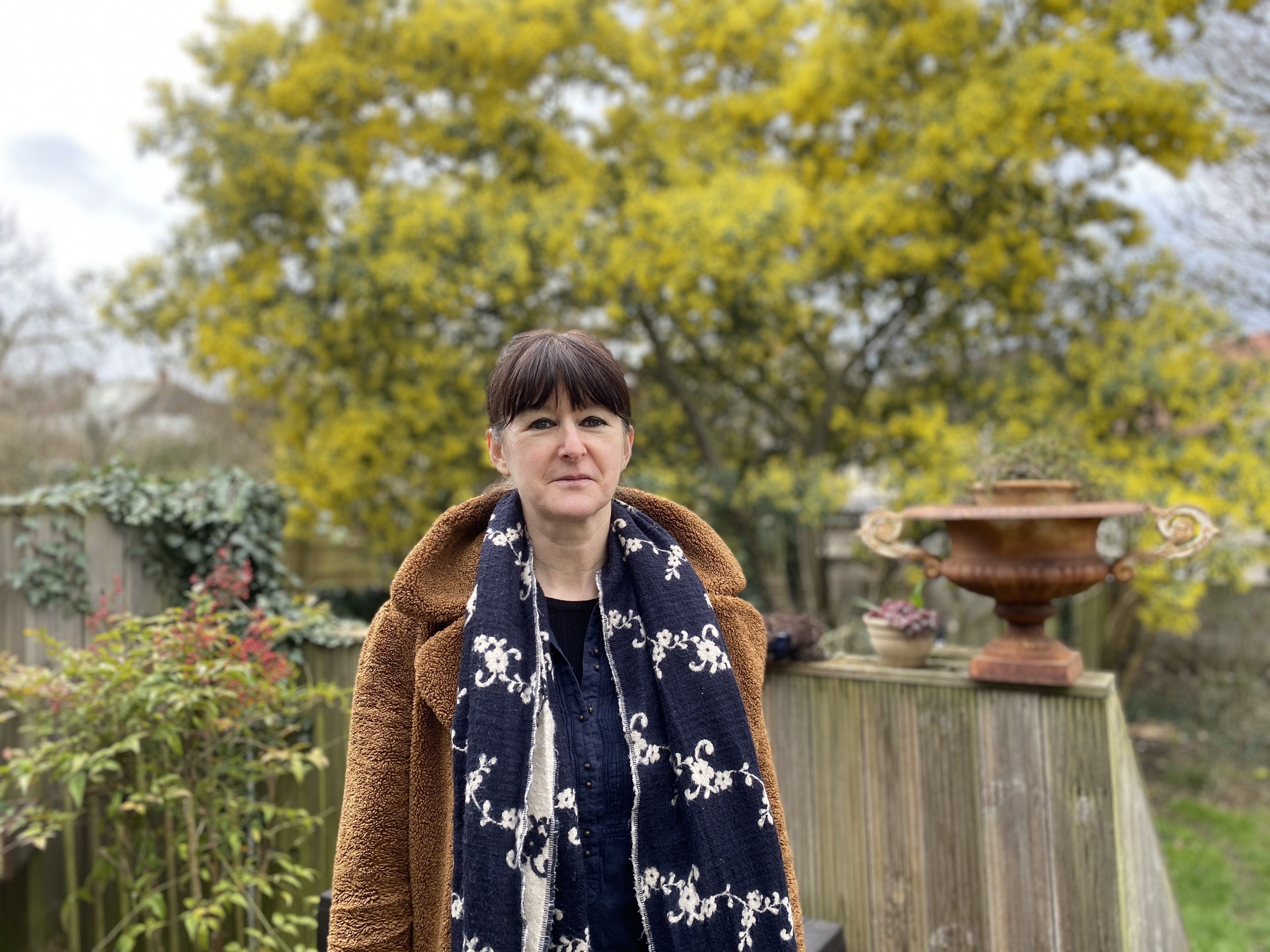 ‘I don’t belong to this world of online things,’ she admits. ‘I was running my business in quite an old-fashioned way. I did my accounting on papers, for example. I never learned how to use computers and now we do everything online so you don’t have a chance to have a meeting now to show them who you are.’

For months, Michele applied for a variety of jobs – including volunteer roles, but to no avail. With help from the charitable organisation Beam, she is now retraining to be a teaching assistant while claiming Universal Credit.

She’s also since learned how to join a Zoom call, use Google docs and fill out online forms – but admits she still experiencing difficulty landing a job.

‘People have an idea that women who are in their 50s can’t do as much or that they are tired, but that is wrong and just not true,’ insists Michele.

According to data from the Ministry of Justice analysed by over 50s website Rest Less, age discrimination saw the biggest year on year increase compared to other types of complaints taken to tribunals.

Meanwhile, the Centre for Ageing Better has found that 36% of people aged 50-69 believe their age would put them at a disadvantage in applying for jobs – more than any other age group.

They also report that almost half of workers aged 55-64 who were furloughed during the recent lockdown remained so at the end of July despite the reopening of the economy.

Martin Williams, from the Isle of Wight, has almost 30 years of experience in advising the operations of port and offshore facilities like wind farms. However, the 59-year-old says he believes his age is part of the reason he has struggled to find work after he was furloughed and then made redundant in July last year.

‘It’s awful. For the first few weeks, I was relieved it happened but gradually that sense of relief faded the more rejections I got from job applications,’ he remembers.

Martin, who has now set up his own communications service as he hunts for work, says he is still too young to retire because he is not emotionally or financially ready to do so, but has struggled to find a new role despite his extensive experience.

‘It became more and more alarming that I wasn’t even getting an interview,’ he says, adding that he quickly began to suspect that ageism was at play.

He describes how one company told him he didn’t have enough experience in writing reports, despite his application saying he had authored more than 200 during his long career.

‘I then suspected that people were looking at my CV, seeing 27 years’ experience and thinking: “There’s two things about this guy – He’s going to want too much money and that he must be nearing retirement.”

‘That’s when I realised what was going on and it hit home that ageism is alive.’

Martin says it feels ‘very unfair for those who have worked hard for years to earn a living and pay their dues with a huge amount of job and life experience.

‘It’s also not fair to say they’re too old when it’s blatantly not true,’ he continues. ‘I have loads to give. I don’t want to stop.’

Warning about the the mental health risks that unemployment poses, Dr Antigonos Sochos, senior lecturer in developmental and mental health psychology at the University of Bedfordshire, says that older individuals can be ‘particularly affected’ by the stress of unemployment.

‘Those over 50 are expected to be relatively financially comfortable and secure, enjoying rewards gained from a life of hard work and contributions to society and able to support the younger generation,’ he explains.

‘If they face unemployment, they may develop a sense of personal failure, making them vulnerable to depression, substance abuse, and other types of mental health problems.

‘They can often feel ‘discarded’ and suffer a significant blow to their sense of personal and social identity,’ Dr Sonchos adds, saying that uncertainty about survival and physical wellbeing can make older unemployed people vulnerable to various mental health issues, including anxiety disorders.

Mel Dobson, 59, from London, is another worker from the plus-55 age group who has not landed a job despite sending off hundreds of applications.

After losing her kitchen assistant job in a nursery in late 2019 as the school cut costs, she continues to struggle to get work even as the country emerges from lockdown.

Over the last 18 months Mel has been claiming Universal Credit and, facing homelessness, has moved in with her son as the pandemic shut down most opportunities in her line of work.

‘Cleaning and kitchen work is what I’m used to but I couldn’t do anything during the pandemic because I couldn’t go to interviews and the hospitality industry was closed,’ Mel adds.

The 59-year-old said as restrictions lifted, she has sent off endless applications and spends her days working on finding a job. But despite years of experience, she has yet to land any sort of position.

‘Kitchen assistant roles say a year’s experience preference and if not, “training will be given”. But I’ve got seven years and nine months experience and I don’t need to do any training,’ Mel explains. Like Martin, she suspects that her age is hindering her.

In a bid to remedy the situation Mel has taken her age off her CV to improve her chances.

I find it exhausting. I just miss work and the people

‘I feel discriminated against for being older than a lot of applicants, but of course it’s very hard to prove that,’ she says. ‘All people need to do is give me a chance and I can show them what I can do. I just want to get a job but I can only take one step at a time one day at a time.

‘I find it exhausting,’ she admits. ‘I just miss work and the people.’

Many experts are now calling on the government to support older workers to adapt to the changing landscape post-pandemic.

Laurence O’Brien, a Research Economist at IFS who authored their report on the issue, says that older workers were already less likely to change occupations before coronavirus. ‘However, these transitions may become more important as the economy adjusts after the pandemic,’ he explains. ‘It will therefore be important for the government to appropriately support older job seekers back into the labour market going forward.’

Meanwhile, Emily Andrews, deputy director of evidence at the Centre for Ageing Better, says it is ‘vital for over-50s to be given tailored support to prevent them falling into long-term  unemployment.’

She is calling on the government to make this group a priority, and send employers, job coaches and employment support services a ‘strong message’ that over-50s are equally entitled to support as younger ones.

‘Ageism in the workplace is not only bad from a justice perspective but will lead to less effective organisations,’ she says, citing OECD research that found firms with a 10% higher share of workers aged 50 and over than average is 1.1% more productive due to factors like ‘productivity-enhancing complementarities between employees of different age’ and ‘diversity of ideas and knowledge, and skill sets’.

Emily is also calling on the Department for Education to put more resources into educating older workers.

‘As we build back better we’re helping hundreds of thousands of older workers to retrain, build new skills and get back into work through our Plan for Jobs and our 50 Plus: Choices Offer,’ explains a spokesperson for the Department of Work and Pensions.

Meanwhile, a Department for Education spokesperson says, ‘We have put reforming skills at the heart of our plans to recover from the pandemic, supporting people to get the skills they need to succeed at any age.’

They add that the government offers around 400 courses to adults through the Free Course for Jobs initiative as well as offering free Skills Bootcamps and free Skills Toolkit to train adults in basic digital skills and job application support.

However, for Martin, it goes deeper than simply retraining to find a new job. He describes losing his work as a kind of grief.

‘I felt like I lost a bit of me.’ he says. ‘One thing I noticed more than anything when I was made redundant was how my job defined me as a person, how important working for a living was for me – what I was doing and who I was doing it with.

‘But suddenly that foundation is not there – it’s gone. I guess it’s like bereavement after you’ve been married for 50 years and your partner is not there.’