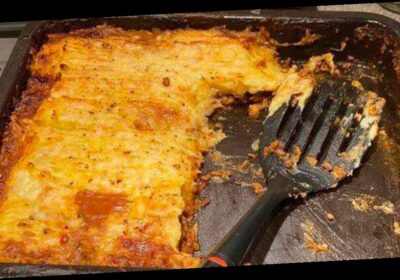 Social media users were shocked this week after spotting someone selling a half eaten cottage pie for £5 on Facebook Marketplace.

The site page is usually used to sell second hand items like sofas or TVs and handmade gifts.

However, it seems that savvy Brits are even willing to sell home cooked food if there’s “no room in the fridge”.

The unusual buy was posted to Reddit where hundreds of people were divided by the money-making scheme.

In the caption, the poster said: “Anyone fancy it?”

While the advert read: “Half a cottage pie for sale. Tasted good when we had it. "

It continued: “Not enough room in the fridge so we need to get rid of it.

“Should last till the end of the week.”

People were split over the item with most thinking the idea was a little unsavoury.

One person wrote: “Do they not have a freezer? Or even a fridge?

“If it keeps for a week why not just keep it and eat it?

“I have a lot of questions.”

“People selling utter s*** on Facebook both amazes me and horrifies me,” added another.

A third commented: “Five quid is a bit much – does that include the tray?”

Someone agreed and said: “How desperate are people for a fiver?!”

While a Brit pointed out that it might be illegal.

He said: “Who would actually buy someone else’s leftovers?

“The number of 'catering' businesses operating from peoples homes that have sprung up over the past year makes my skin crawl.

“Legally they're subject to the same food hygiene rules, same checks as a takeaway, but given how infrequently actual restaurants are inspected, I very much doubt most of them have had more than the paperwork, if they've even had that.”

But some weren’t so put off.

A jokester added: “Throw in last night's pizza crusts and we have a deal.”

While a third said: “OLIO it.”

OLIO is an app which allows people to advertise food they have going to waste so that people can pick it up for free and stop it going to landfill.

Considering that 2m tonnes of the food that goes to landfill in the UK is still edible it's important to try and reduce wastage.